Three patients, two adults and one child, were transported to local hospitals. 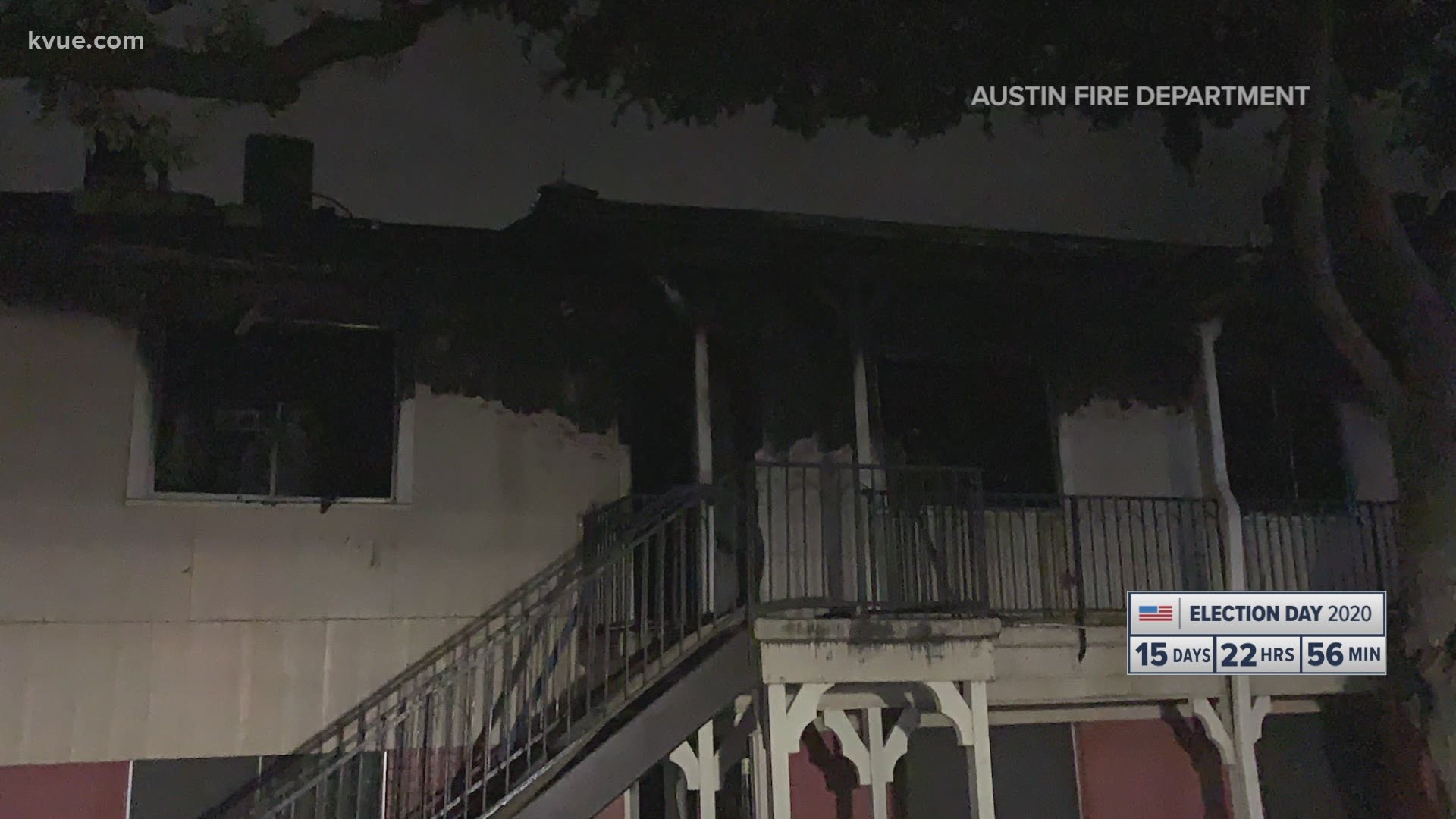 AUSTIN, Texas — Nearly two dozen people have been displaced by an apartment fire in northwest Austin.

Austin firefighters were called to a second-alarm fire at an apartment complex near Steck Avenue and the Mopac Expressway around 12:45 a.m. Sunday.

According to the Austin Fire Department, the cause was an 'accidental cooking fire.'

3 occupants have been transported by @ATCEMS A total off 22 occupants are displaced and will be assisted by @RedCrossCSTR Cause is under investigation. https://t.co/QZlqqkA1pX pic.twitter.com/PMxDrORNeP

RE: Structure fire at 8100 N Mopac Expy Svrd S: #ATCEMSMedics have transported 3 total patients from this incident- 2 adults & 1 child, to Dell Seton & Dell Children’s respectively, all with potentially serious injuries. No other information available, EMS is clear this incident.

One resident, Tim Sigafus, who was in the building on the ground floor when the fire started, spoke to KVUE Sunday.

“I was in bed actually getting ready to go to the gym and somebody came pounding on our door and we go to open up the door and there’s just smoke all over out here," Sigafus said. “It was just scary. I mean I’ve never been in or around a fire that close to me so.”

He added that he hopes the people who were sent to the hospital are okay.

In the apartment building next to where the fire initially started, couple Rebeca Welch and Brandon Gawlik told KVUE everyone reacted quickly.

“The first responders did very well with coming to the scene quickly and helping put out the fire and making sure everyone was out of their apartment," Welch said.

She also added that she's hoping for the best for those who were hurt.

A total of 22 people were displaced by the fire and are being assisted by the Central Texas Red Cross.

Pride at the Polls: Voters vote alongside LGBTQ+ community Saturday

Who gets COVID-19 vaccine first once it's available? Texas has a plan