The AAC is at critical capacity and is asking the community to lend a hand. 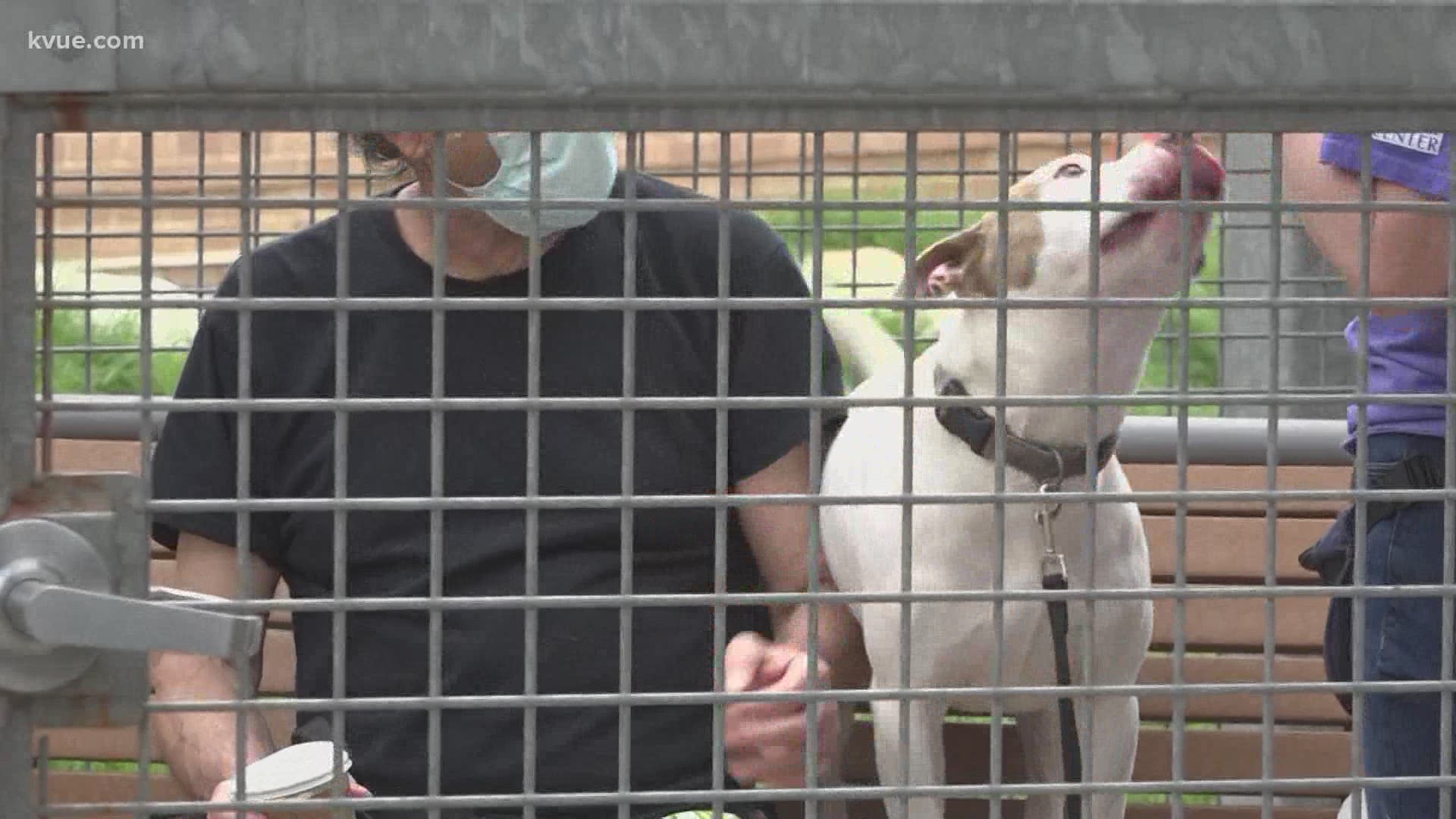 AUSTIN, Texas — The Austin Animal Center (AAC) has finally opened its doors for this weekend only for the first time since closing last March due to the coronavirus.

The shelter originally closed on March 16, 2020, in an effort to prevent the spread of the illness.

The AAC announced the reopening in a statement and urged adopters to visit the shelter again. Walk-ins are welcome from 11 a.m. to 5:30 p.m. Thursday, May 6, through Sunday, May 9.

The AAC is opening its doors due to reaching critical capacity for medium and large dogs, according to its statement. The shelter reached negative dog kennel space on May 4. This means that there are more dogs than kennels available and they are in desperate need of help from the community.

So far this weekend, the number of animals at @austinanimals that found a home has nearly doubled compared to all of last weekend. A rep with the center says they still need more room in their kennels though so keep coming out today and tomorrow! @KVUE pic.twitter.com/B2BGtVEkfn

As of Saturday afternoon, 45 animals have found homes this weekend alone. That already nearly doubles how many adoptions the shelter had all of last weekend combined.

"We've gotten a great response from the community. Thursday was a little slow as people were figuring it out, but Friday we had a huge turnout. Lots of animals got adopted," said Jennifer Olohan, communications and media manager for the AAC. "We are still struggling for space, so we still need people to come out."

Although the shelter continued scheduling appointments during the past year, quite a bit of their finite appointment times were lost due to no-shows.

While intakes of animals slowed down during the pandemic, Olohan said that number is ticking back up again.

Just earlier this week, she said the shelter received 50 dogs, yet on an average day they may find homes for 20 to 30 animals.

"Enough days of having 20 or 30 more animals coming in puts your head above water pretty quickly," she said.

The AAC will still be waiving adoption fees and hopes that the community will step up and help find loving homes for many of the dogs in the shelter and create much-needed space for new animals.

For adopters who already have scheduled appointments this weekend, the AAC recommends keeping to those times due to limited building occupancy. All visitors will be required to wear masks and practice social distancing.

The City of Austin will decide when the ACC can reopen completely. Olohan said she does not know when they will make that call.