Austin and Seattle: Comparing two cities as they grapple with homelessness

KVUE's Molly Oak spoke with a Seattle reporter about what the city is doing to address its homeless population. 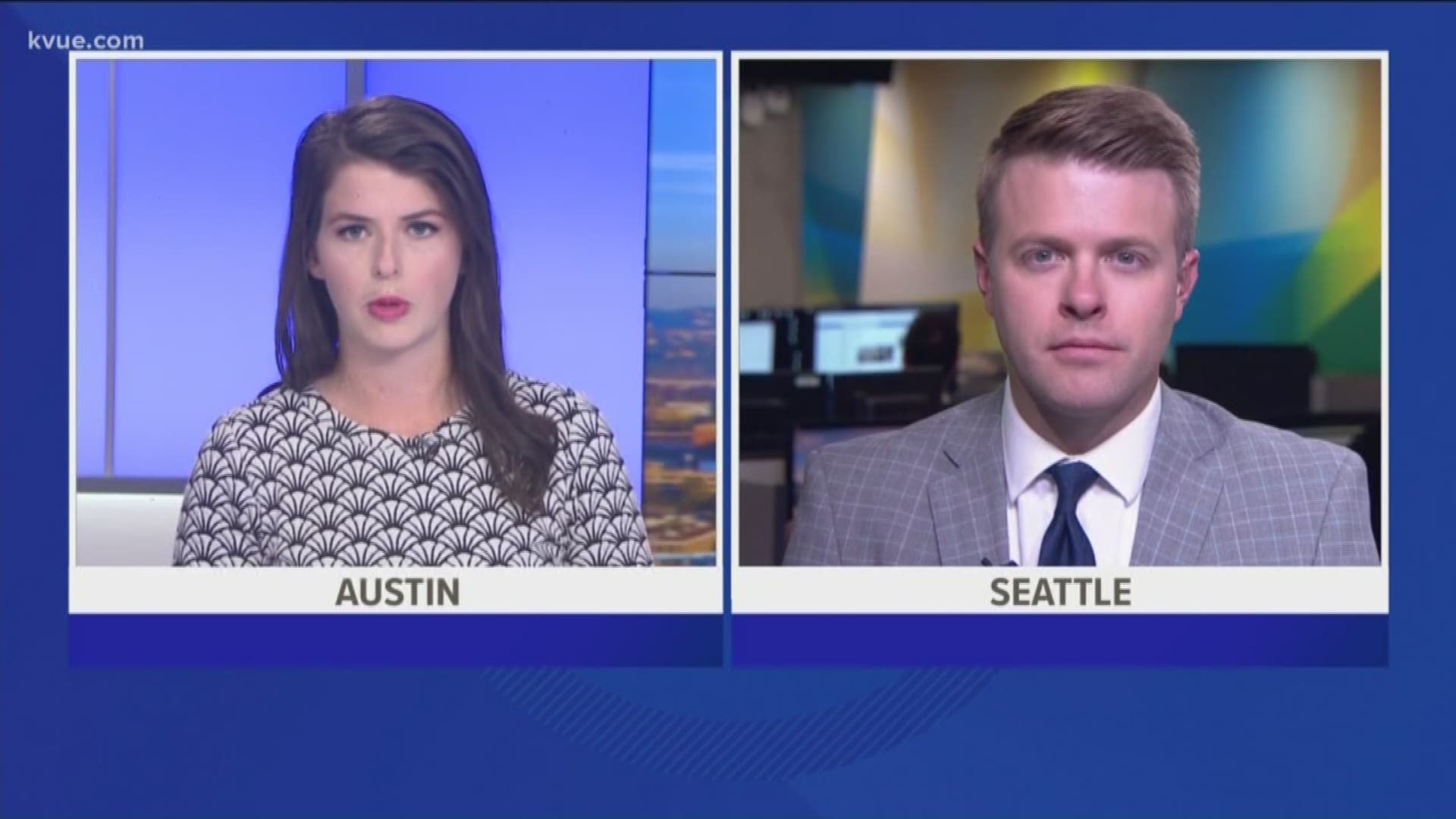 AUSTIN, Texas — As Austin city leaders work to address the homeless population and look for solutions in Austin, KVUE reached out to its sister station KING5 in Seattle to hear how that city has been addressing homelessness.

Mayor Steve Adler traveled to Seattle as part of a trip to discuss public transit this summer. While he was there, he met with city leaders to discuss the homeless population and potential solutions.

KVUE's Molly Oak spoke with KING5 reporter Jake Whittenberg about what Seattle is doing to help the homeless.

"Seattle has been an interesting test case on the homeless issue because it really is a crossroads between the grand debate, which is everyone living on the streets of Seattle is a drug addict that needs to go compared with the group that thinks these folks need compassion and people need to be approaching the situation in a much more humane way," said Whittenberg.

Whittenberg said the city does not have homeless ordinances in place, aside from no trespassing laws. He said Seattle's mayor, council and police chief have opted for a "hands-off" approach.

He said city leaders are working on other solutions, like additional shelters and a navigation team that goes out and interacts with the homeless face to face to get them into treatment.

Whittenberg said the "common complaint" from people in the city is "that the streets are a mess."

"When you talk about the crowded sidewalks, the tents and the camping, that all still remains," he said. "One thing that is interesting, and we are seeing now that we have seen more money put into this issue, we've actually, for the first time since 2012, seen the number of homeless people on the streets decreasing. That's actually quite the phenomenon. We are down about 1,000 people on the streets."

Whittenberg also offered some advice for Austin as the city works to find a solution to homelessness.

"What we have seen in Seattle is at least city leaders attempting things. There are some that say the city is not doing enough to fix the homeless problem," he said. "The more and more this issue is out there, the more companies and local businesses express their frustration, their concerns at public comment sessions at city council, the more that solutions seem to come to the table."

Whittenberg said Seattle has seen things like tiny houses or tiny villages pop up, along with local companies, like Amazon and Microsoft, donating money to help solve the problem.