According to one of the airport's wildlife management biologists, there have been 175 bird strikes this year. That's one more than in 2018. 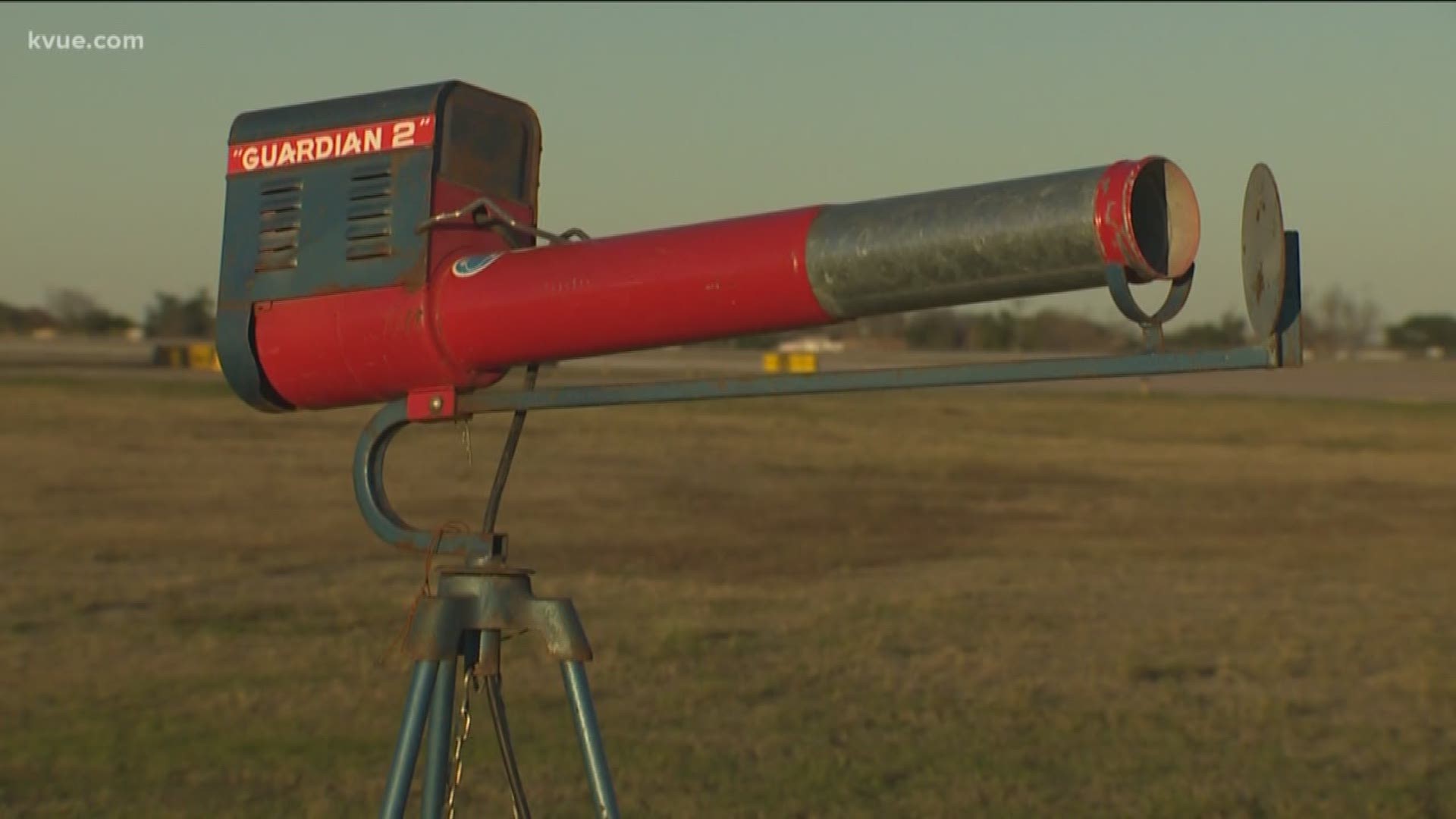 AUSTIN, Texas — Austin-Bergstrom International Airport will record more bird strikes this year than last year, but not by much. That's according to Chris Moret, one of the airport's wildlife management biologists.

"[The] majority of what we do is just try to prevent strikes with aircrafts and birds," Moret said. “They’re fairly common. The vast majority of them are just basically remains found on a runway and presumed to be a strike with no corresponding pilot report.”

According to Moret, there have been 175 bird strikes this year. That's one more than in 2018.

"Overall, it's been pretty constant, I think, relative to the number of flights that are operating at the airport environment," Moret said.

From January to October, there have been 174,904 takeoffs and landings from the airport.

Moret also said birds are attracted to airports because they could offer a food source, some open space, native vegetation that birds are accustomed to and more.

Moret said it's often airport personnel who examine the runway that find the deceased birds.

“The majority of strikes are found by our own operations personnel and what they're trained to do is, when they find remains on a runway or within the safety area of that, they just presume it’s a strike, document it according to the FAA standards," Moret said.

He said pilots are the other source of reporting bird strikes.

Credit: Andrew Sanchez
Chris Moret, an airport wildlife management biologist, holds a crested caracara. He said this particular bird was found on a runway without a corresponding pilot report.

Moret said the strikes usually cause little to no damage to a plane and morning doves are usually the type of bird involved.

“Most of the time, there's no damage, no incident, no effect on the flight," Moret said.

But when it comes to the engine, that's when there could be cause for concern.

“Even a relatively small bird can do quite a bit of damage to an aircraft – particularly if it's ingested into an engine," Moret said.

So, how do they work to prevent these bird strikes from happening?

Moret said one of the ways is firing a propane cannon near the runway area. Nothing is fired out of it – it's just a loud noise made to scare the birds away.

A proposal to expand the Travis County Landfill just south of the airport caused concern for some people because they said the landfill expanding could cause more bird strikes.

"We're not really, thus far, finding a correlation with the location of the landfill," Moret said. "The data just doesn't suggest that the landfill is a particularly high strike attractant."

Overall, Moret said there is no grave concern but it is something to be aware of.

"We have mechanisms in place to prevent strikes, people tasked with looking at that information," Moret said. “I wouldn’t say its overstated – the majority of impacts are no damage to the aircraft and business continues as normal ... It’s something you don’t want to understate either. It's certainly worth while to have a wildlife management plan in place."