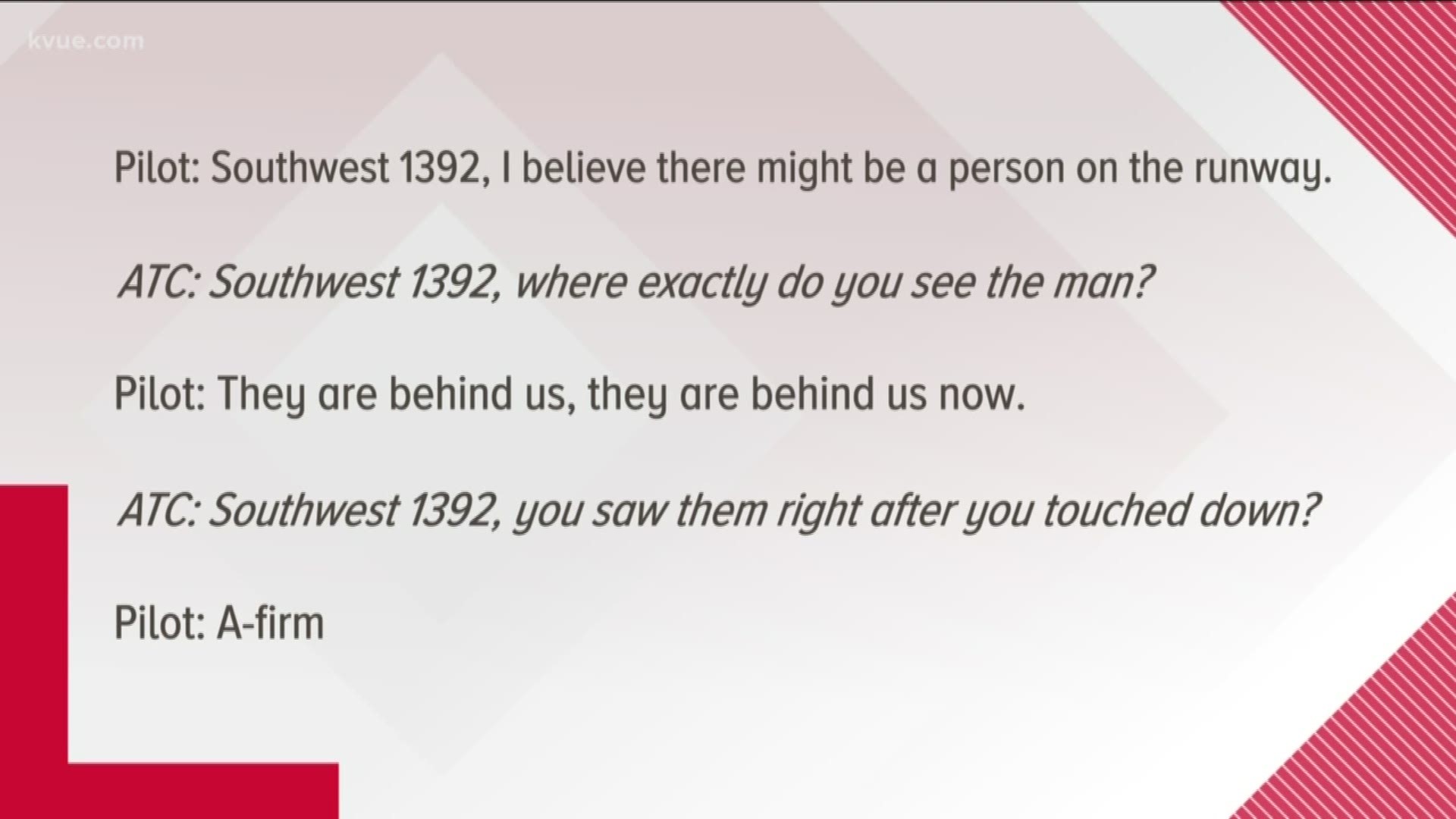 A man is dead after being struck by an airplane on a runway at Austin-Bergstrom International Airport (AUS) on the evening of May 7.

The Federal Aviation Administration (FAA) said in a statement the pilot of the Austin-bound flight reported seeing someone on the runway shortly after the Boeing 737 touched down.

"I believe there might be a person on the runway," the pilot said to Austin air traffic controllers, in audio provided by LiveATC.net.

"Where exactly do you see the man?," the air traffic controller asked the pilot, who responded, "They are behind us now."

According to the FAA, the driver of an airport operations vehicle later found the victim on the runway.

Southwest Airlines flight 1392 from Dallas "maneuvered to avoid an individual who became visible on runway 17R," the airline said in a statement. The plane had 53 passengers and five crew members on board.

On May 11, the victim was identified as 22-year-old Junin Ko.

Southwest Airlines said it is cooperating with local officials to investigate the incident.

The incident closed runway 17R for several hours before the crime scene was cleared around 1 a.m. Friday, May 8, and the airport was able to reopen the runway.

An airport official told KVUE the person did not have a security badge and was not authorized to be on the runway. KVUE also confirmed that no construction was happening on runway 17R on Thursday night.

Police said they do not have information indicating the person was an airport employee.

Although the National Transportation Safety Board (NTSB) has been notified, the APD’s Homicide Unit is leading the investigation of the incident. The FAA sent investigators from the San Antonio Flight Standards District Office to assist the Austin Police Department and other local agencies in the investigation. The FAA said it will look into “all of the circumstances that led to the victim’s death, including how he came to be on an active runway.”

According to Austin-Travis County EMS, multiple units responded to the incident around 8:20 p.m.

AUS has had security breaches in the past. In 2018, a man being chased by deputies jumped the fence and ended up in a wooded area. Other recent breaches have been in the airport apron area (ramp/tarmac).

Officials say this is the first in recent memory involving the actual runway, and the total of past security breaches in the last five to 10 years is in the single digits. The FAA reported that it's rare for a plane to hit a pedestrian and it does not track statistics on this. An airport official told KVUE this is the first "runway incursion" ever at Austin's airport.