More than 17 million passengers went through Austin-Bergstrom International Airport in 2019. 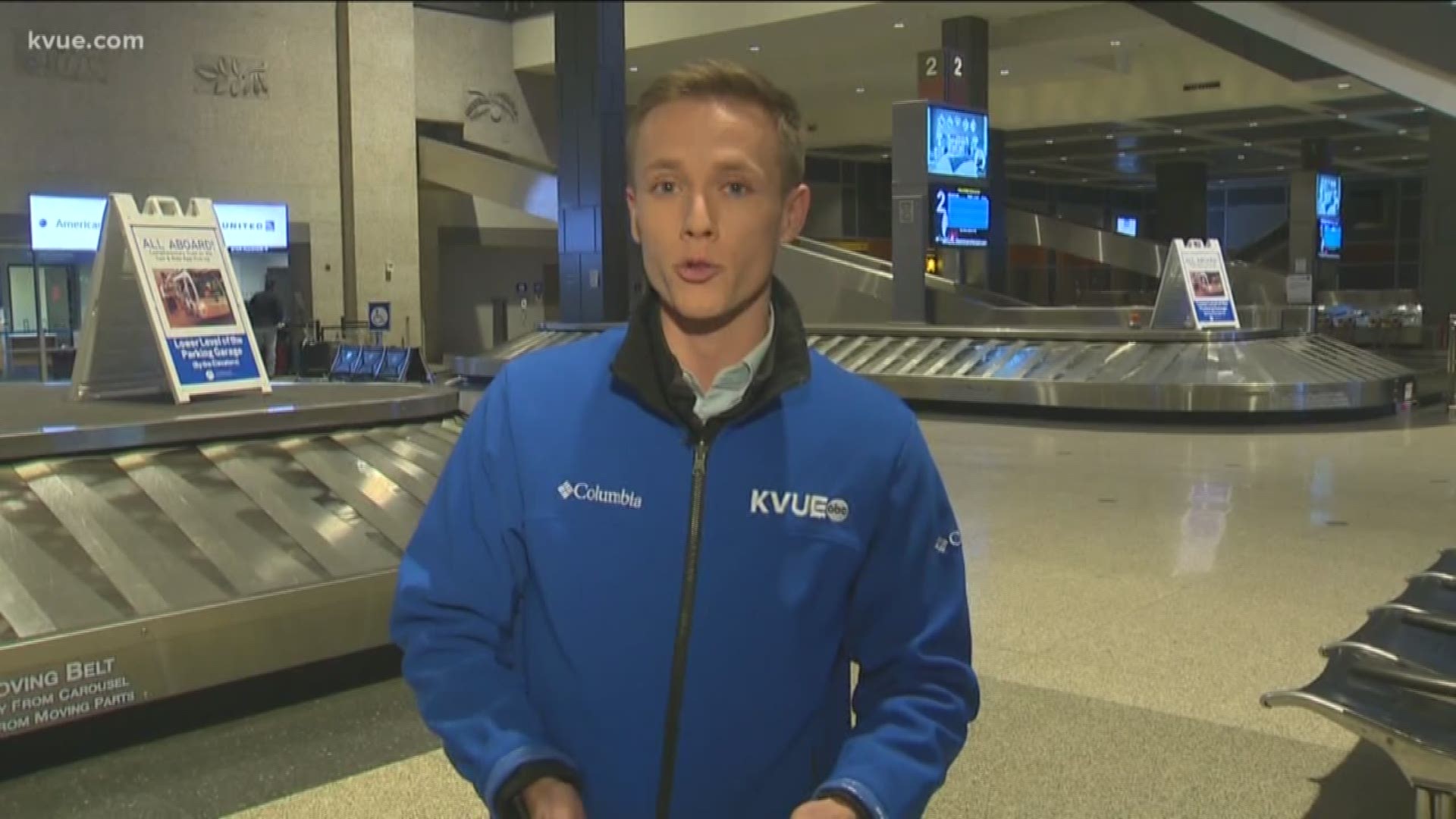 AUSTIN, Texas — It was another record-shattering year at Austin-Bergstrom International Airport (AUS), this time for the 10th year in a row.

The airport has seen almost a 10% increase in flyers since 2018 and the number of passengers has tripled since the airport opened in 1999.

"We currently can accommodate the volume but we understand that as we cross that threshold from a medium airport into a large airport, which we are very quickly on our way to doing so, we will need to add extra terminal capacity," communications manager Mandy McClendon said.

The airport has plans to double in size by 2040 to accommodate millions more flyers expected by then.

Several of the highest passenger traffic days in 2019 were following major events in Austin. The Monday after the Austin City Limits Music Festival weekend in October, 31,165 travelers passed through the airport.

Less than a month later, on Nov. 5, 32,000 passengers were at the airport, most of them leaving after the Formula One race.

KVUE reported in November that on the list of top U.S. midsize airports, Austin was tied with Portland at No. 2, ahead of all other Texas airports.

This year, AUS also added a nine-gate terminal expansion, 31 live shows a week and over 30 new concessions. Travelers made the most of those concessions by buying:

"That essentially signifies that along with Austin, the airport likes to keep it weird and reflect the local Austin flavor," McClendon said.

“The employees of the Aviation Department accomplish astounding records and milestones year after year, for which we are all very proud,” Austin Assistant City Manager Gina Fiandaca said in a statement.

Over 2019, the airport welcomed Jacqueline Yaft as its new executive director.

“With Jacqueline’s leadership, the airport will continue to be a world-class facility we treasure as a community, while also rapidly growing to meet the needs of Central Texas in the future," Fiandaca said.

“We have seen tremendous growth and demand at Austin’s airport over the past 20 years,” said Jacqueline Yaft, executive director for the Aviation Department. “We are even more thrilled as we look to the horizon, and for what we envision for the future of air travel for Central Texas.”