Hundreds of people came to Austin's Carver Library and Museum to meet dozens of authors for the 13th annual event. 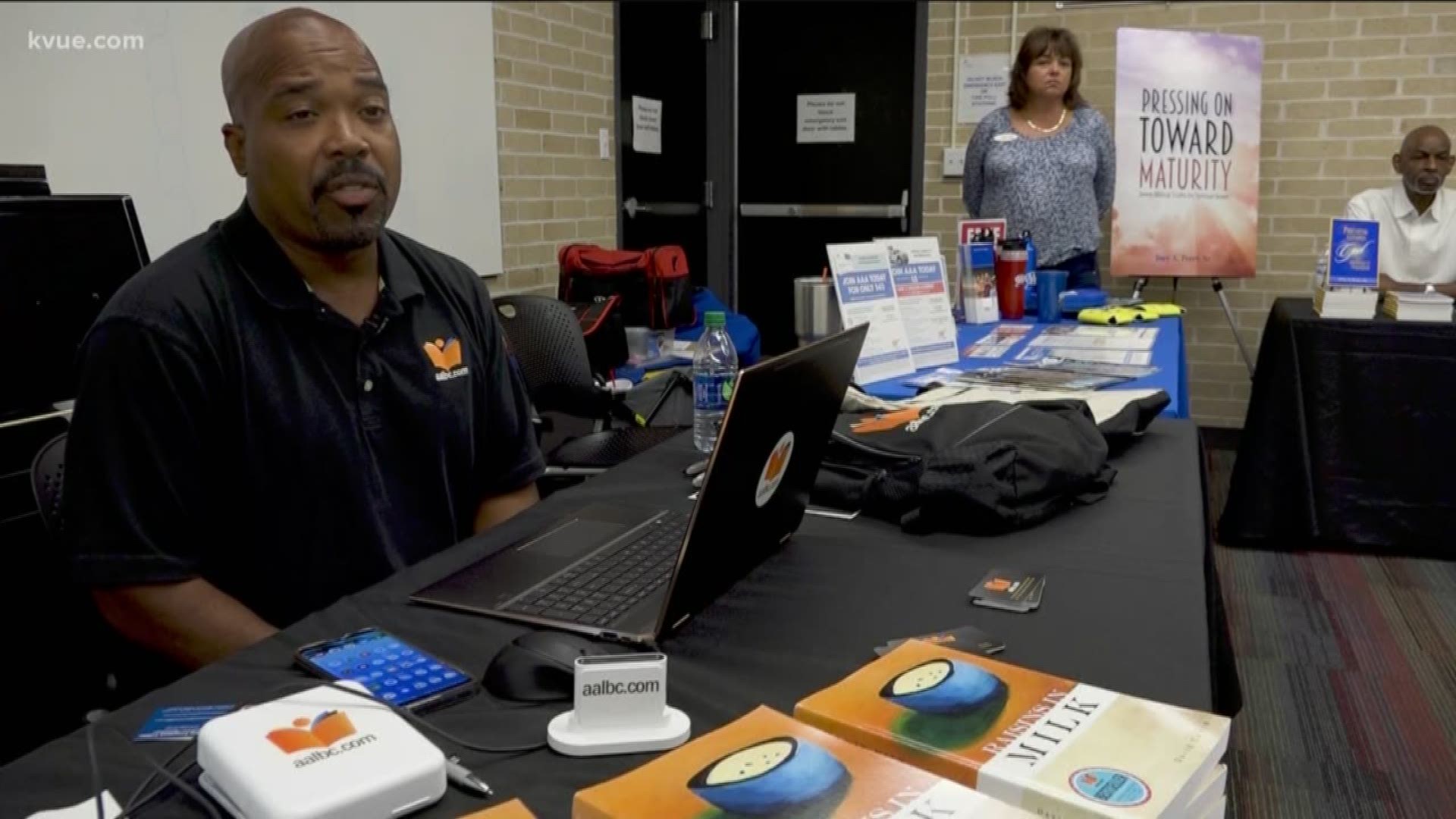 “We're celebrating books by and about African-Americans, and we believe that scholarship and art is a catalyst for activism for empowerment and for enrichment,” said Rosalind Oliphant, one of the event’s organizers.

Hundreds of people attended for a day filled with panels and workshops. The theme of this year’s event was “Making Good on the Promise of Economic Freedom.”

Christopher Michael was one of the authors in attendance from Killeen. He performs slam poetry weekly in Austin.

Michael’s day job is a nurse, but poetry is always on his mind.

“There's been many times I've been forced to stop working because a poem was demanding to be written, right then, right at that moment, so work has to take a backseat to my true love,” he said.

Writing poems hasn’t always been in his blood. It started about 20 years ago.

“I was dating a woman and the military had moved me away for three months and she wanted to break up with me, so I wrote a poem, read it to her, she cried, she stayed, we got married, I'm like, ‘Oh, hey, I'm good at this’,” Michael said.

He’s since published several books and travels around the country to perform slam poetry.

Before he found poetry, he struggled with post-traumatic stress disorder following his time in the military.

“Poetry has also helped heal me. I was in the military and I suffered from PTSD, but writing about the things that I went through, performing those on stage, and purging that energy as you will, really helped me make it through some things,” he said.

But in a time when people can easily shop for books online or download e-books, many festival-goers expressed the need to support authors like Michael in different ways.

“In the African-American space, there are far fewer book stores that focus on that type of literature,” Johnson said. “If you want a diversity of books that you'll enjoy, you have to support diverse platforms. There's just no other way around it.”

Michael sells his books in person, on his own website and on Amazon. He said it’s all part of a larger plan.