An Austin sixth grade student is sharing her story of survival after a near drowning that changed her life. 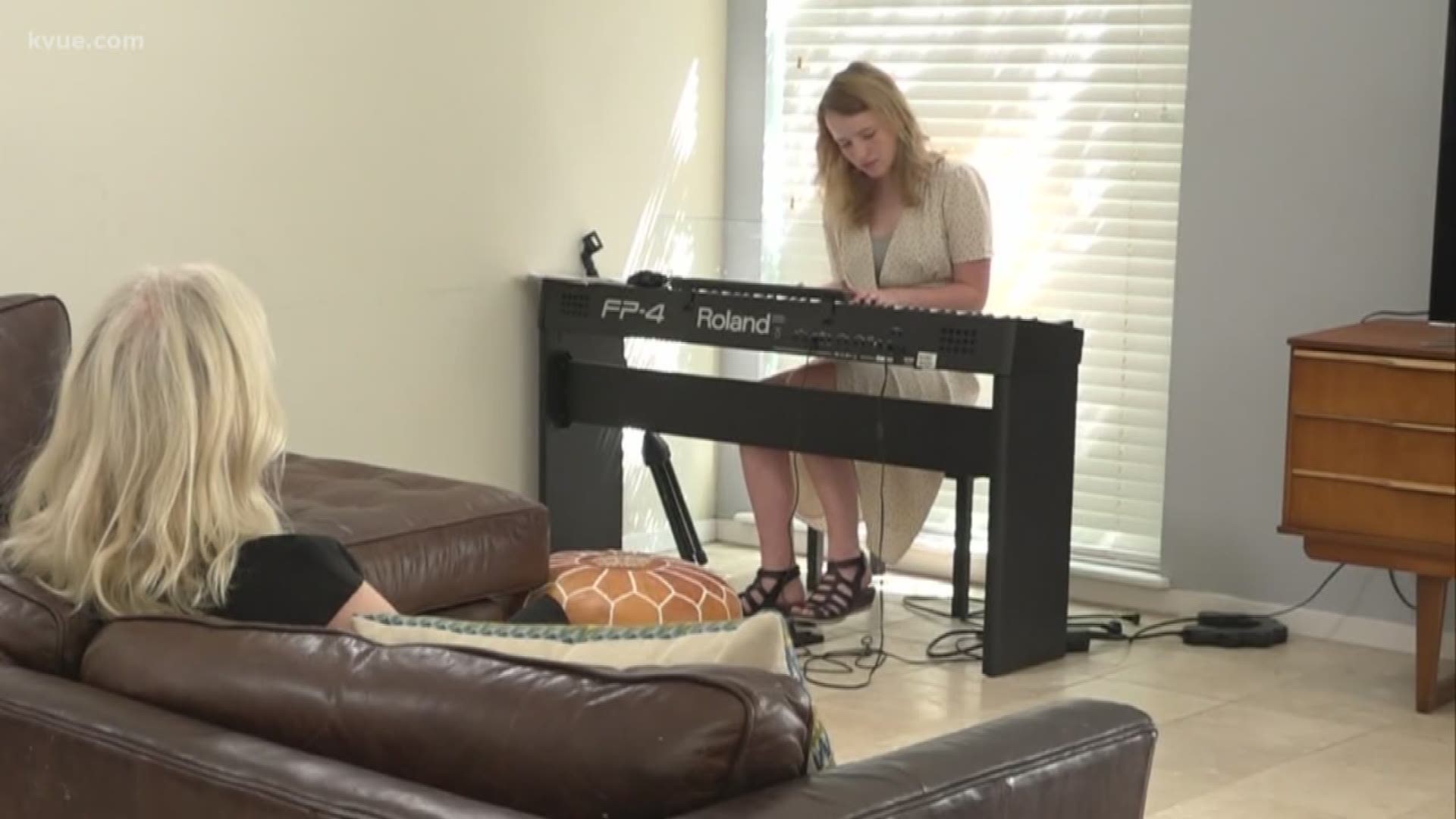 AUSTIN -- There is a group of kids in New York City Friday morning getting ready to perform at Carnegie Hall. It's going to be a special day for everyone involved, including one middle schooler who said music not only changed her life but helped her re-learn how to live.

Casey Irwin is a 12-year-old Austin sixth grader, who has always enjoyed music in one way or the other. Just ask her mom, Julie Irwin.

When she was a baby and she cried, it sounded like she was saying, "La la la," Julie Irwin said. "That was like my little musical kid."

Six years into her life, though, a day at the pool changed everything. Casey started to have trouble breathing while she was swimming and she nearly drowned in the process.

"The lifeguards didn't realize I had drowned until my mom brought me over to the actual bench," Casey said.

Casey had a stroke. While in an ambulance on the way to the hospital, she even stopped breathing for a period of time.

We didn't know what was going on, but I knew it was serious," Julie Irwin said. "It was a horrible, horrible experience."

Casey did recover from her stroke, but it caused her to forget how to walk, read, talk. The right side of her body was also paralyzed.

Casey remained in a rehab facility for about a month so she could start to walk and talk again. During this experience, she had to learn how to write with her other hand, while also having trouble with words she didn't the first time she learned how to talk.

"It was like deja vu," Julie Irwin said. "She was like a different child. Her handwriting is different. She could read before in Spanish and English."

Even though all of this had disappeared, one thing remained that has always been there: music.

"I think if I didn't have music, I wouldn't have learned how to talk as fast as I did," Casey said.

So Casey started taking singing lessons at the Orpheus Academy of Music in Austin. She could barely even read at the time, but she knew that she wanted to give music a try. Klondike Steadman is the owner and director of the academy and said Casey has been full of surprises since the moment she started taking lessons.

"I am always blown away by the power of music," Steadman said, "Once it catches somebody, it just blows boundaries away. Casey is a perfect example of that."

So as Casey went to Orpheus, she also wanted to start playing piano -- even though she couldn't play with her right hand.

"It's not like she looks at the piano and goes, 'Oh, I can't do this because I don't have both hands to play,'" Steadman said. "She just looks at it and goes, 'I want to make music.'"

And while she still plays the piano with one hand today because of her partial paralysis, Casey said taking these lessons and keeping music in her life helped her re-learn all these lost functions.

"In some ways, in that world, she can just be in that world and not feel different," Julie Irwin said. "It's amazing to think about how far she's come."

No matter what happens the rest of her life, making music is something Casey plans on holding onto and never letting go.

"For a kiddo who was in the hospital bed unable to move and I didn't know if she was going to live six years ago, it's pretty amazing," Julie Irwin said.

Casey is one of 40 students from Orpheus Academy of Music who is in New York Friday for their performance at Carnegie Hall. All of these kids are performing to celebrate the academy being open for 15 years.