Keisha Lance Bottoms will not seek another term as Atlanta mayor

Bottoms tweeted the announcement Thursday evening in a letter. 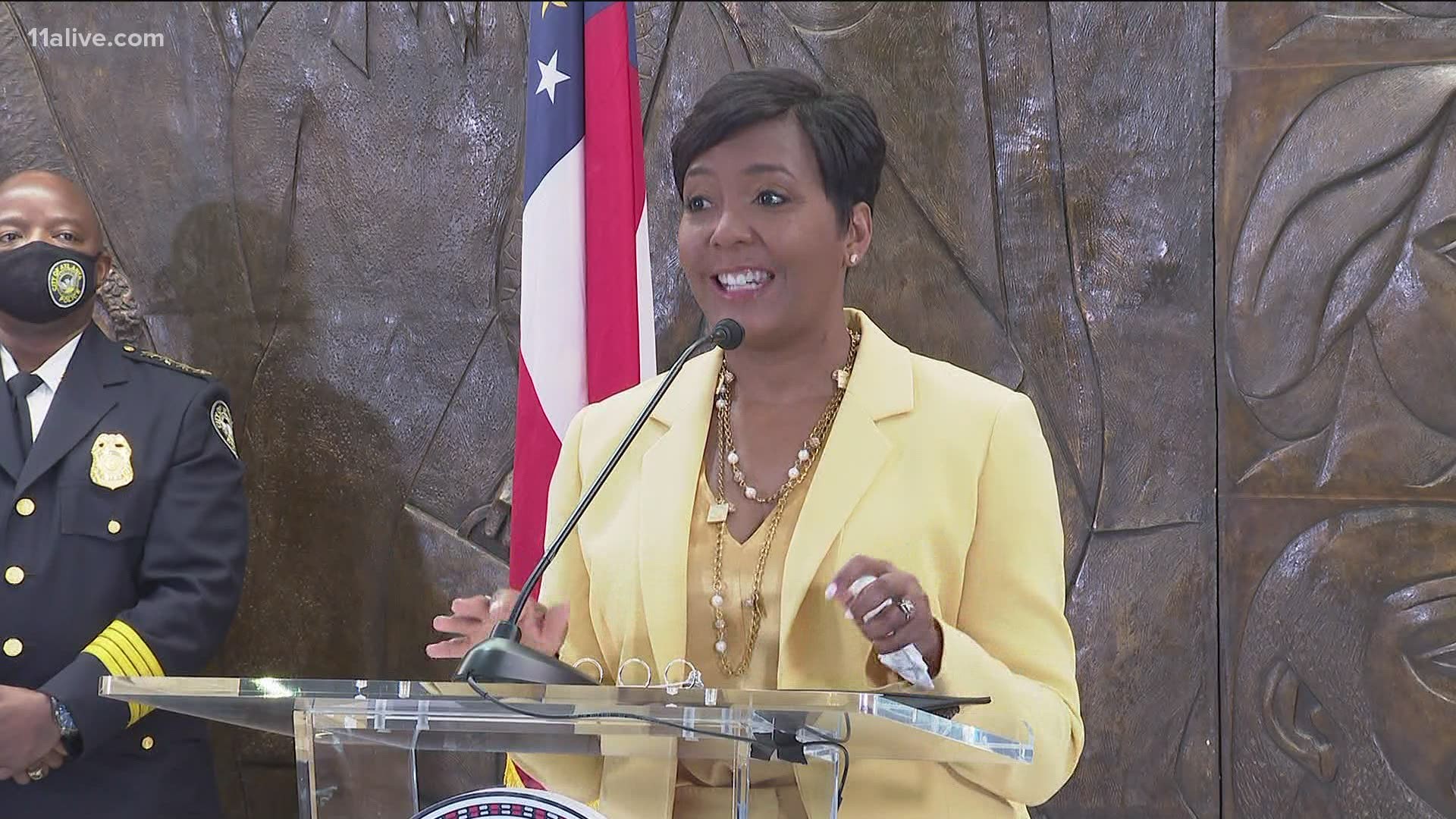 The news comes as a shock to many. Back in Jan. 2020, a spokesperson said she would run again for a second term. However, as of Thursday night, that has changed. She is expected to complete the remainder of her term.

In a letter she tweeted Thursday evening, Bottoms outlined some of the challenges and accomplishments her administration has faced.

"As Derek and I have given thoughtful prayer and consideration to the season now before us, it is with deep emotions that I hold my head high, and choose not to seek reelection," Bottoms said in the letter that starts of with the greeting, "Dear Atlanta."

"It is my sincere hope that over the next several months, a candidate for Mayor will emerge whom the people of Atlanta may entrust to lead our beloved city to its next and best chapter," she added.

She also mentioned that she wasn't certain yet of what her future holds, but she is trusting that "her next season will continue to be one full of passion and purpose, guided by the belief that within each of us is the power and responsibility to make a positive difference in the lives of others."

Bottoms assumed office in January 2018, after defeating Mary Norwood by a margin of a little over 800 votes.

Her 2019 was marked by expanding the BeltLine to the south side, announcing pay raises for Atlanta's firefighters, and making progress on her criminal justice reform priorities - such as her efforts to close the city jail and her moves to restrict public access to minor offense records - as well as her affordable housing and homeless initiatives.

And in 2020, Atlanta was put in the national spotlight after the police killing of Rayshard Brooks in the summer. Protests sparked around the city as people demanded for justice in the case. Authorities said Brooks, a Black man, was shot and killed by a white officer on the police force, Garrett Rolfe. He was fired but reinstated by the Atlanta Civil Service Board this week.

The mayor has scheduled a news conference for Friday at 10 a.m.

"As I have done each day over the many years in which I have served in public office, through the remainder of my term, I will make every decision, keeping what is best for our communities top of mind, and will continue to work diligently to improve the lives of those in our city," she said.

Watch a video from the mayor and read the full letter here.