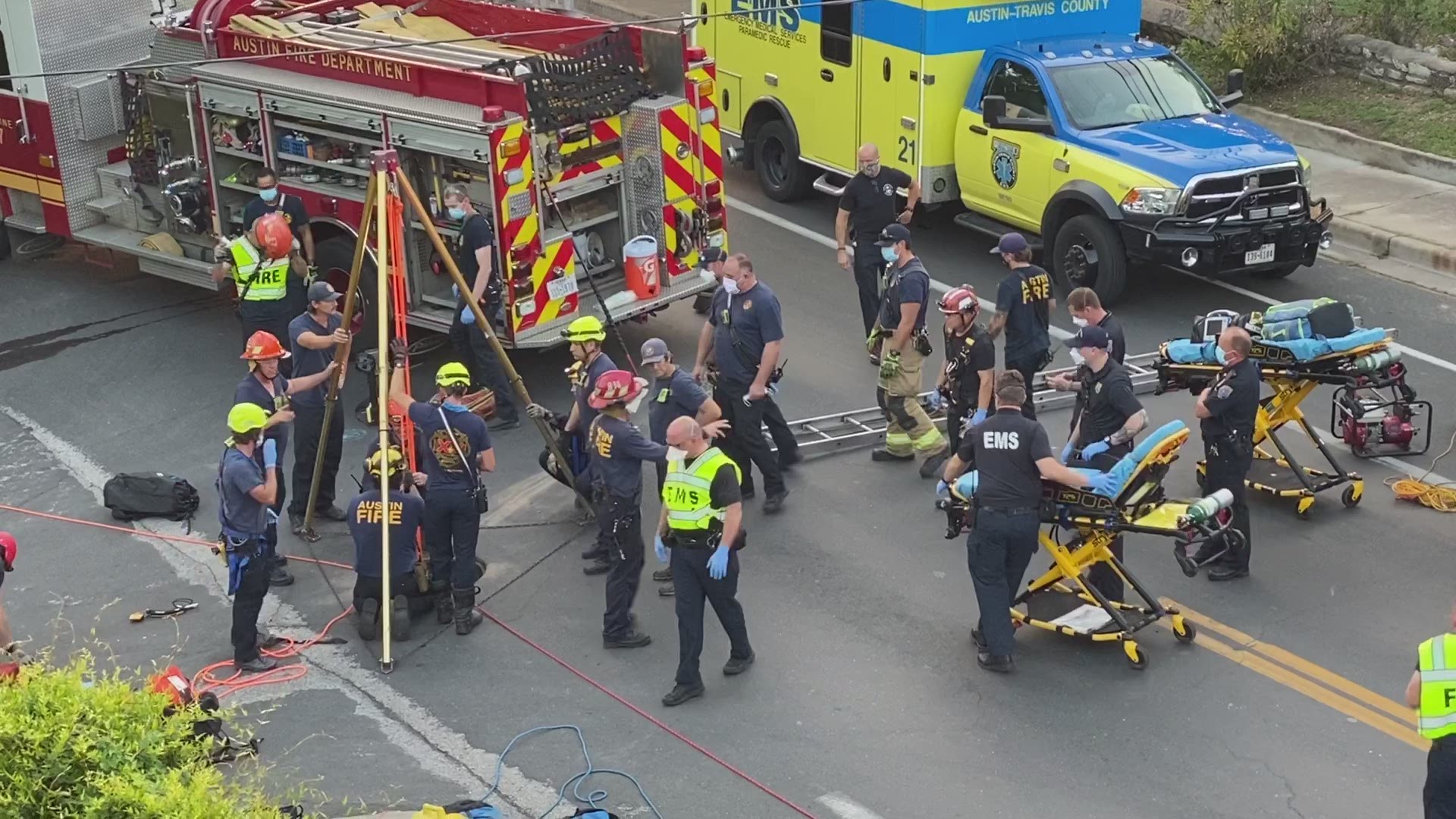 AUSTIN, Texas — Crews with the Austin Fire Department and Austin-Travis County EMS rescued someone who was stuck inside of an underground pipe Thursday evening.

The rescue happened near East 12th Street and Curve Street in East Austin.

RELATED: Swimmer dies after not resurfacing from Lady Bird Lake

According to ATCEMS, someone reported a person was stuck in a horizontal waterway and was unable to get out. The person was at least 55 feet into the drainage system.

Rescuers with AFD's Special Operations Search and Rescue team entered a stormwater system in an attempt to search for the person.

At 8:14 p.m., crews reported they had removed the person from the storm drain, and medics transported them to the hospital with serious, potentially life-threatening injuries. No further information was available.

Video shared by AFD and ATCEMS showed the rescue area.