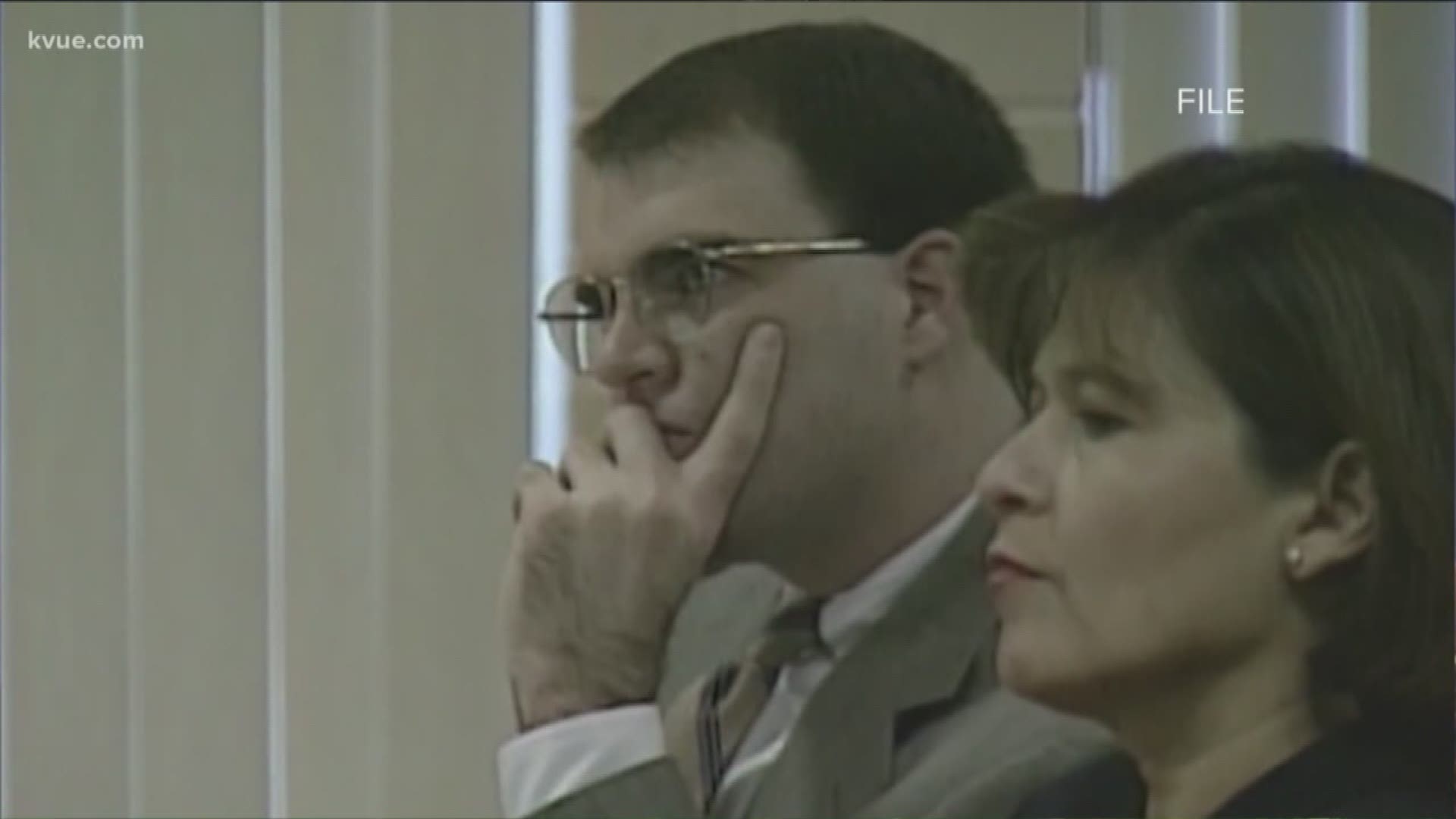 AUSTIN, Texas — The state of Texas executed a convicted murderer on Wednesday evening as the family of another death row inmate called for an end to all executions.

Larry Swearingen, 48, died by lethal injection at the state penitentiary in Hunstville, north of Houston, at 6:47 p.m.

"Lord, forgive them. They don't know what they're doing," were his last words.

In 2000, a jury convicted Swearingen of killing 19-year-old Melissa Trotter in Montgomery County. Since his conviction, Swearingen had maintained his innocence. His lawyer, James Rytting, said Swearingen didn't kill Trotter.

"We have legitimate forensic science, medical examiners whose reports exonerate my client. There should be no question the death penalty should be taken off the table," Rytting told KHOU-TV, hours prior to the execution.

Rytting challenged the murder weapon, a pair of pantyhose, and said the piece used to strangle Trotter and the other half found at Swearingen's home didn't really match. He also challenged how long her body was in the woods.

Rytting claims Swearingen couldn't have killed Trotter because he was in jail at the time on other charges.

Rytting sought a last-minute appeal with the U.S. Supreme Court, but it was denied, and the execution went as scheduled on Wednesday evening.

"It gets under my skin when you have people willing to sacrifice somebody's life when all avenues have not went down," Rodrick, Rodney's brother, said.

Rodney was convicted in 1996 for the murder of Stacy Stites. Rodrick maintains his brother did not kill her.

In both Rodney's and Swearingen's cases, Rodrick cites a lack of evidence that should have exonerated both men.

As Rodney's family fights to free him, the clock is ticking. His execution date is set for Nov. 20.

1 / 9
Andrew Sanchez
A group of protestors gathered outside the Governor's Mansion Wednesday evening. They were there to protest the death penalty and request that Gov. Abbott issue a stay of execution for Larry Swearingen.

'We don't have to be limited': Paralyzed Pflugerville woman featured in Target and Lilly Pulitzer ad