As temperatures rise, Austin is prepared to open cooling centers

When temperatures climb, some might be looking for a safe place to beat the heat. 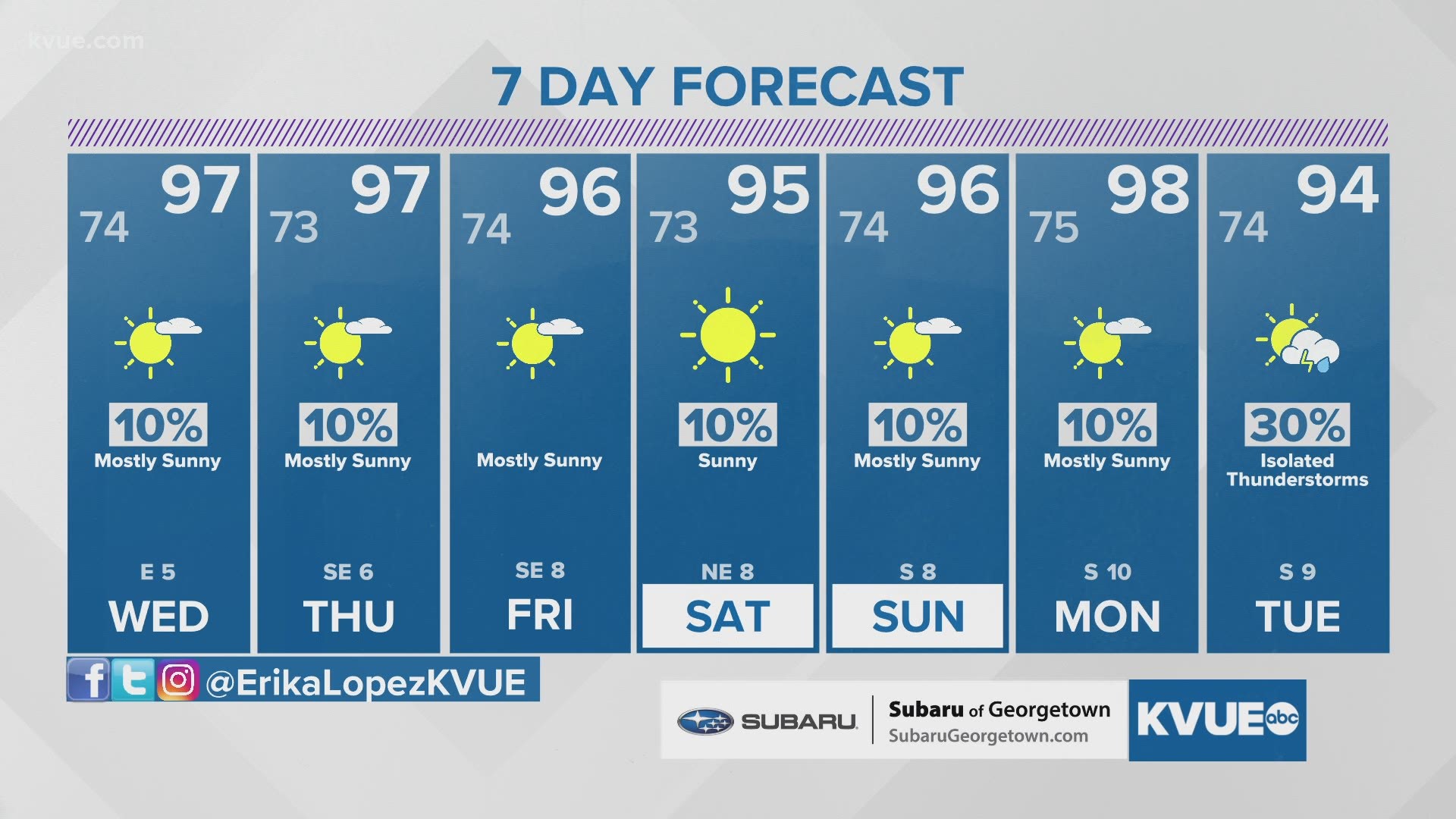 AUSTIN, Texas — As temperatures continue to rise in Central Texas, the Austin Homeland Security and Emergency Management department said it currently does not have plans to open up cooling centers.

However, officials said that could change if there any other major heat warnings or if something knocks out the power for a prolonged period of time.

Monday was also the first day this year Austin reached a 100-degree day.

A spokesperson for Austin HSEM said that because COVID-19 restrictions are loosening, if they do open cooling centers, they may just leave existing City buildings, such as libraries or rec centers, open longer to accommodate people looking to stay cool. They would have things like water, food and pet supplies on hand for people if necessary.

In the meantime, if people do need to go somewhere cool, HSEM said they encourage people to just use those City buildings while they're open to beat the heat.

Regarding the homeless population, Austin HSEM said they have a text alert system. About 600 people have phones from the City that they can get alerts from to tell them about potential cooling centers. And local outreach teams will go out and hand out water when temperatures stay elevated.

Austin HSEM encourages citizens to download the Ready Central Texas app so they can get alerts about cooling centers if they need to open them.