After a mural was taken down in East Austin, the building's owner has agreed to let the original artist paint a new one. 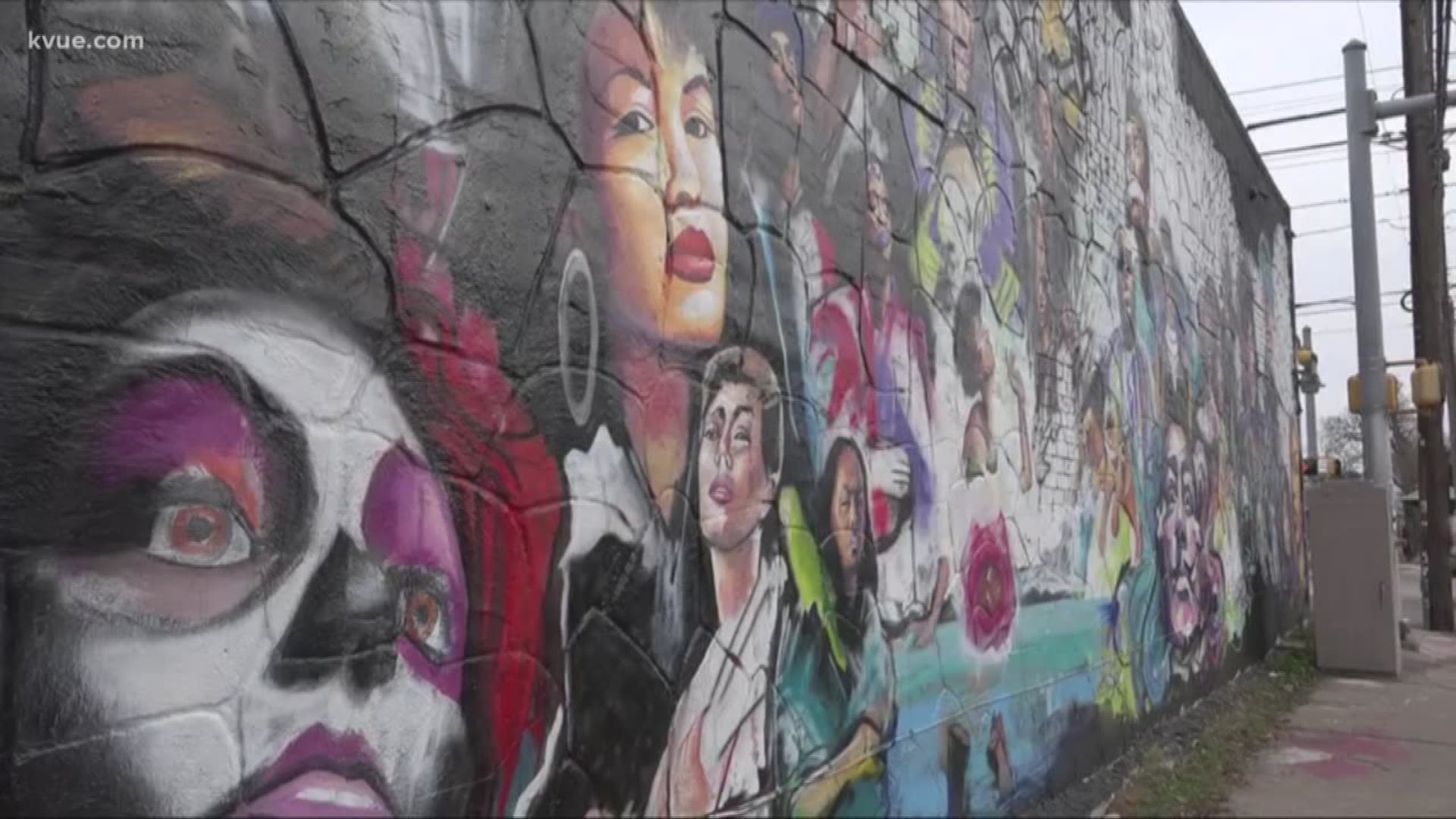 Last May, a beloved mural in East Austin was painted over. Now, the original artist who painted it is working to put another in its place.

Chris Rogers started working on the piece in early December. Prince, Biggie Smalls, Salvador Dali and Selena are just a few of the faces he's painted so far.

Roger's original mural was painted over after a new business moved into the building on the corner of 12th and Chicon. When the owner decided to remove the piece, there was a lot of community disappointment after it happened. Now, the business' owner agreed for this new one to be painted.

"When the initial mural was taken down, I was taken aback," Rogers said. "I did know how much it meant to people who liked it."

Rogers said he's painting many of the faces seen on the old mural alongside some local Austin influencers.

"My initial inspiration was to just paint something in the same vein as the original mural," Rogers said. "A lot of people around the community thought it would be a good idea to incorporate some local influences, people like Barbara Jordan."

Roger's mural is expected to be complete in two weeks.