Cedric Marks' wife, Ginell McDonough, was arrested Jan. 11 and charged with harboring two fugitives, including Marks and a woman wanted in Temple. 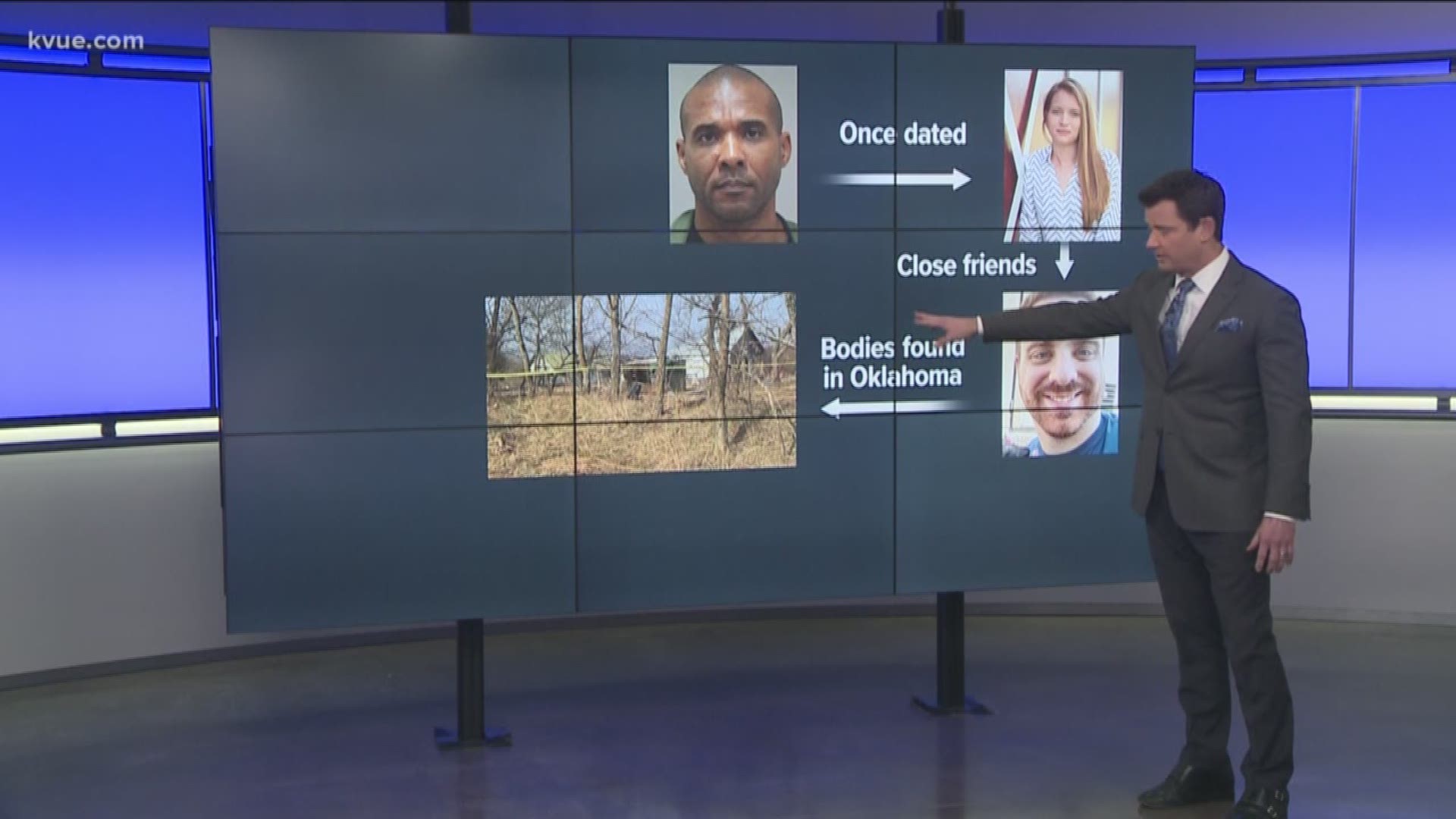 TEMPLE, Texas — The wife of Cedric Marks, Ginell McDonough, faced a judge in Mukegon County, Michigan Wednesday morning on a charge of harboring a fugitive.

McDonough, 37, is accused of allowing Marks and a woman named Maya Maxwell, 26, to stay with her in her rented home from Jan. 5 to Jan. 9.

McDonough told the judge Wednesday she is an Army Staff Sergeant. The judge set her bond at $75,000.

Marks was arrested Jan. 8 near Grand Rapids, Michigan for breaking into his ex-girlfriend, Jenna Scott's home in Temple in August 2018. Scott and her friend Michael Swearingin were both reported missing from Temple Jan. 4. The Oklahoma State Medical Examiner confirmed on Thursday that two bodies round in rural Oklahoma were Scott and Swearingin.

Grand Rapids Police said Marks was arrested in the parking lot of the Rivertown Crossings Mall in Grandville. They said a member of their task force assisted the Michigan State Police on the arrest.

The Michigan prosecutor told the judge McDonough may have additional charges connected to the investigation in Temple.

Marks is not considered a suspect in the Scott and Swearingin case, but is a person of interest in the 2009 disappearance of his child's mother, April Pease from Minnesota.

Marks is set to be extradited to Bell County for the Burglary of a Habitation charge at Scott's home.

Michigan State Police are investigating whether McDonough knows anything about Marks' whereabouts when he was in Texas. Investigators said they are working to determine if she had contact with Marks during his trip to Texas. She has already acknowledged harboring Marks both before and after the trip.

Maxwell also appeared before a judge Wednesday for an extradition hearing to Temple. She is charged with tampering with evidence and agreed to not fight extradition.

According to a Temple arrest affidavit, Maxwell told detectives in a voluntary interview she took Swearingin's vehicle to Austin in an attempt to hide it from law enforcement. The vehicle was found in an area of Austin Swearingin's mother said her son would never go to.

"Maya Rene Maxwell has been charged with the 3rd degree felony offense of Tampering with or fabricating physical evidence arising out of Bell County, Texas. She was arrested in Michigan, and is awaiting extradition to Bell County, Texas. The expected date of return is in the immediate future. Her bond is set at $150,000."