The Army announced that they've chosen Austin, Texas, as the location for a new command headquarters that will focus on how to modernize the service and prepare for future wars. 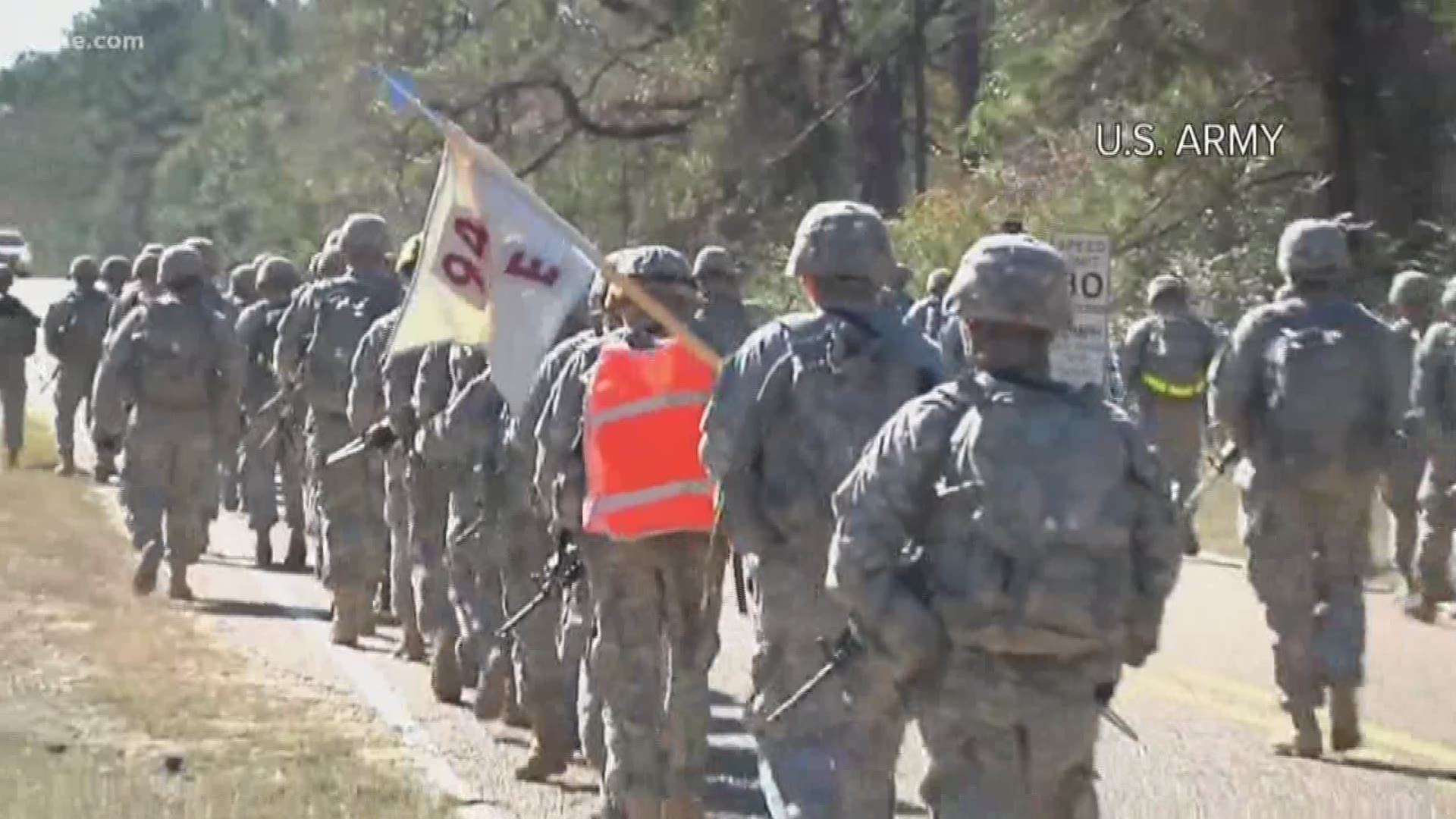 According to the Association of the U.S. Army, Murray was commissioned as an infantry officer upon graduation from Ohio State University of 1982. Since then, he's served in leadership positions and commanded from Company through Division, with multiple staff assignments at the highest levels of the Army. For more information on his history with the Army, click here.

We would like to congratulate LTG (P) John M. Murray on his confirmation to become the first commanding general of the @ArmyFutures Command. pic.twitter.com/FXFTl7F7py

U.S. Army leaders announced on July 13 that they've chosen Austin, Texas, as the location for a new command headquarters that will focus on how to modernize the service and prepare for future wars.

The Army laid out plans to create the so-called Futures Command last October, marking the first time in decades that the service has added such a high-level, new headquarters.

"The Army chose Austin as the location for the AFC Headquarters because it not only possesses the talent, the entrepreneurial spirit to keep partners we are seeking, but also because it offers the quality of life our people desire and the cost of living they can afford," said Army Secretary Mark Esper.

The officials say the city is well-suited for the Army's high-technology and academic needs.

"The army is an industrial-age process and we're trying to move into the information age. So this restructuring we're doing is helping us redesign and move at the speed of innovation," said Undersecretary of the Army Ryan McCarthy

Army leaders said the cost of the command center in Austin will be roughly the same cost as the other command centers. The state of Texas did offer incentives to the U.S. Army but top officials could not elaborate on the specifics of that deal.

"We have the offer on the table and will be able to release those details later," McCarthy said.

As for how quickly the Army Command Center will be set up, McCarthy said immediately.

"Their plane lands in a couple of hours. Those folks are there now," he said. "We're beginning work now."

Officials said right now the Command Center is in its initial operating phase that they will remain in for the rest of this year, but they hope to have fully operational capability by the summer of 2019.

The officials spoke to The Associated Press on condition of anonymity to discuss the selection before it was made public. The command will have a staff of about 500.

Texas Gov. Greg Abbott met with other city leaders at the Austin Chamber of Commerce to discuss the announcement of the Army Futures Command headquarters coming to Austin.

The UT System Board of Regents Friday voted to provide the U.S. Army with space in the UT System building in downtown Austin. Leaders said they want the facility to be embedded within the culture.

The details and timing of the arrangement still are being finalized. Vice Chancellor for External Relations, Randa S. Safady, says even though it's not finalized, they're excited.

"The board of regents actually met today to have a discussion about this," said Safady, "They were very enthusiastic about the possibility, negotiations continue but I think that everything looks very promising."

“Austin fits the mission as a city of innovation—a community that promotes creativity, entrepreneurship and diversity. We will now play a leading role in ensuring our national security. Together with our supportive neighbor, San Antonio, already known as Military City, we have a partnership that will help our local economies by helping to secure our country.”

U.S. Senator John Cornyn (R-TX) released the following statement on Austin being selected by the Army:

“Austin’s dynamic growth, access to top research institutions like the University of Texas, and proximity to innovative tech and business industries make the city a strong choice for the new Army Futures Command,” said Sen. Cornyn. “I look forward to supporting this new Command as it develops technologies to carry our nation’s warfighters into the future.”

Texas Gov. Greg Abbott released the following statement after learning Austin was selected as the city for the Army Futures Command:

“The legacy of America’s freedom depends in part on the ability of our Armed Forces to remain at the forefront of technological advancement, expand our military’s power to assess threats, and modernize our defense. The State of Texas is proud to partner with the U.S. Army in establishing the Futures Command to harness the cutting-edge technologies needed to build an innovative, research-based foundation for our national defense. This sweeping reorganization of the Army’s military efforts adds to the historic connection between Texas and the U.S. military, and I am proud of their presence in the Lone Star State.”

The Austin Chamber of Commerce released the following statement:

“This is a major win for the Austin Mega Region. It further reinforces our unique combination of resources – a deep talent base, innovative thinkers and high quality of life – that make the area so attractive. We want to thank the multiple organizations, representatives and officials across Central Texas who came together to support this amazing opportunity,” said Phil Wilson, Chairman, Greater Austin Chamber of Commerce.” We look forward to helping make the Austin region home of the Army Futures Command as they centralize and seed innovation to the battlefield under a new four-star general.”

“It's exciting that Austin has been selected as the home of the new Army Futures Command,” said Austin Mayor Steve Adler. “Innovation and creativity are intersecting with more industries every day, and it’s happening more and more in Austin, an international innovation capital. This announcement is great for our economy and presents endless possibilities to develop collaboration with our vibrant and thriving technology industry.”

“The Army made the right choice for Futures Command, and I have been honored to help to bring it home to Texas,” Sen. Cruz said. “With the innovation and business growth occurring around our state, the many high-tech companies, and dozens of companies that supply all manner of advanced technology to our military, Texas is uniquely positioned to ensure the Army succeeds in this new mission. As Futures Command is established, I am eager to continue working with the Army to ensure they are ready to preserve peace and deter aggression.”