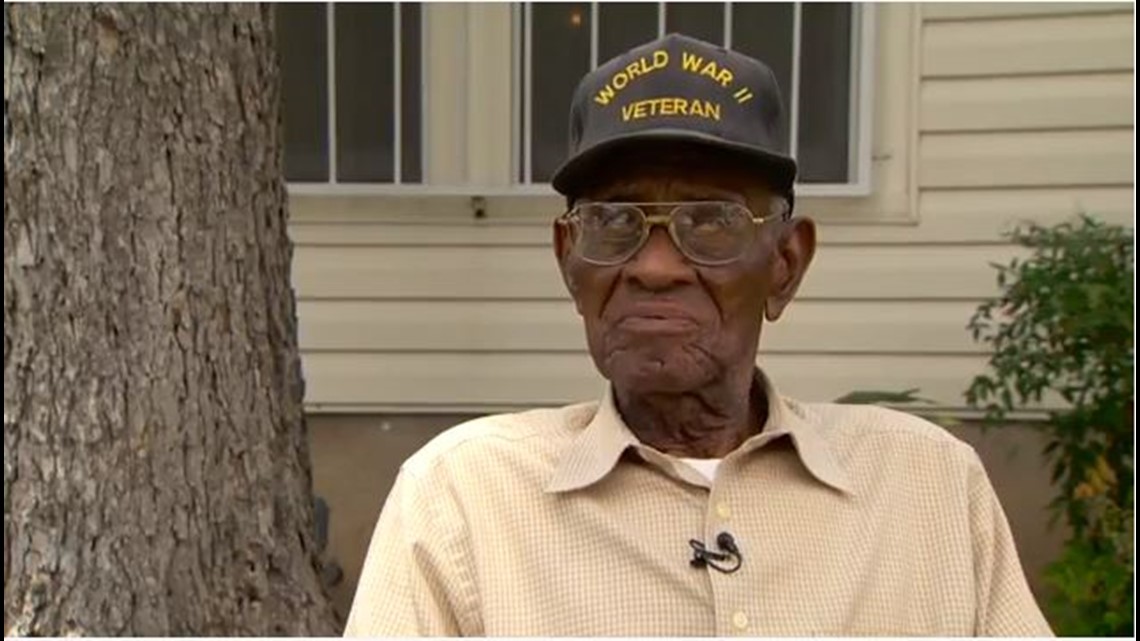 Overton died at a rehab facility Thursday night after battling pneumonia, his family said. He was 112 years old.

Overton served in the United States Army during World War II. The U.S. Army Twitter account recognized him after his passing saying, "Today we mourn not just a hero, but a legend."

Today we mourn not just a hero, but a legend.

The oldest American #WWII Veteran, Richard Overton, died at the age of 112.

Our thoughts and prayers go out to the Overton family. He was a hero to us all.

May you rest in peace Sir. https://t.co/4yGT8MmmRX

For Gov. Greg Abbott, he said the veteran is a "Texas legend" who touched the lives of many people.

One of my favorite moments at the Governor’s Mansion was celebrating the 110th birthday of Richard Overton—the oldest WWII Veteran. Today we mourn the loss of this legendary American hero. May he Rest In Peace. #txlege pic.twitter.com/zIuGH3mDzM

Lieutenant Governor Dan Patrick also commented, "a great Texan and an American patriot who inspired so many."

Jan and I are sad to hear that we have lost Richard Overton, a great Texan and an American patriot who inspired so many. He was the oldest man in America and the oldest living WWII veteran. I was honored to know him. He visited the Texas Senate in 2015. pic.twitter.com/uVXeSXIEhf

Senator Ted Cruz chimed in on Twitter overnight sending his condolences as well.

Richard Overton, the oldest American WWII veteran and the oldest man in the USA, went to his eternal reward today at the age of 112. His optimism and selfless service set an example for Texans and all his countrymen. Rest In Peace. https://t.co/QqGHiNbVov

Senator John Cornyn shared a photo of himself and the Texas legend with the caption, "A life well lived."

Saluting Richard Overton for his service, spirit, and longevity. One of the last of our World War II vets has passed away at age 112. Pleased that he could share so many honors late in life, including, here, my getting the healing garden at our veterans clinic named in his honor. pic.twitter.com/7zCvnWlXhm

Austin Police Chief Brian Manley expressed his thoughts on Twitter, writing in part "You will be missed."

Thank you for your service Mr. Overton. Rest In Peace, you will be missed!! pic.twitter.com/PhvNsC15uu

Austin’s great great grandfather and civic institution, Mr. Overton embodied wit, class, and a joyful spirit that invited everyone to be part of his special and world worthy journey. Our thoughts are with the family. Mr. Overton will be missed and always celebrated. pic.twitter.com/fdnko6HgFK

George P. Bush thanked the veteran for his service and sacrifices.

Rest in peace, Mr. Overton. Your service and sacrifices will not be forgotten. #GreatestGeneration https://t.co/PWpyIeaQFt

Williamson County Sheriff Robert Chody also took to Twitter stating, "We are grateful and indebted for his service to our country."

My family and I extend our prayers and condolences to the family of oldest living veteran Mr. Overton. We were saddened to hear of his passing. We are grateful and indebted for his service to our country. https://t.co/NkrwUM7JVu

The Texas Veterans Commission took to Twitter saying they are saddened to here of his passing.

Texas State Representative Dennis Bonnen stated on Twitter late Thursday night that Overton "epitomized what it meant to be a part of the greatest generation."

Richard Overton lived an exceptional life and through exceptional times. We owe him our gratitude and we thank him for his service. https://t.co/ef5pEWgJh1

Overton was a beloved member of not only the Austin community, but the nation.