Atari Hotel in Austin one step closer to reality

The hotels in Las Vegas and Phoenix will be the first to open, followed by Austin, Chicago, Denver, San Antonio, San Jose and Seattle. 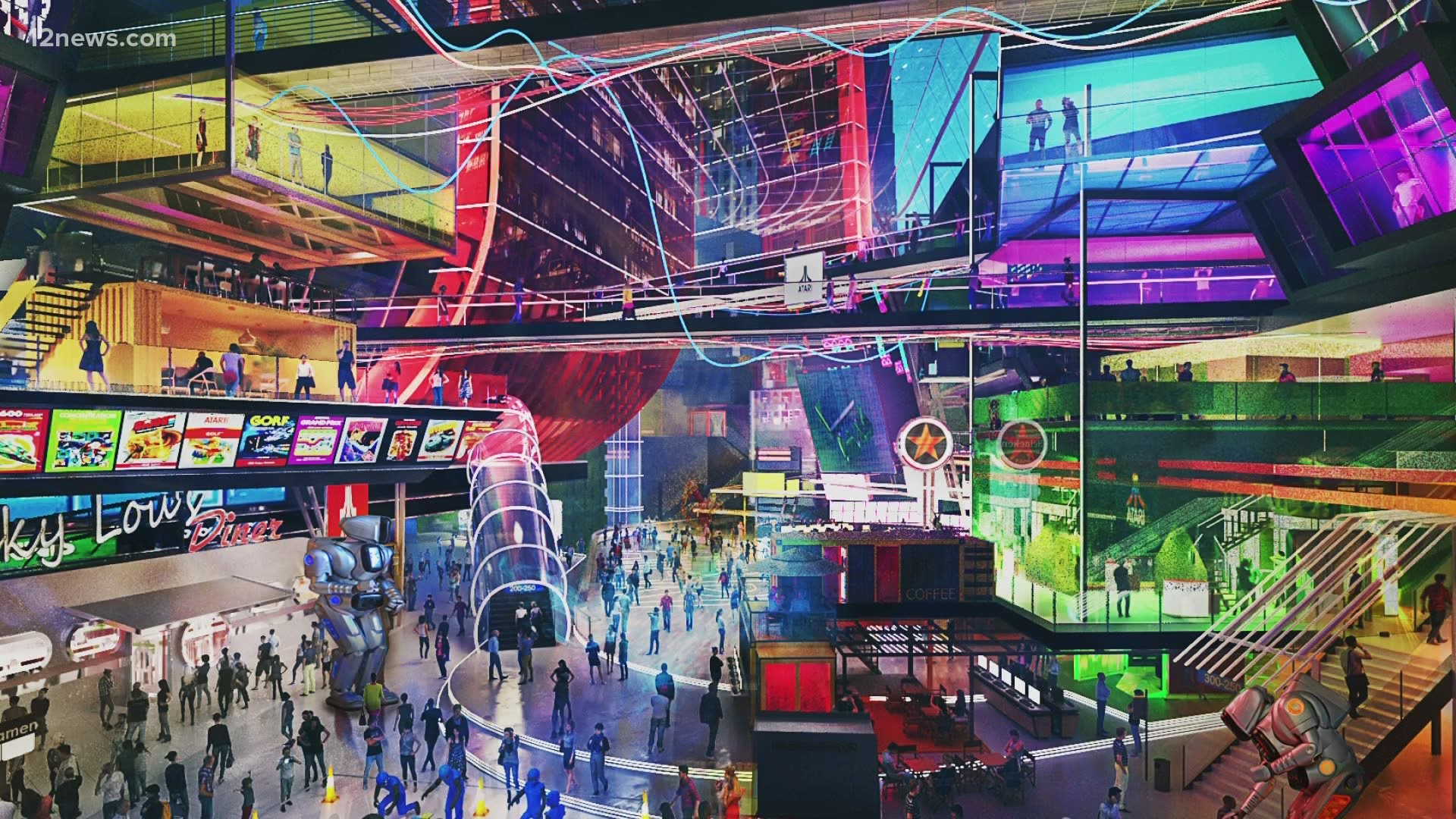 PHOENIX — A proposed Atari Hotel concept is closer to reality as the developers released new renderings of what the large-scale project would look like.

The developers licensed the Atari name and plan to develop multiple hotels and video-game-based entertainment venues around the country, starting in Las Vegas and Phoenix.

The Atari Hotels would feature a retro-inspired style along with, of course, lots of video games.

"The gaming world didn't slow down, not one single bit during COVID," developer and CEO Shelly Murphy said, "If anything it shot up."

Couple a hotel with the nostalgia of a 1980s brand like Atari, Murphy believes they will have a hit.

Murphy said the idea for an Atari-themed hotel chain came from that nostalgia, and a well-placed contact in the industry: Steve Wozniak, co-founder of Apple. Murphy said Wozniak, who was one of the original employees of Atari, greased the wheels.

They secured the rights to the Atari name and went public with the project in January of this year.

"My phone was ringing from Tokyo to the Netherlands, from Hong Kong to Germany," Murphy said. "It was really insane."

Murphy said right now there is no site chosen for the Arizona location. They were considering a downtown plot, but found they would need more room for the massive entertainment complex attached to the hotel, Murphy said.

That complex, which Murphy said will feature video games from every kind of company, not just Atari, will include:

Exact timelines are still up in the air, but Murphy said the team hopes to choose a Las Vegas location by the end of 2020 with a Phoenix location at the beginning of 2021. The hotels would open roughly two years after that, she said.