For many longtime Austinites, the opening of the Blue Cat Cafe has been a symbol of East Austin gentrification. The cafe says it is now "awaiting peace." 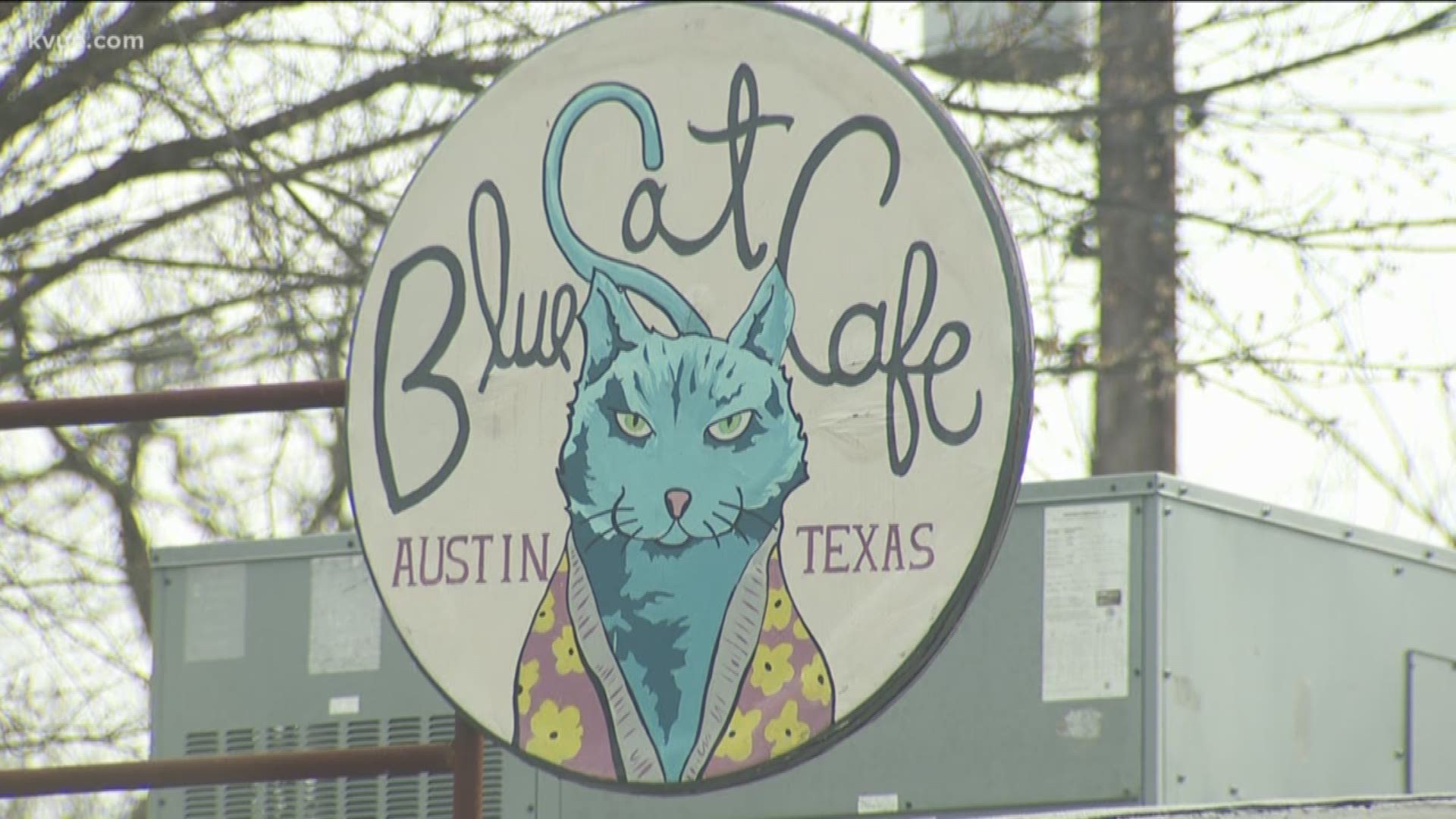 AUSTIN, Texas — To most feline lovers, the concept of this East Austin cafe sounds perfect: food, coffee, internet, cats and adoptions. But to many native Austinites, it's just another sign of gentrification in a beloved neighborhood.

After opening up shop a few years ago, it appears the Blue Cat Cafe is closing its doors -- at least for now.

KVUE reached out to the cafe after the news started spreading around the city, but only received an automated response:

"Awaiting peace. Reopening information to be determined. Please send screenshots of hate speech, comments to info@bluecatcafe.com. We apologize only for the inability to serve and operate at this time, and will do our best for you and mew:)"

The cafe, where you can play with and adopt cats while drinking coffee and snacking on vegetarian food, has been seen by many as a symbol of gentrification in East Austin. It's even sparked a number of protests and acts of vandalism.

The cafe sits on a plot of land where the Jumpolin piñata store once stood before being demolished in 2015. That demolition sparked debate, with many saying the construction of Blue Cat Cafe was just one more step in the direction of the area's gentrification.

However, based on a previous KVUE report, the owner stated she wanted customers to know she had nothing to do with the closing of the piñata shop, stating the demolishing was decided upon by the landlord. Additionally, she said she's dealt with continuous harassment since she opened the cafe's doors, stating she's received death threats and once a dead cat was thrown on the property.