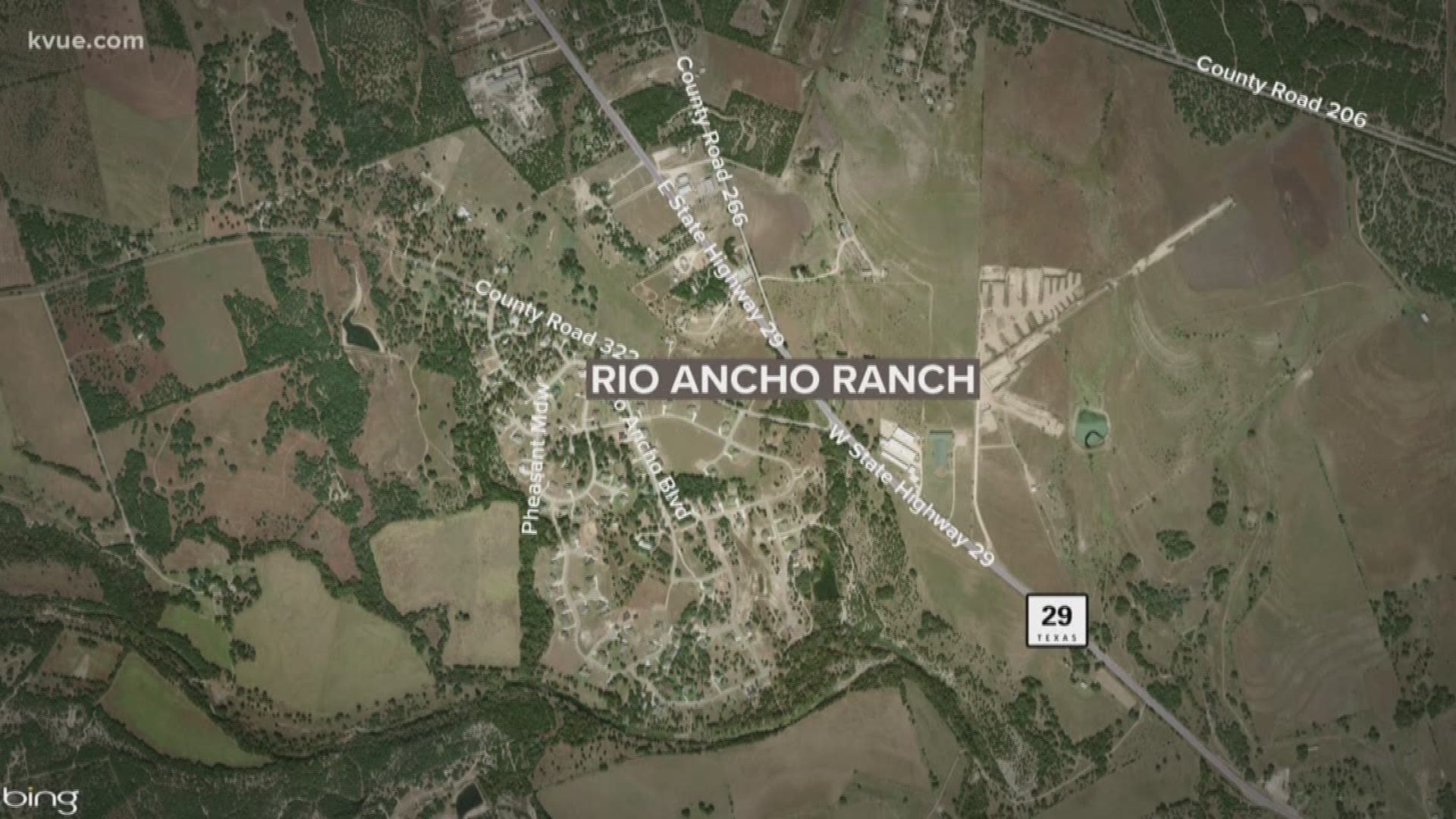 LIBERTY HILL, Texas — Some neighbors in the Rio Ancho Ranch subdivision near State Highway 29 and County Road 322 in Liberty Hill said they've had to change their daily lives because of water issues.

At Casey Read's house, they don't get water every morning between 5 a.m. and 8 a.m. That means morning bathroom rituals had to change.

"We have to bring a couple of gallons of water in here. We take a gallon of water and we have to fill the tank," Read said as he poured water into the tank of a toilet.

He said that's the only way the toilet will flush when the water doesn't run.

"It's a headache. It makes it real stressful that we have to even – something as going to the bathroom – we have to plan for," said Read.

Read is not the only one. Chelsea Williams took cellphone footage of her low water pressure and shared it with KVUE. It got so bad, the mother of three said she had to get a brand-new washing machine.

"There's days where I can't run them a bath. I can't wash their clothes. I can't get their lunches packed for school in the morning. Our washing machine had broke from the pressure problems," said Williams.

Neighbors said these ongoing water issues are not what they expected when they bought their homes in the gated community where houses run well into the $500,000s.

Another neighbor, Scott Magee, said he didn't know people living in other parts of Central Texas were having the same water problems until he saw it on KVUE.

Last week, we talked to neighbors in the Sandy Creek Ranches subdivision in Travis County. Their issues included no water, low water pressure and cloudy water.

Magee also saw Aqua Water's explanation: that it had bought an existing antiquated water system and will soon replace it.

"When I saw that, I said to my wife, 'That's some of the same excuses Aqua's been giving us,'" Magee said.

But Scot Foltz with Aqua Texas said the reason Rio Ancho neighbors are experiencing issues is different from Sandy Creek. He said these neighbors are over-using sprinkler systems. Foltz also said the equipment in Liberty Hill is adequate.

"Rio Ancho is a relatively new community with adequately sized lines that were put in per Aqua specifications," said Foltz.

Foltz also said Aqua Texas has already ordered a new 42,000-gallon storage tank that will double storage for Rio Ancho. That arrives Dec. 7 and it will take between two to six weeks to install.

But it's not soon enough nor good enough Magee and his neighbors.

"I think everybody in the neighborhood is at the height of frustration in this situation," said Magee.

We reached out to the Texas Commission on Environmental Quality and according to the agency, it sent Aqua Texas a Notice of Enforcement letter on Oct. 21.

TCEQ conducted an investigation and found Aqua Texas failed to maintain proper water pressure for the Rio Ancho neighborhood. The case is still under investigation.

It is important to note, not everyone in this neighborhood is experiencing water issues. Some are not having any problems at all.