The community and entire Austin Police Department have pitched in to help a fellow officer and Army veteran. 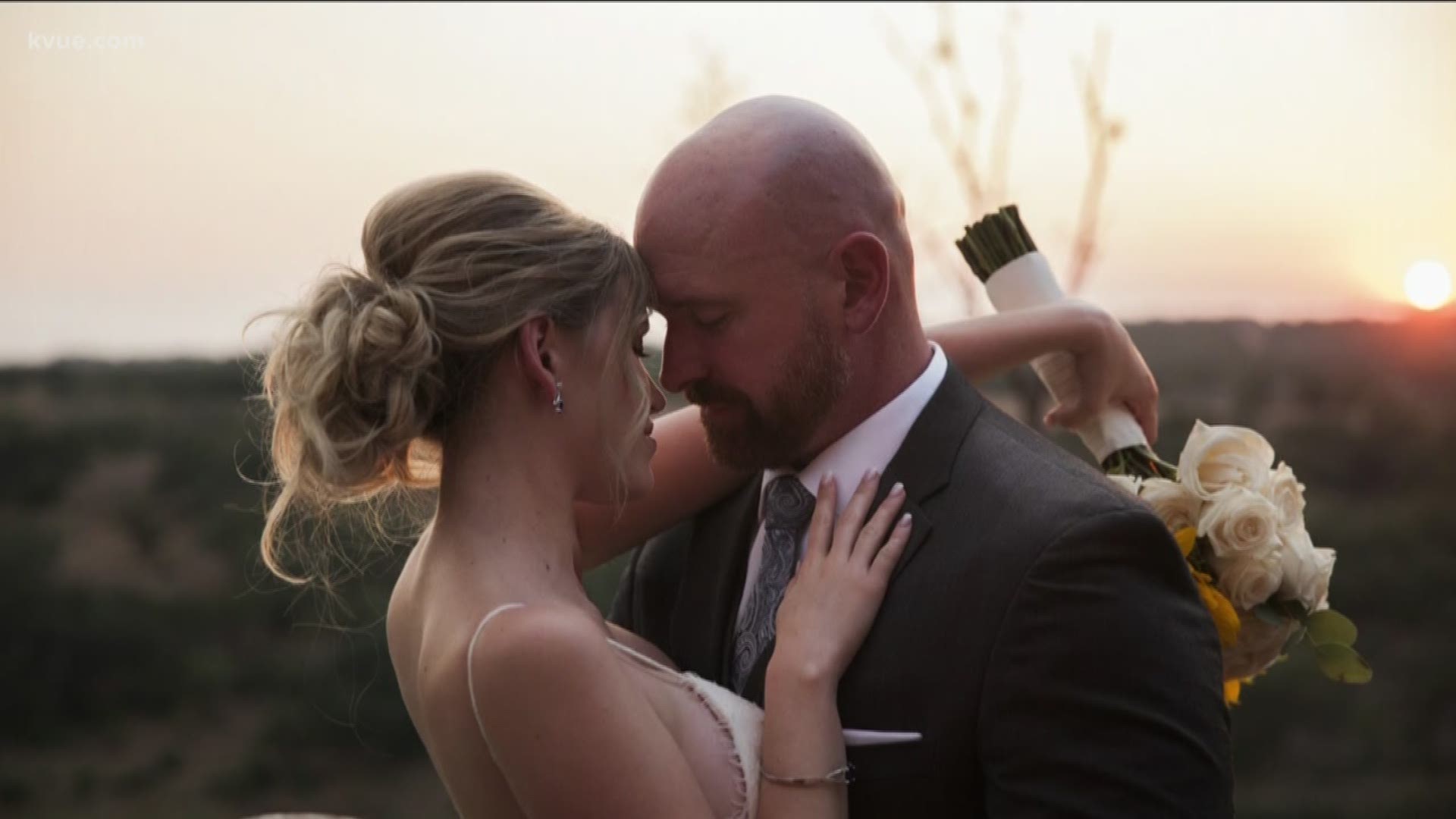 AUSTIN, Texas — This past weekend, an Austin police officer and his fiancée officially tied the knot.

But they didn’t plan on getting married so soon, just like they never planned on fighting cancer.

"We were like, 'There's no way, there's absolutely no way,'" said Robert Brady, a six-year veteran of the Austin Police Department and a former Army counterintelligence agent.

Three months ago, doctors learned Brady had Stage 2 prostate cancer. Immediately, they were warned they would have to take preemptive measures if Brady and his fiancée, Jessica, ever wanted to have kids.

The couple took action, but it quickly added up, despite help from the Livestrong Foundation. Insurance didn't cover the fertility treatments, so Brady and Jessica spent thousands of dollars to freeze his sperm.

They used the money they had been saving for a wedding in 2020 for fertility costs and decided to have a simple wedding now to make sure they were husband and wife.

"We were just like, 'You can't just be my fiancée going through this because she can't make any medical decisions for me,'" said Brady.

RELATED: A heartbreaking twist of fate brought this Austin family together

With just days to plan, Brady and Jessica learned that It's All Good BBQ in Spicewood would provide the food, Sweet Treats Bakery in Oak Hill would provide the cupcakes and the wedding would take place for free at River House on the Pedernales.

"We just told people our circumstances and everyone has been so overwhelmingly helpful," said Brady.

Friends and family flew in to celebrate the couple, and it turns out their last-minute wedding date, Sept. 14, was the same anniversary date as Brady's parents and grandparents.

The wedding wasn't the only hurdle to overcome.

Brady's treatment and surgery will take place at MD Anderson in Houston, but the out-of-pocket costs are in the tens of thousands.

Initially, Brady didn't tell anyone in the police department about his diagnosis.

"We started seeing mounting and mounting bills, but we weren't telling everybody. We only told my chain of command so they would know why I was having to call in sick so often," Brady said.

He decided to take out a second loan on his home, but it required some work on the outside deck to pass inspection. That's when Brady called his former First Sergeant Michael Laskowski.

"He's been a leader, mentor and friend to me, and we keep running into each other. I ran into him in Baghdad, I ran into him in Kandahar … So I told him, 'Mike, this is what I've got going on.' And he showed up at 6:30 in the morning and started building me a brand-new deck," explained Brady.

He also started a GoFundMe with encouragement from colleagues to share his story. Within days, Brady had nearly $20,000 in donations.

For someone who has spent decades helping other people, it wasn’t easy asking for help of his own. But with a battle against cancer just weeks away, Brady says he is thankful his family in blue is fighting right by his side.

To help Brady and his wife Jessica in their medical and fertility treatments, visit the couple's GoFundMe page.