Nearby residents, a real estate group and a coalition to end homelessness agree: It is not safe for squatters to be living in the vacant Villas on Town Lake. 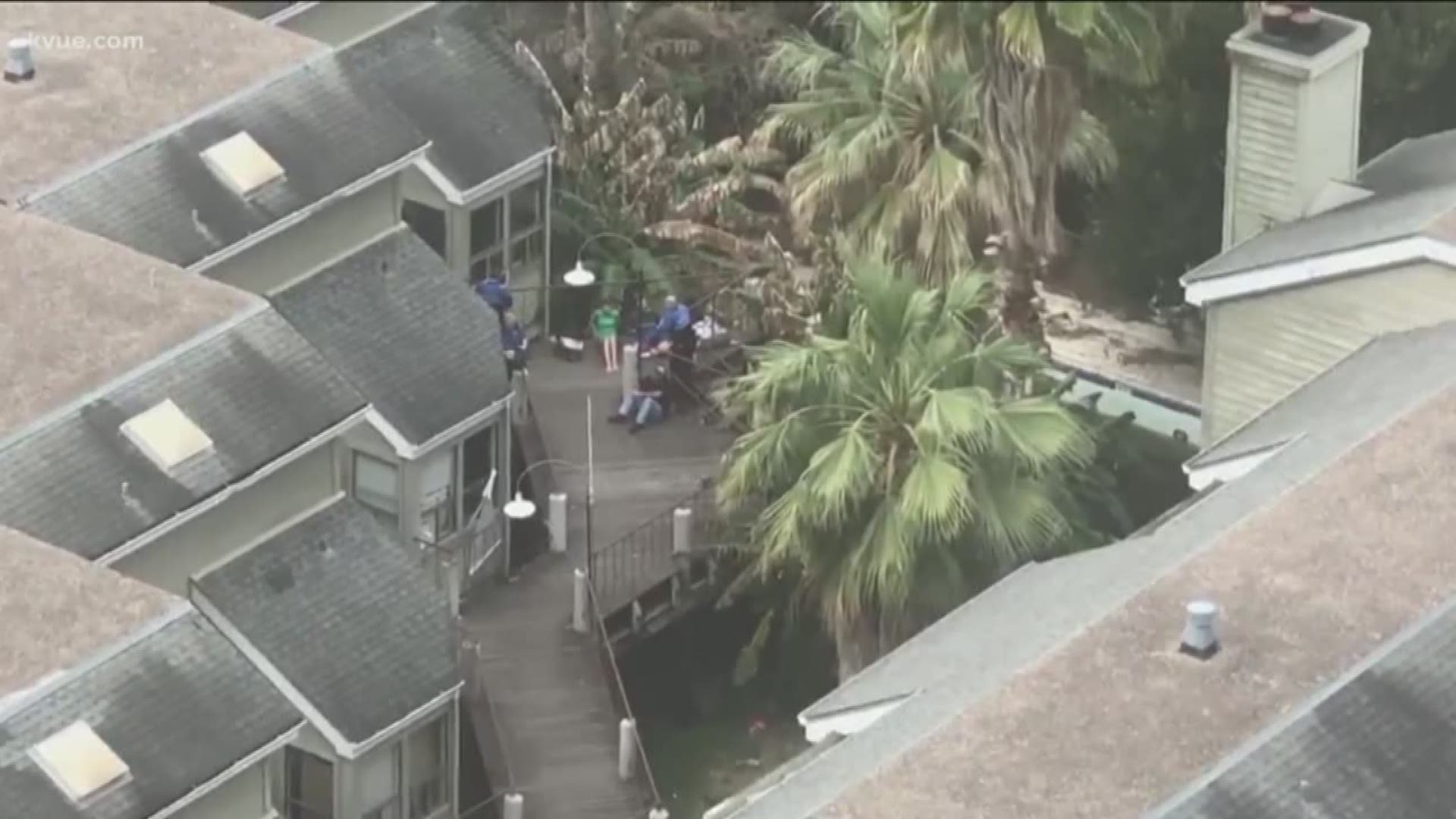 AUSTIN — Austin police officers have made "numerous" arrests for criminal trespassing at a downtown Austin condo community since it became vacant at the end of 2017.

But a neighbor told KVUE that efforts to curtail the problem by the police department, the City and the realty group that owns the lot haven't been enough.

"You have the building being constantly torn apart, windows broken. You have doors off their hinges and thrown off the third balcony," Jason Papp said.

Papp lives at The Shore condominiums near Rainey Street, just across from what's now left of Villas on Town Lake. Genesis Real Estate Group is preparing to build a 40-story tower in its place.

But since the condo community was sold and its units vacated, Papp told KVUE people have moved in -- and conditions have worsened over time.

"The other day I was woken up at 5 a.m. because you have an individual screaming for help," he said. "I didn't know if that was coming from the park."

In addition, Papp said the squatters are having sex on the balconies and trashing the place, and it's a huge safety concern. He wants the place locked up and the squatters out.

"I look at it, and I'm sad because it's another reflection of people in desperate conditions, looking for a place to live," Howard said. "A building that's marked unsafe conditions is not ready for people to live there, right?"

Howard believes the programs in Austin to help people experiencing homelessness are working, but they need more funding and resources.

"We're doing lots of things right. But this has got to be the year of scaling it up because when these folks get kicked out of this building, that's going to be a few more people for us to find safe and decent housing," she said. "We need to infuse this initiative with cash and resources to make it work."

Until the problem gets fixed, Papp said he's going to keep a watchful eye.

"I want to help. But my version of help is going to bring awareness to a problem," he said.

An Austin police officer assigned to the Downtown Area Command District Representative Unit told KVUE the department has worked with the realty group to ensure that the property is as safe as possible.

Since then, officers have issued citations and made a number of arrests for criminal trespassing.

"The realty company and their representative have been helpful, attentive, and accessible to APD in the time the property has been vacant of paying tenants," Officer Solis said. "Any issues brought to their attention have been handled quickly such as completely shutting off power and water, patching holes in fences, and boarding up certain areas."

The condo community is set to be demolished in mid-February.