The APD said it hopes to increase public trust in law enforcement. 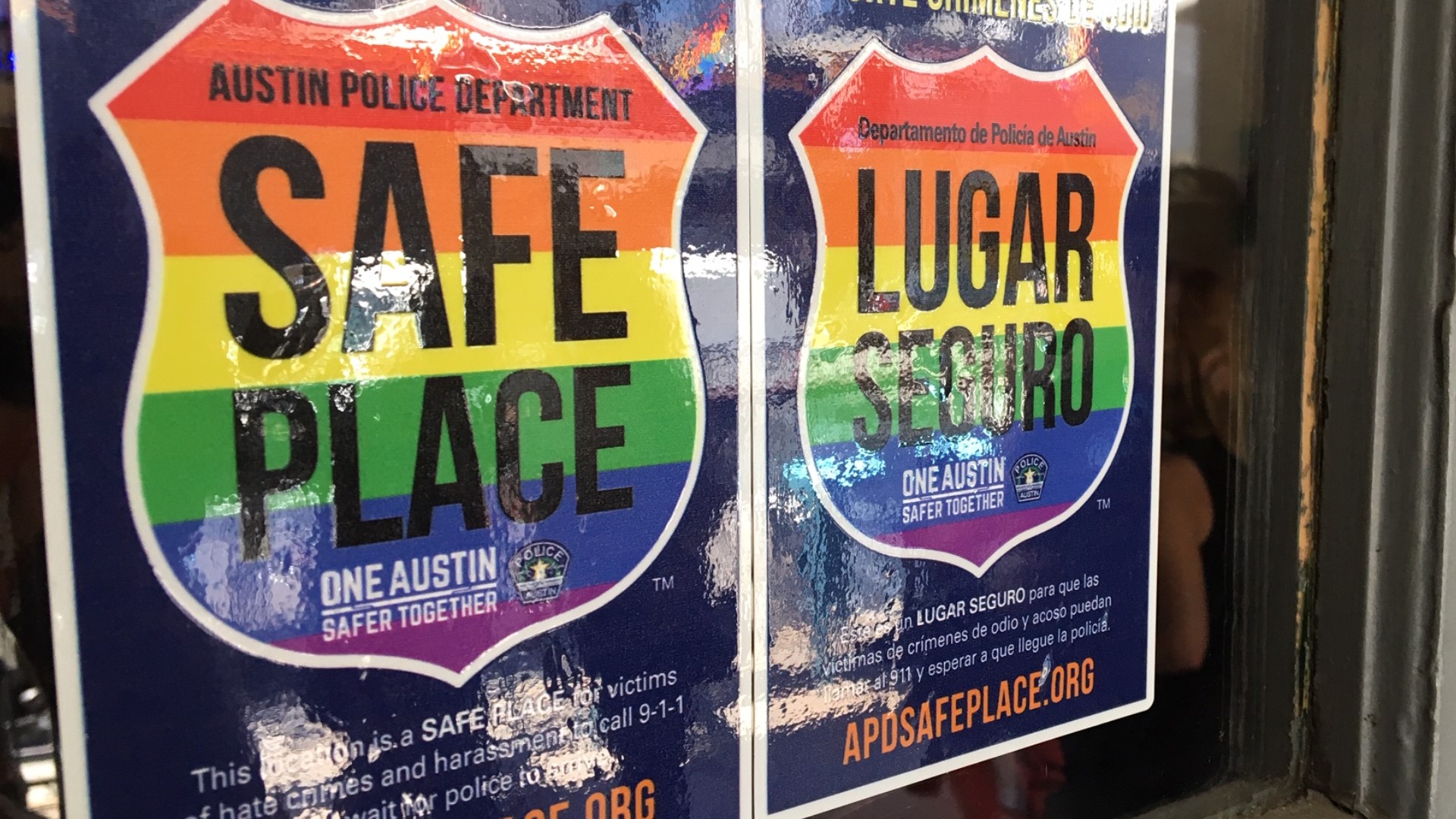 On Wednesday, the department launched a new Safe Place initiative. Its goal is to encourage victims of these crimes and school bullying to report them.

Safe Place was started by the Seattle Police Department to increase feelings of safety in the community. That program expanded in 2018 to include anyone who may have been a victim of a bias crime.

As part of the program, businesses can place an easily recognizable decal at their entrances as a signal for victims of hate crimes that the location has partnered with the police, will call 911 on their behalf and stay with them until police arrive.

Austin Police Chief Brian Manley told media on Wednesday fear and mistrust of law enforcement has led to underreporting of these types of crimes.

"We want victims of hate crimes to come forward and know that APD is there for them in this time of need," he said. "As these stickers start spreading throughout our community and become very prevalent, I think it will be better understood how much we support our entire community, including the LGBTQ+ community here in Austin."

The initiative has been taken up by more than 200 police agencies throughout the U.S. and Canada.

Chief Manley said the initiative was launched this week in coordination with the upcoming Pride Parade in Austin.

"The Pride Parade is a festival that has a long history here in Austin, and one that the Austin Police Department is honored and proud to have participated in for so many years," he said.

Manley said the department has addressed safety concerns for the upcoming parade, taking into consideration recent shooting attacks in El Paso and Dayton.

Austin Pride has announced it will have increased security presence this year.

"We're always good on security." Micah Andress, Austin Pride president, told KVUE. "A lot of the stuff has always been there, but we've definitely asked for some increased presence this year."

He said the City estimates more than 400,000 people to flood the streets of Austin this upcoming Saturday. After the mass shootings, Andress said safety is now an even bigger priority.

Chief Manley said the department would be using several security measures this year.

"There will be things behind the scenes that will not be seen but will be there to ensure that we can pull this off in the safest manner possible," he said.

Businesses interested in participating in the Safe Place initiative can register with police on the City of Austin website.

KVUE and Freeman Law are proud supporters and sponsors of Austin Pride this year. We will be live streaming the parade from 7:45 p.m. to 10 p.m. on Saturday, Aug. 10, at the YouTube link below.

Suspect accused in girlfriend's death believed to be asking for rides