He was arrested at a bus stop on Guadalupe, according to police. 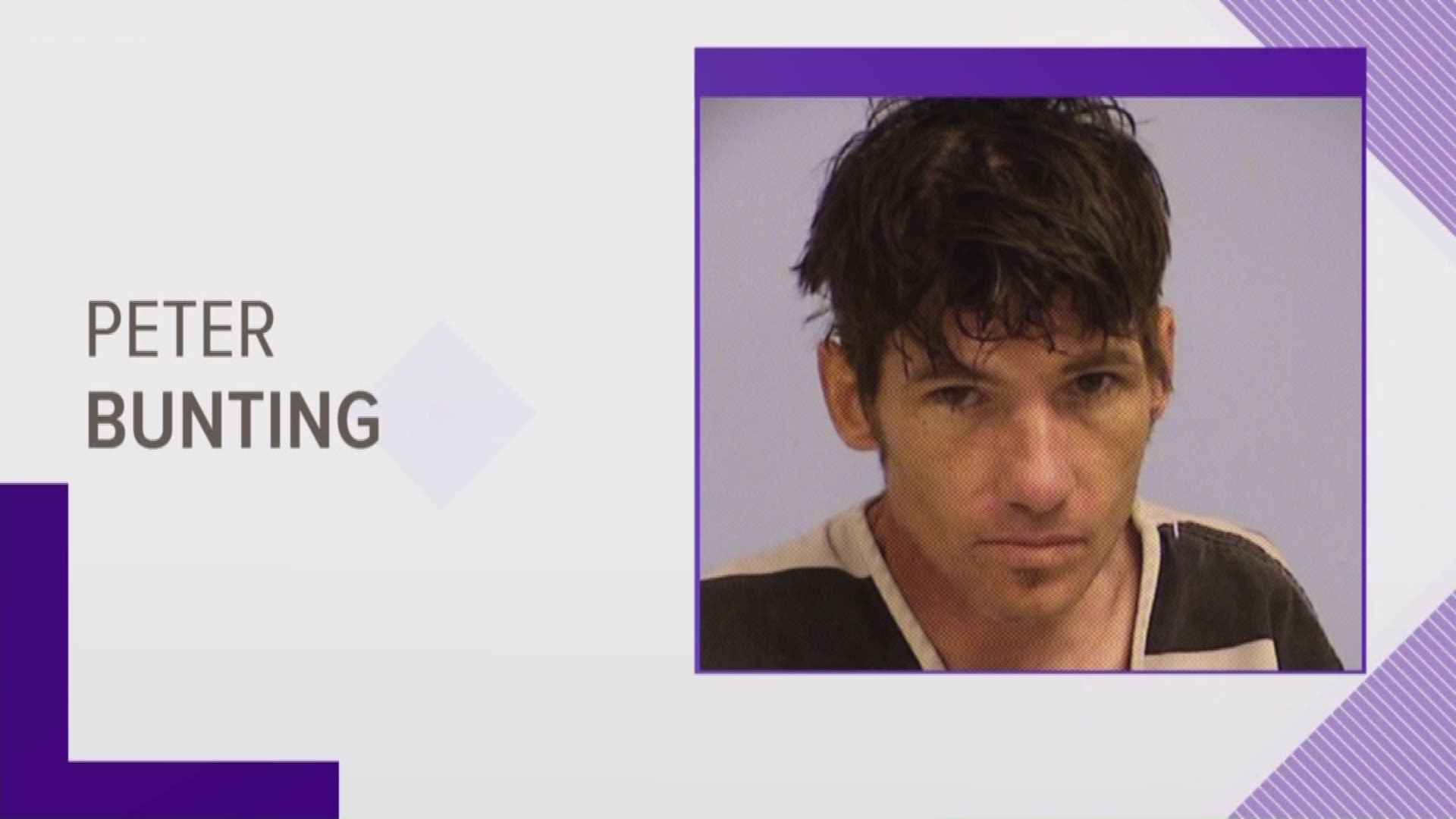 AUSTIN, Texas — A bank robbery suspect who was wearing a surgical mask at the time of the incident has been connected to four more bank robberies, police said Oct. 31.

The suspect – 42-year-old Peter Davis Bunting – was initially arrested in connection to the Oct. 25 robbery of Horizon Bank on Congress Avenue.

In that case, Bunting is accused of entering the bank wearing a white surgical mask and demanding cash before leaving with an undisclosed amount of money, according to the Austin Police Department. Police said he left heading westbound on Congress Avenue.

APD officers and detectives had been working a series of bank robberies involving a man wearing a surgical mask and carrying a black backpack with a lightning bolt design. On Oct. 31, APD said Bunting is also responsible for robbing the Compass Bank on West Sixth Street on Sept. 26 and Oct. 9, the Wells Fargo Bank on South Pleasant Valley Road on Oct. 15,  and the Chase Bank on Guadalupe Street on Oct. 16.

According to the affidavit, on Oct. 25 but prior to the Horizon Bank robbery, detectives learned the identity of the surgical mask suspect after Bunting walked into a Chase Bank on Guadalupe Street wearing the surgical mask.

According to the affidavit, Bunting saw a Hutto police officer who was working bank security due to the last bank robbery that happened at that location. Bunting then walked out before robbing the bank. The officer followed him outside and stopped him, identified him and released him. According to the affidavit, Bunting also went into a second bank shortly before being identified by the officer. He looked around but didn't make any robbery demands before leaving.

This information was given to patrol officers who began checking nearby bus stops after the Horizon Bank robbery. One officer noticed Bunting at the bus stop near Republic Square Park and recognized the black backpack with the lightning bolt that the suspect had been seen with. That officer and others took Bunting into custody. He was wearing the same black shoes, black jeans and hooded sweatshirt that the suspect had been wearing during the Horizon Bank robbery.

Bunting was arrested for the bank robbery and two other confirmed warrants.

Police searched Bunting's backpack and located a surgical mask, blue jacket and black baseball cap, as well as cash in $100 bills that matched the amount stolen from Horizon Bank. Surveillance video from Horizon Bank also showed that the suspect's clothes matched those that Bunting was wearing or had in his backpack.

Bunting is currently being held in the Travis County Jail on a $50,000 bond.

WATCH: An inside look at APD's cold case unit