During the interview, Jackson said he was framed and that the whole thing was a conspiracy. 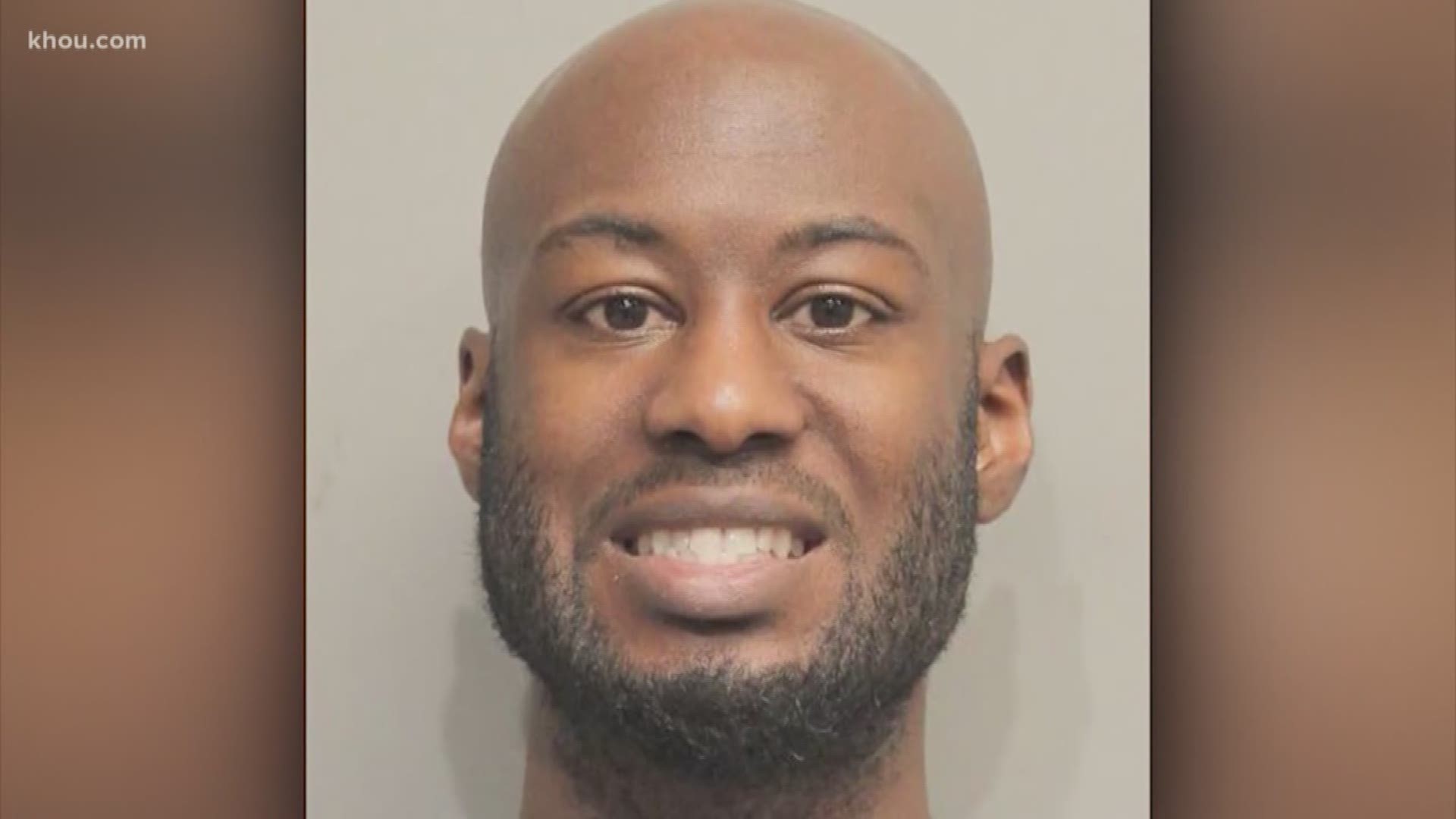 The inmate spoke logically and clearly during the interview behind a glass window.

Jackson says he was framed for the murder of Josue Flores, 11, who was stabbed more than 20 times walking home from school in 2016.

During the conversation, Jackson said there was no motive for him to murder Flores and believes the district attorney’s office rushed to an arrest because the case had gone cold.

Jackson said no DNA evidence was recovered linking him to Josue Flores following his first arrest and believes any evidence gathered recently was planted.

Jackson says that shortly after he posted a YouTube video declaring his innocence, an arrest was made.

The inmate gave Dougherty a scrap of paper with handwritten notes elaborating on a lack of racial diversity within the Houston Police Department which may have played a part in his arrest.

KHOU Legal Analyst Gerald Treece says, from a lawyer’s perspective, nothing good can come from Jackson speaking publicly without an attorney present.

He explains anything he says can be used against him in court.

"Maybe this will be his defense at trial, but if it’s not, the government has another inconsistent statement this man has made," said Treece.

Treece says his jailhouse interview could factor into whether Jackson is competent enough to assist in his own defense.

RELATED: What's next for Andre Jackson?

This was Andre Jackson's second arrest in the Josue Flores case

New DNA evidence in the Flores led to the arrest of Jackson, who had been a long-time suspect.

Jackson was originally charged shortly after Flores’ murder in May 2016. Flores was walking home from Marshall Middle School in his Near Northside neighborhood in northeast Houston when he was stabbed around 20 times.

Police said in 2016 that multiple surveillance cameras showed a man matching Jackson’s description running in the area at the time.

Those charges were later dropped in July 2017, more than a year after his arrest, after DNA results came back inconclusive. Ogg said at the time there wasn’t enough evidence to withhold a conviction.

Houston Police Chief Art Acevedo said in May this year that the department was sending DNA evidence to a lab in Florida that has techniques to extract DNA from evidence that local and state labs don’t.

Acevedo said he kept a photo of Flores at his bathroom sink as a reminder to keep fighting for the 11-year-old and his family.

“It was such a brutal, nonsensical, absolutely no-excuses homicide,” Acevedo said in May. To the killer, Acevedo said: “We’re going to get you. I can guarantee that this department is not going to give up.”

Neither Ogg nor other law enforcement officials would expand on the evidence that linked Jackson to the murder. Ogg said the evidence will be presented extensively at trial.

In a statement Tuesday, Acevedo said: “For the past three years, our department has worked tirelessly to bring justice to Josue, the Flores family, and our extended community. Today’s true bill is a significant step in our journey for justice, and we look forward to supporting the Flores family as this case proceeds through the criminal courts.”

Jackson, who had previously been arrested for Flores’ murder before charges were dismissed, had his attorney file a motion with the court for HPD to return his belongings. Those included: two cell phones and charges, a backpack, a USB drive, paperwork and his clothing.

HPD returned all of those items but his clothing, asking the court to allow the department to keep his clothing because it continues “to be needed as evidence in an investigation,” according to court documents, and that “to return those items now would materially interfere with the ongoing investigation into the death of Josue Flores.”

Jackson was arrested Tuesday morning after a grand jury indicted him for Flores’ murder. A key part of that indictment, HPD sources tell KHOU, is a jacket belonging to Jackson.

That jacket, sources say, was sent to a lab in Florida for DNA testing.