Nationwide protests were sparked by the death of George Floyd, who was in the custody of police in Minneapolis. 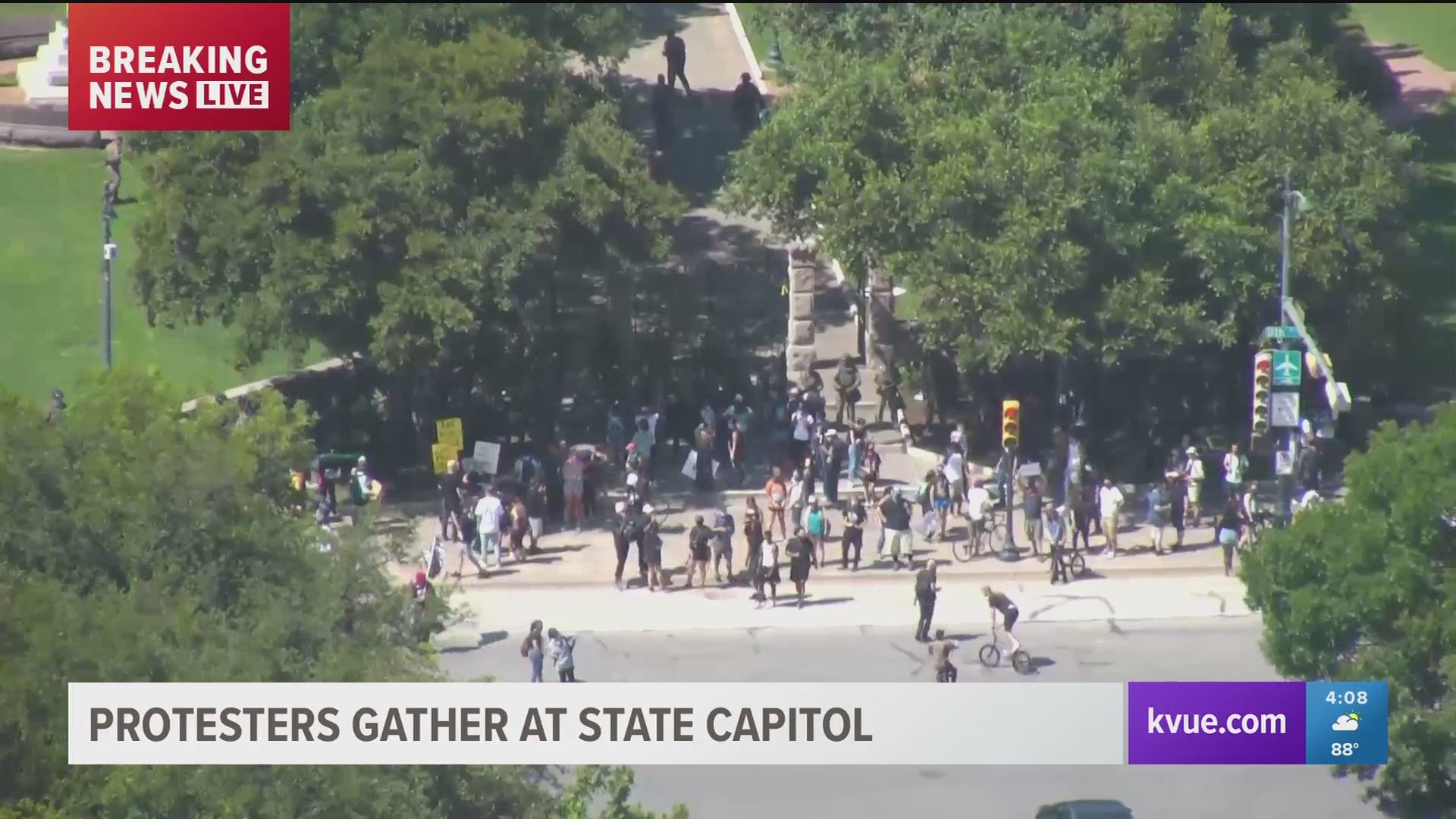 AUSTIN, Texas — Mayor Steve Adler joined KVUE on Saturday afternoon to speak about the protests that took place in Austin.

Nationwide protests were sparked by the death of George Floyd, who was in the custody of police in Minneapolis. In Austin, people are also protesting due to the death of Mike Ramos, who died after being shot by an Austin police officer.

Adler said he had the opportunity to go around downtown and see what was happening.

"Having a demonstration and a public statement right now, I think is a really appropriate thing. When you look at what it is that's been happening in communities around the country and here in Austin, you can't have events like we saw with George Floyd, and Ahmaud Arbery, and Breona Taylor and Mike Ramos here without, I believe, without having some kind of response," said Mayor Adler.

"This is a moment that is an important time to make a statement because I think that we do have a unique opportunity as a community to really advance the work that's been happening here locally," said Adler. "The decriminalization of smaller crimes, the real augmentation of police oversight, the things we're doing in this city we need to accelerate and do even more if we're going to undo what are generations of inequities. We have ground to be made up and I hope that we leave these times as a better city than we entered them."

The mayor said the city has done more than almost any other city in the country in decriminalizing minor offenses that lead to disparate arrests.

"We are in the middle of doing work to change the culture in our police department," said Adler. "The DA today is taking the case of Mike Ramos to a grand jury, I think that's appropriate. I saw the same video that the community saw that first weekend and commented that weekend that that video was real, was incredibly troubling."

RELATED: 21-year-old shot and killed during Detroit protest over death of George Floyd

Adler said the city still has a lot to do.

"We have a legacy that has led to us being one of the most geographically segregated cities in the country," said Adler. "We all have to resolve to do better in this city."

When asked about what specific work the city needs to be done, Adler said things need to be done to change the culture within Austin police, like changing the training of officers, the recruiting of officers and changing the focus to service assistance from law enforcement, among other things.

Regarding the peaceful nature of the city's protest, Adler said Austin is lucky.

"A demonstration like this can be thrown off-center pretty easily with a stray act or two," Adler said. "But generally speaking, Austin is a community that is not shying away from but actively engaging in this conversation. I mean, it's hard to talk about race. But as the list grows of unarmed men, men and women, of color that are ending up dead in confrontations with police, you have to recognize that that kind of thing serves to undercut trust."

Additionally, Adler said while he is not intending to attend the protests to avoid large crowds during this pandemic, he wants his voice to be heard loudly. Adler urged people to be mindful of social distancing as much as they possibly can.

Austin City Councilwoman Ann Kitchen also spoke to KVUE on Saturday afternoon about the protests. Kitchen said it's important to hear what people have to say.

"Their outrage is real," said Kitchen. "This is unacceptable in our country, what has been happening, and it's important that they're out there and saying that."

Kitchen said people out protesting should be doing what they can to stay safe, like wearing face coverings and social distancing.

Regarding the mayor's interview, Kitchen said the city needs to demonstrate a change in a real tangible way, including better mental health training and better curriculum in the training of the Austin Police Department's cadets.

Kitchen also said she is happy to see the peaceful nature of the demonstration and restraint shown by the police.