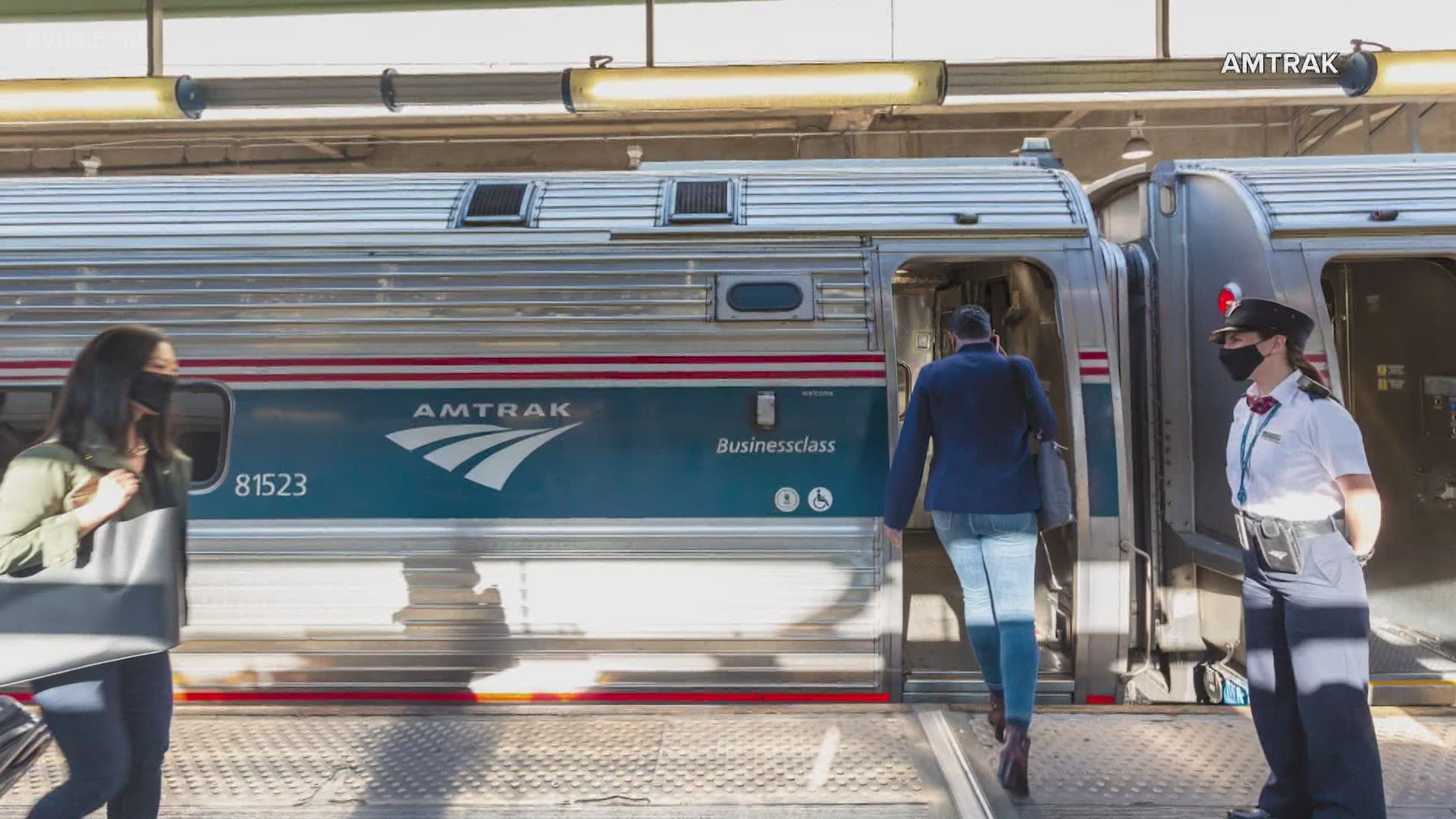 AUSTIN, Texas — Amtrak announced that it will resume its daily service to Austin via the Texas Eagle starting on May 24.

The announcement comes as Amtrak is reviving 12 long-distance routes thanks to rising demand and newly secured congressional funding. The routes had been suspended due to pandemic-related schedule restrictions.

The COVID-19 relief funding is allowing Amtrak to sustain and restore operations as well as recall the more than 1,200 furloughed employees through the remainder of Fiscal Year 2021 and into Fiscal Year 2022.

The new daily schedules will kick off in May. They're grouped into three phases:

“Offering daily long-distance service represents a vital step in our road to recovery,” said Amtrak CEO Bill Flynn. “Recognizing the immense value of our employees, we’d like to thank Congress for enabling service restoration and helping us recall furloughed employees.”

RELATED: Project Connect: What's the next step for the $7.1B Austin transit plan?