Ambrosio Gonzales, 23, was found shot to death in a car in the parking lot of Country Grocery in Del Valle over Memorial Day weekend. 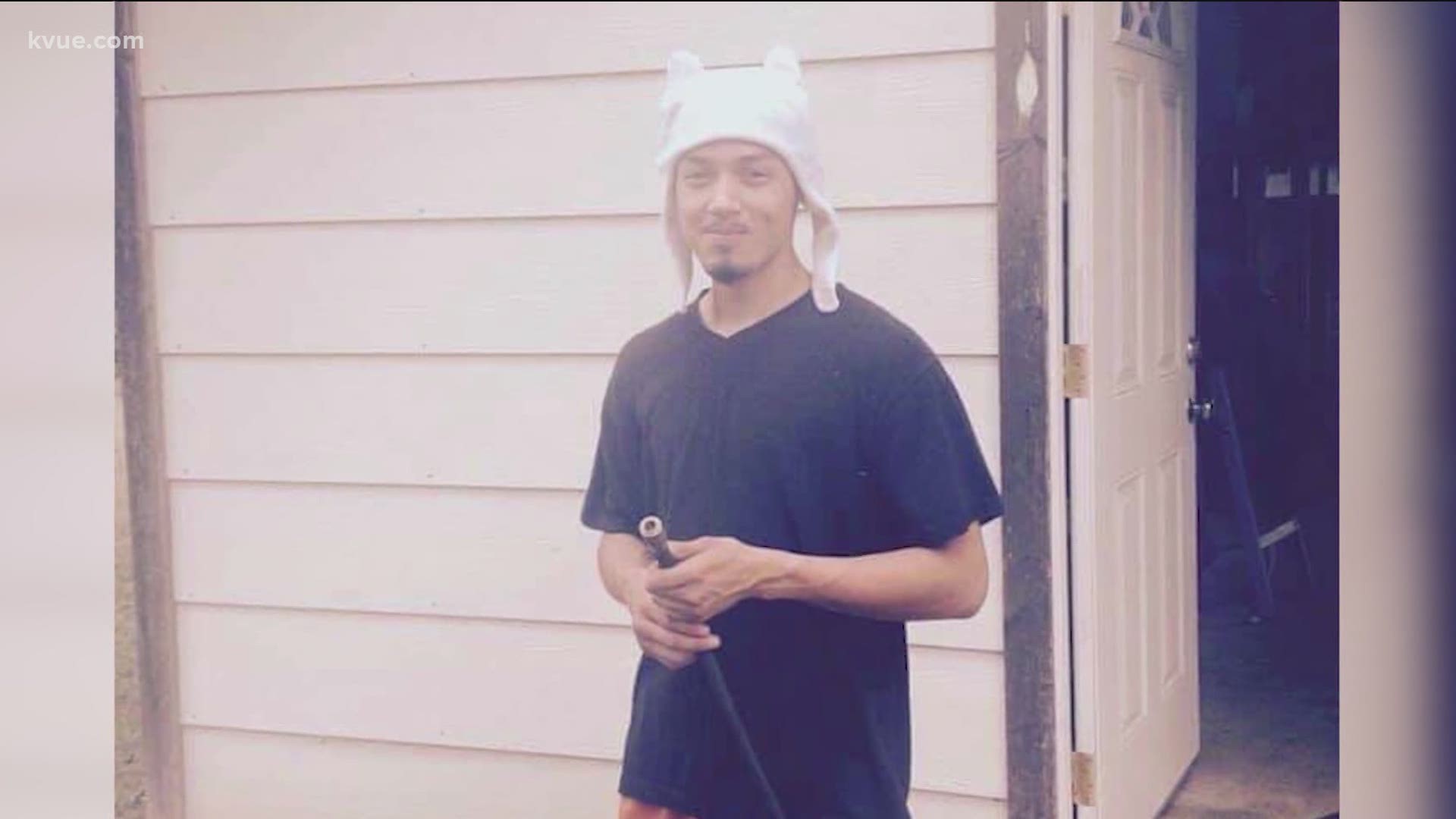 DEL VALLE, Texas — The Bastrop County Sheriff's Office confirmed to KVUE that an arrest has been made in connection to a two-month-old murder.

On May 24, 23-year-old Ambrosio Gonzales was found shot to death in a car in the parking lot of Country Grocery in Del Valle.

On June 2, the sheriff’s office identified 23-year-old Michael Heath as a person of interest in the murder. He was arrested in Hays County on July 28, and is now being held in Bastrop on charges of murder and tampering with evidence, with a $1 million bond.

Heath was taken into custody with the assistance of APD.

KVUE spoke with Gonzales's family in late June. Gonzales’s sister said he and Heath were friends for years.

“It's not hurting him knowing what he did. It's not eating him up like he's trying to run from it. He's not trying to take responsibility,” StarAngel Gonzales said. “A lot of people don't want to believe it or believe us about what happened because obviously, you know, they were friends. We've known them for, like, since elementary school. They live down the street.”

At the time, Bastrop County Sheriff Maurice Cook said deputies had chased down several leads, but it seemed like they were just a bit too late each time they checked one out.

“We have had several leads and we've been close to him several times, but we just have not arrested him at this point,” Cook said.

At the time of the murder, Heath was under investigation by the sheriff’s department for drug distribution.

Deputies had reviewed surveillance video of the incident and spotted Heath taking several large bags from the car that Ambrosio’s body was found in, but as of late June, hadn't been able to determine what was in the bags.

“Bastrop County does not have a whole lot of violent crime,” Cook said. “The fact that we had Michael Heath under investigation at that time for narcotics distribution and then all of a sudden there is a murder and he becomes one of a person of interest, I think that kind of makes it unique in the sense that we already had him on our radar.”

A few days after Bastrop officials identified Heath as a person of interest, they arrested his cousin, 27-year-old Dustin Heath, for obstruction, after he allegedly posted a video on Facebook threatening anyone who shared the sheriff's office wanted flyer.

Ambrosio’s family wants justice before they can start to heal.

Ambrosio Gonzales was StarAngel Gonzales’s youngest brother. She teared up remembering him, thinking about what life will be like without him.

“He’d give the shirt off his back if it came down to it. He was that type of person,” she said, “really sweet, very loud, funny, very unique – unlike any other person.”