Residents near the Blanco River say the algae problem has gotten a lot worse in only a few week's time. 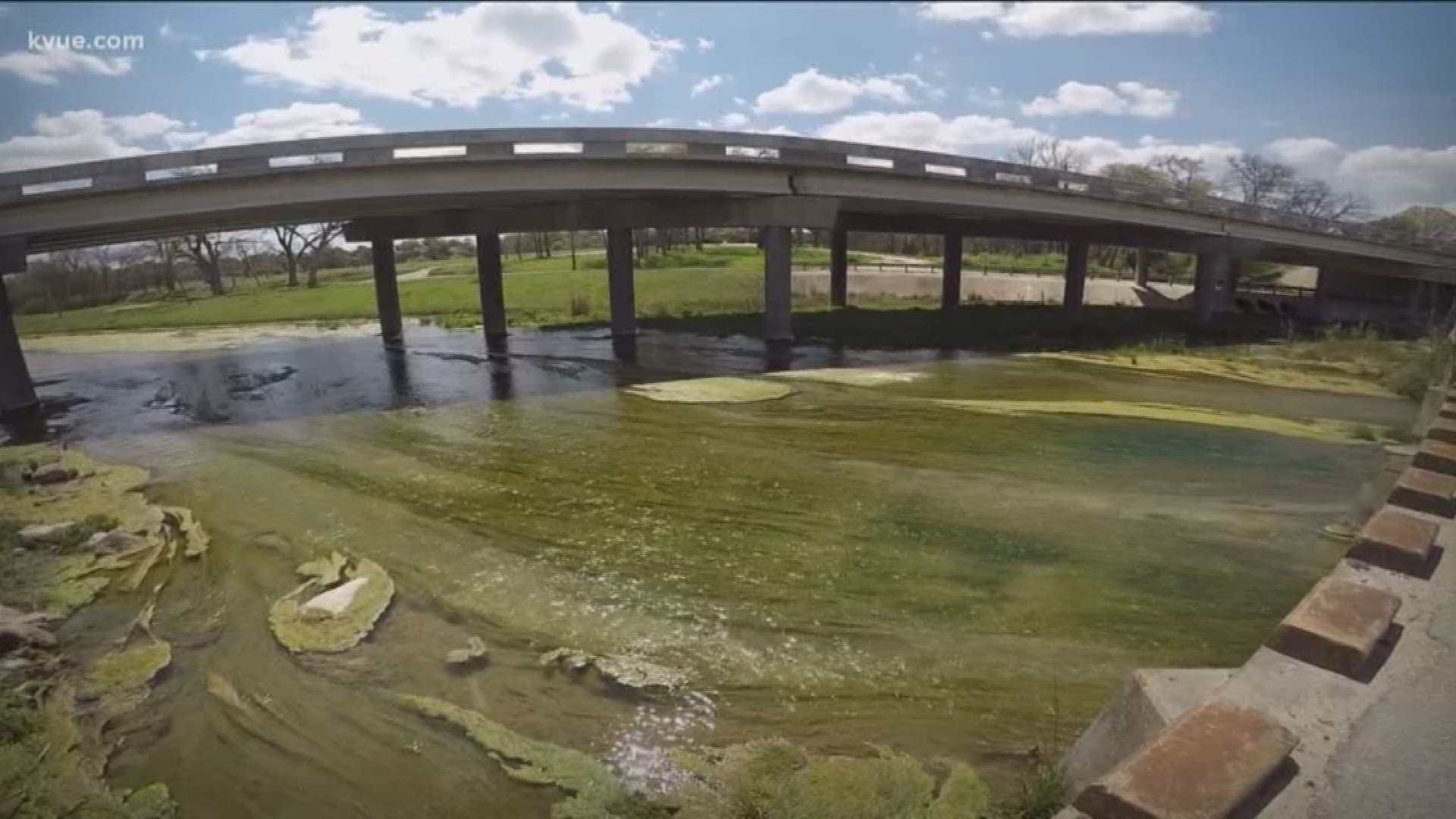 BLANCO, Texas — Homeowners near the Blanco River say there's an algae problem that's damaging the quality of the river, and it's gotten a lot worse in just a few weeks.

"It makes me sick," said Joe Theriot, owner of The Blanco Settlement Riverfront Lodging. "Once a river or stream is failed in Texas, it's hard to get it back."

Theriot's business consists of 20 RV sites and about 10 cabins. He said it's upsetting to see the water turn green, being a major blow to his riverfront business.

"We depend on a lot on tourism," Theriot said. "Looking at the water like this, you don't even want to get in it to swim."

Gooey, green algae has taken over a large part of the river, especially downstream.

"Ten days to two weeks ago, we started seeing this trainwreck," said J. T. Morgan, president of Protect the Blanco.

He believes the City of Blanco is dumping wastewater into the river and it's causing the algae.

"It's caused by excessive nutrients in the water," he said. "It's pretty obvious it's coming from the effluent from the City."

Last year, the Texas Commission on Environmental Quality allowed the city to dump 225,000 gallons of waste per day.

"We've been fighting this over a year now," said Theriot. "Yet here it is and, once it happens, it's so hard to get rid of it."

Although the City hasn't responded to the complaints of those living along the river, Theriot hopes they do something before the river goes to waste.

"There are people that come here year after year and they're saddened by the way the river looks right now," Theriot said.

KVUE has reached out to the City of Blanco Public Works and Utilities department, but have yet to get a response.

The City of Blanco released a statement last month in regards to the newest TCEQ request:

The City of Blanco is seeking a Wastewater Discharge Permit through the Texas Commission on Environmental Quality (TCEQ) to address growth in the City and surrounding area. Blanco has grown more than 11 percent since 2010, and neighboring Hays County has seen 60 percent growth in the last 10 years.

In 2016, the City began the planning process, including a three-phase approach. In the first phase, the City upgraded the existing wastewater treatment plant. With that complete, now it is time for the second phase – securing the Wastewater Discharge Permit. The third and final phase, securing a Reuse Permit from TCEQ, will bring Blanco service and sustainability goals into view.

We have an obligation to our citizens to develop a long-term plan that is environmentally conscious and fiscally responsible for all the citizens of Blanco.

"The City must prepare today for its future and we believe our plan to expand the plant and utilize reuse as the City’s main wastewater disposal technique will achieve Blanco’s goals of environmental stewardship and fiscal responsibility,” Mayor Martha Herden said."