His loved ones gathered for a vigil on Monday night, on what would have been his 28th birthday. 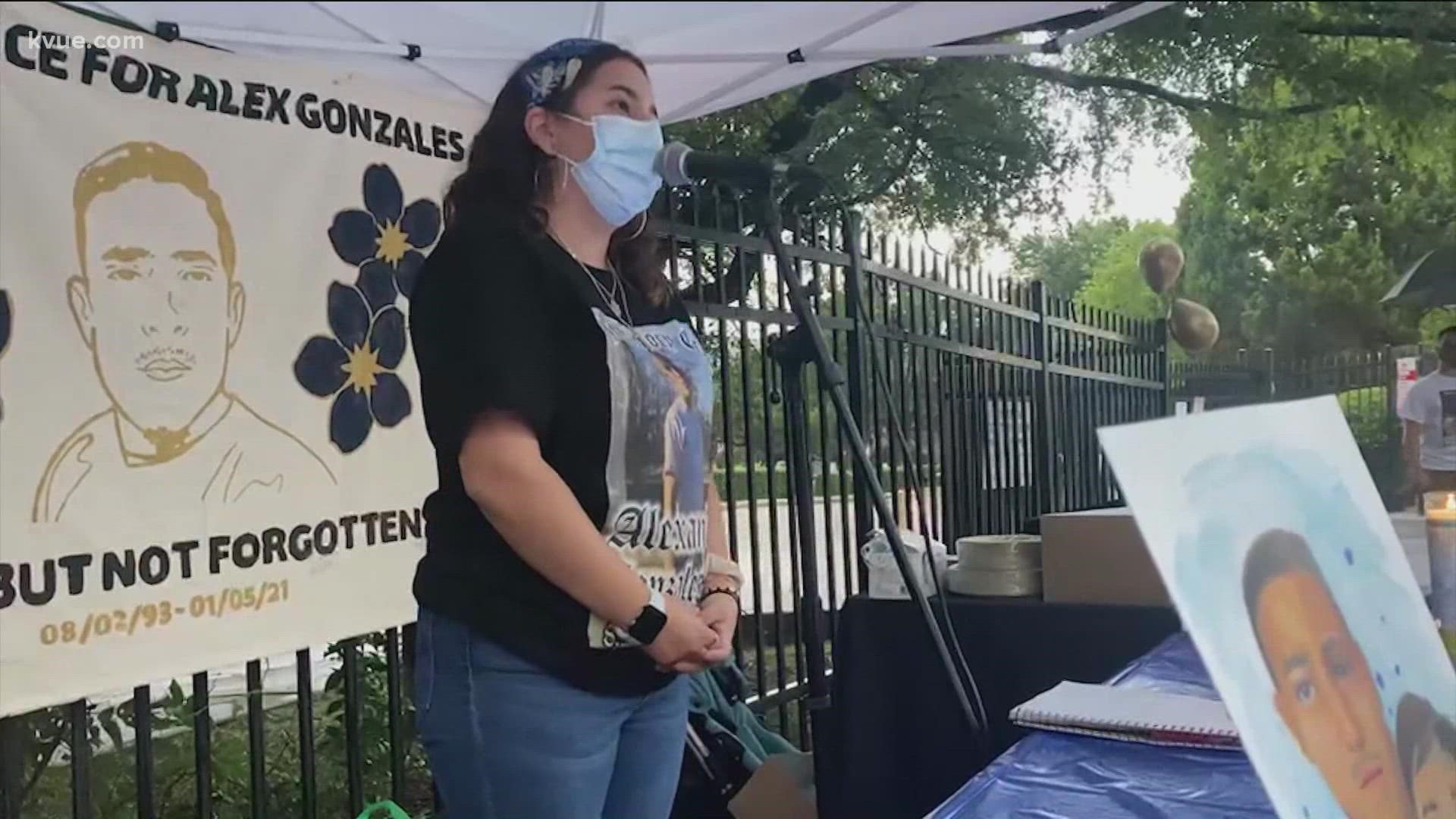 AUSTIN, Texas — On Monday night, family and friends of a man who was killed by Austin police continued to push for accountability.

Alex Gonzales died in January after what police called a "road rage incident" involving an off-duty officer. Police say Gonzales cut off an off-duty officer, then fired a gun at him. That officer called for backup. Another officer shot and killed Gonzales.

His loved ones gathered for a vigil on Monday night, on what would have been his 28th birthday.

"He'd be so happy. He's here with us, celebrating his life, seeing all the people come together," said his sister, Angel Gonzales. “We will get justice as long as we stand together, and we'll keep fighting.”

Gonzales' wife and baby were in the car that night. His wife was shot in the arm but is physically OK now. The child was not hurt.

The officers involved, Luis Serrato and Gabriel Gutierrez, were placed on administrative leave.

According to the Travis County District Attorney's Office, the district attorney's office's Civil Rights unit and Austin Police Department's Special Investigations unit are conducting a joint investigation in this case. They likely won't decide to present this to a grand jury until later this year.

Sen. Lindsey Graham tests positive for COVID-19 despite being vaccinated