After two tragic mass shootings, the El Arroyo sign has no words

The restaurant hopes the simple gesture conveys a serious message. 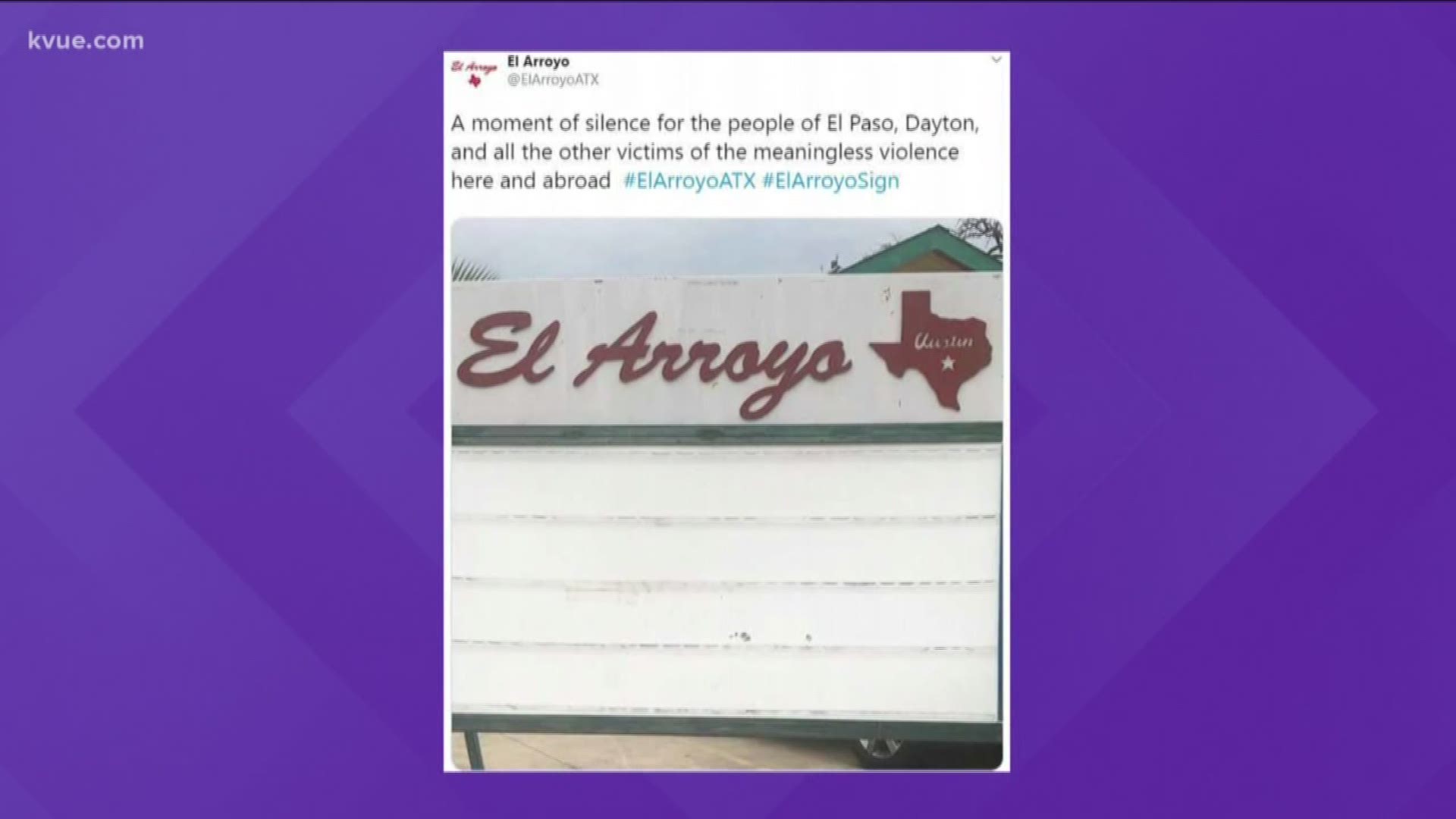 AUSTIN, Texas — The iconic sign outside the El Arroyo Mexican restaurant in Austin is famous for its funny sayings, but on Sunday the sign had no words at all.

The restaurant hopes the simple gesture conveys a serious message.

“A moment of silence for the people of El Paso, Dayton and all the other victims of the meaningless violence here and abroad,” the restaurant wrote on its Twitter and Instagram pages.

The move comes after two mass shootings in less than 24 hours.

In El Paso on Saturday, a 21-year-old man allegedly shot and killed 20 people at a Walmart, injuring 26 others. The incident is being treated as domestic terrorism and the suspect has been held on capital murder charges.

RELATED: Here are the victims of the El Paso Walmart shooting

Then, on Sunday morning, a gunman wearing body armor and carrying a rifle killed his sister and eight others in Dayton, Ohio.

Just days before, on July 28, a 19-year-old shot and killed three people, including two children, at the Gilroy Garlic Festival in Northern California.

"I think the question has to be raised, why does Dayton have to be the 250th mass shooting in America?" Dayton Mayor Nan Whaley said at a 7 a.m. press conference.