After our story aired, a woman donated her macaws in memory of her late husband.

"These birds mean a lot," said Mary Estrada, while looking at her pair of macaws.

"I lost my husband. We went to bird shows and we were very close, and it's like they've lost their daddy," she said, saddened at the memory of husband David. 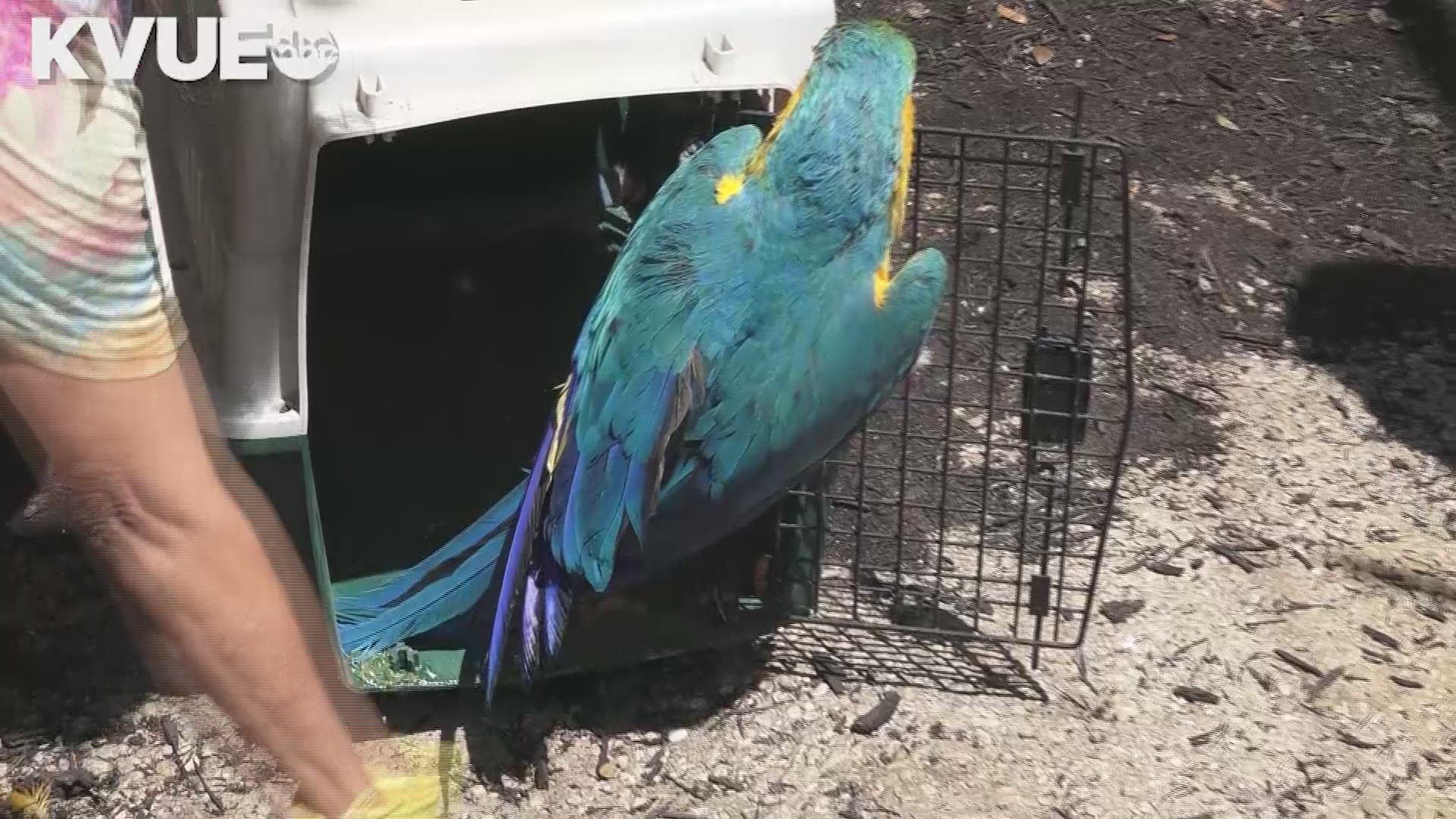 Both her and her late husband where bird lovers who owned the inseparable macaws Bonnie and Clyde.

"It's something we both enjoyed," she said. "My husband was so happy to get them."

"We entered each others lives at the right moment," said Kristin Williams, who manages Wonder World Park in San Marcos. "I'm so glad they saw our story and we're so excited to see the life they will have with us. It'll be wonderful."

1 / 6
Juan Rodriguez
Officials at Wonder World Park met with a family today that donated two macaws on Monday after the macaw that used to sit in the park was stolen.

After thieves stole the macaw that greeted people at the park last month, Estrada decided to donate her pair of macaws in memory of her husband.

"They mimic everything a person says," Estrada explained. "When I heard they lost the bird, I knew this is what the place needed."

Both Bonnie and Clyde are now marking their territory at Wonder World Park, as they get used to their new home.

"I hope they will stay here forever," said Estrada. "I want it to be in memory of my husband, because this is something he would have been more than happy to do."

The park owners plan on including a plaque in memory of late David Estrada.

They are also hopeful someone will return Suzy. If you have any information about Suzy's whereabouts, call the park at (512) 392­-3760.