The woman who allegedly accused a Williamson County man of breaking into her home and assaulting her has been arrested. 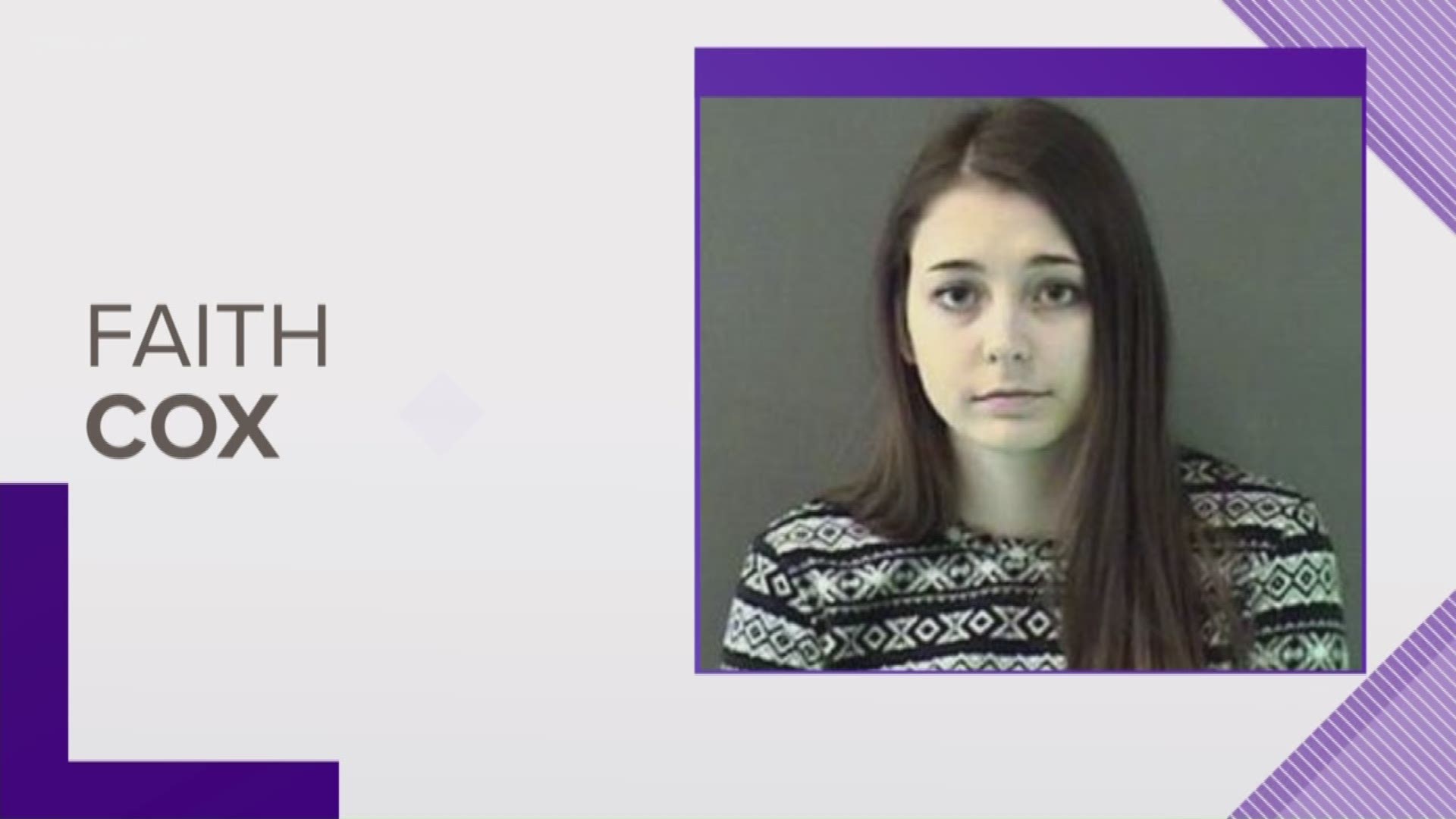 BELL COUNTY, Texas — A woman who accused a former boyfriend of breaking into her home and assaulting her has been arrested after authorities say she made the story up.

Faith Cox, 19, was booked into the Bell County Jail on Tuesday on a charge of making a false report to police. Her bail was set at $2,000.

She is accused of making a false report to Temple police in 2017, accusing Cristopher Precopia of slicing an “X” into her chest after breaking into her home.

Prosecutors later dropped the charges against him after he proved he was in Austin -- more than an hour away -- when the alleged crime happened.

It was a selfie that led to his freedom.

Officials said based on that review, they charged Fox with a crime.