The dog owner who police say ran over Champ is now facing charges. 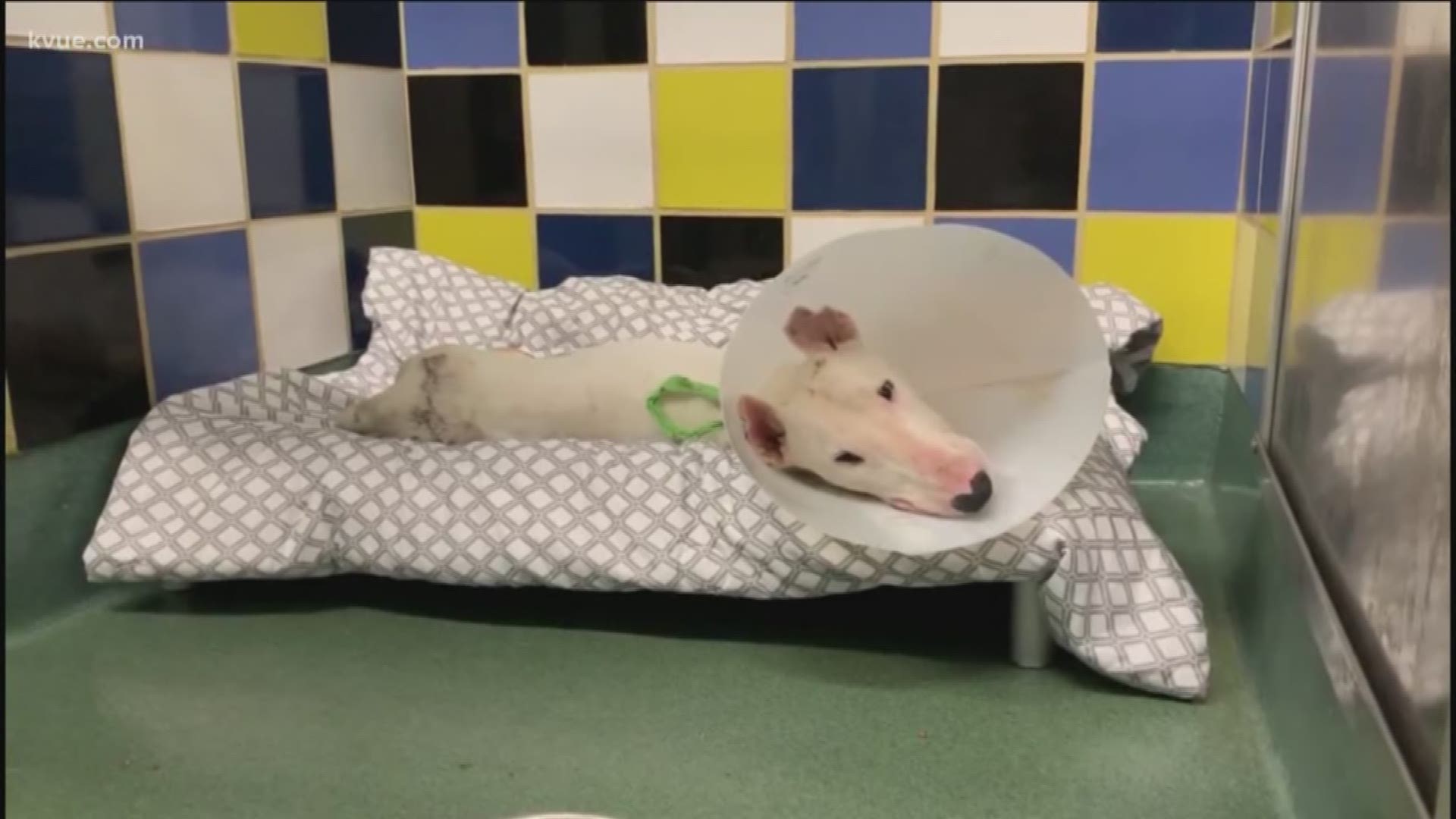 ROUND ROCK, Texas — The Central Texas community has rallied its support, donating money towards recovery for a dog who endured several injuries after being dragged by a truck and run over last month.

The Williamson County Regional Animal Shelter posted on its Facebook page the community had raised more than $13,000 for Jane's Fund, the shelter's medical fund, to help the bull terrier mix, Champ.

Champ suffered several injuries in the incident, including a broken hind leg and a large cut with a bone sticking out of it.

The Round Rock man and dog owner is now facing charges, according to the police.

Community members have been reaching out to the shelter, asking to visit Champ and see when he will be up for adoption.

Despite the interest, the shelter responded in Facebook comments that it will still be a while before either of these things can happen as Champ's back legs are still recovering, but there are still plenty of other animals that are up for adoption!