Three dogs died recently in Austin after swimming in Lady Bird Lake and more reports of dog deaths are coming in from other states. One expert has a theory. 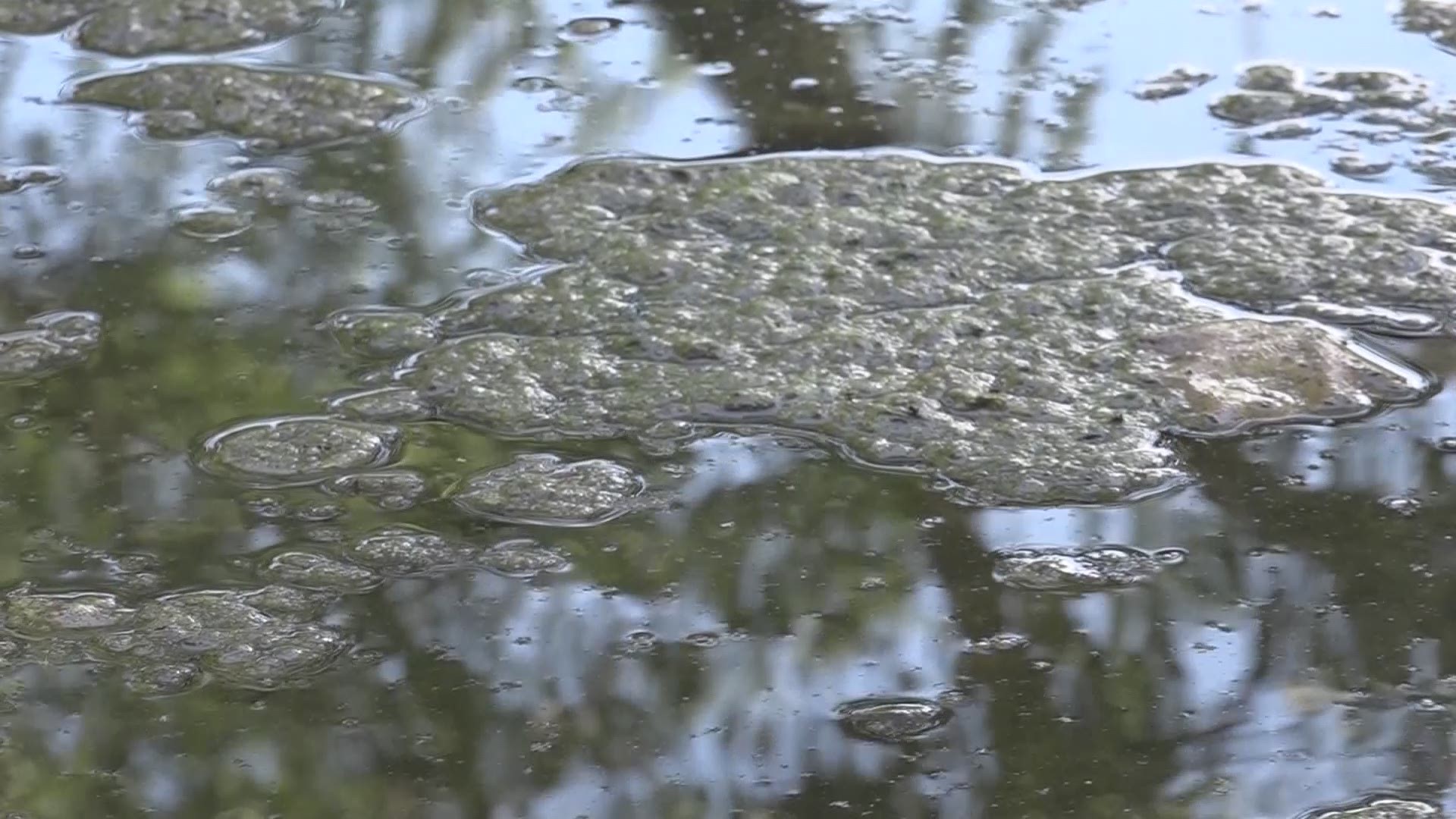 City officials have been testing the water in Austin. They reported preliminary Lady Bird Lake algae results showed no toxins, while there were low levels at Red Bud Isle.

Red Bud Isle remains closed after officials shut it down on Wednesday. The City said they are not sure when it will reopen.

Officials also reported algae testing results on Monday for "Barkin' Springs." They said the algae found there was "harmless."

There have been reports of dogs dying across the country after swimming in contaminated water.

One local water safety expert, Mike Clifford, said he thinks he knows the cause the blue-green algae showing up at Red Bud Isle.

He said blue-green algae, or cyanobacteria, typically needs sunlight, warm water temperature, and a lack of rain to grow, along with nitrogen and phosphorus.

As far as the nutrients go, he said "wastewater treatment plants are the main cause of it or leakage from sewer systems or septic tanks."

However, he said he doesn't believe that is the case this time.

"I don’t think any of those were the key thing," said Clifford. "I think it was because there were so many dogs in the area, and you have a lot of urine and feces from the dogs that that got into the water, that created the nutrients needed for this cyanobacteria to grow."

Clifford said he would recommend both pets and people stay out of the water until it's cleared up.

"If you ingest the water from a body of water that has this cyanobacteria, this blue-green algae, then you’re going to at a minimum get sick, but as a worst case you could die from it," said Clifford.

As far as pets go, keep an eye out for the following symptoms within minutes to hours of exposure: