After increase in homicides in 2018, Austin PD creates task forces

Thirty-four homicides were reported in 2018 in Austin. 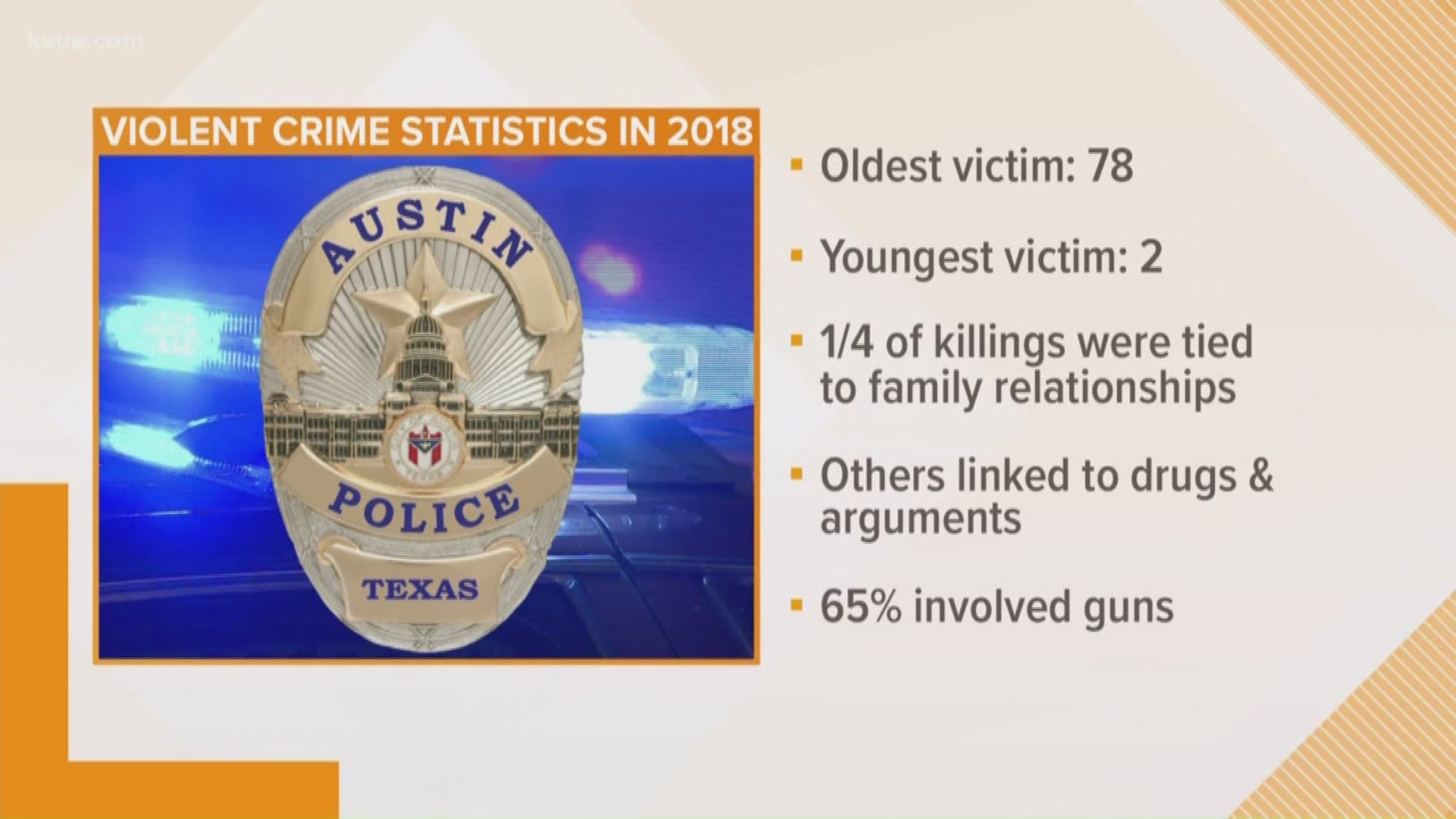 According to Austin Police Assistant Chief Ely Reyes, 2018 was an "atypical" year for homicides.

Last spring, APD launched the "Violent Crimes Task Force" to target people known to commit violent crimes. The task force is comprised of nine officers, a sergeant and a detective.

More recently however, the Statesman reported the department also launched the Aggravated Assault Unit, which is made up of eight detectives and a sergeant who are tasked with acquiring "a better understanding and stronger investigative skills and more resources toward aggravated assaults."

Reyes said it's imperative these offenders be caught quickly in an effort to improve the department's impact on violent crime.

“A lot of these violent crime offenders (police) are apprehending are people who start off with robberies — robberies of businesses, robberies of individuals — and when they’re using firearms in the commission of these offenses, as they continue on their crime spree, the likelihood that they are going to use the firearm increases,” Reyes said.

According to data from Austin police records pulled by the Statesman, there are still four homicide cases from 2018 that remain unsolved regarding the deaths of Richard White, Luis Rodriguez Tomayo, Jonathan David Rogers, and Nicole Diane Coleman.