More than 300 Special Immigrant Visa holders are expected to resettle in Texas over the next few weeks, with over 100 coming to Austin. 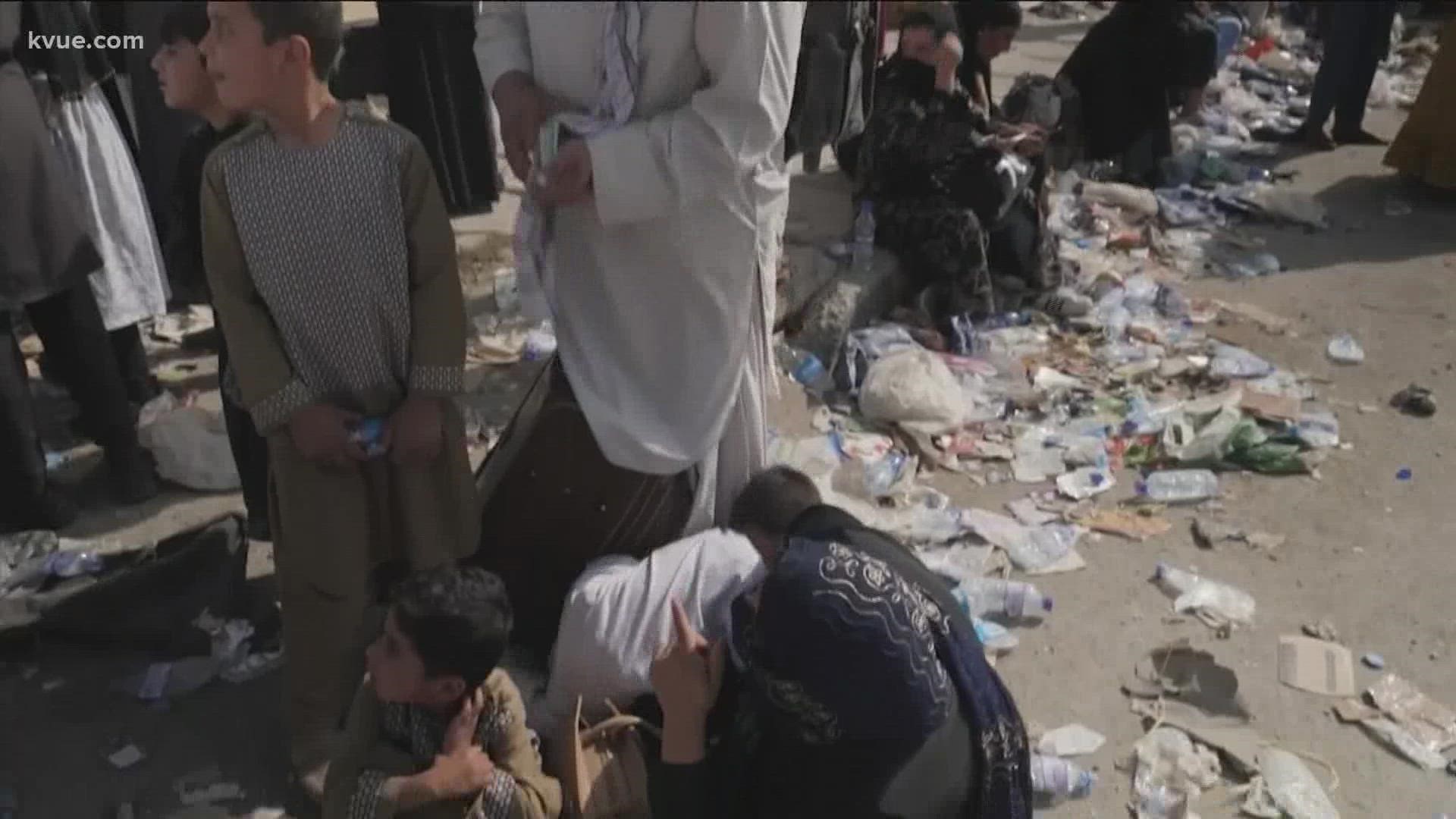 AUSTIN, Texas — Fear and devastation continue to rage through Kabul, with reported targeted killings by the Taliban only adding to the chaos. Many people are trying to leave Afghanistan as quickly as possible, and hundreds will soon seek refuge right here in Texas.

Some of the Afghans in the most danger are those who helped the U.S. military. That's why many now qualify to come take refuge in the U.S. through the Special Immigrant Visa, or SIV, program.

"These are individuals who I believe we have a moral obligation to help,” said Russell Smith, the CEO of Refugee Services of Texas. “And we've actually made that promise to them, that they helped us in our efforts in Afghanistan, which has put them in their families' lives at risk. And so both fulfilling our promise and also kind of the moral obligation to get them out of harm's way."

Russell Smith told KVUE that over the next few weeks, they are expected to resettle more than 300 Afghans in Texas. About 100 of those SIV holders will be moving right here to Austin. Four families already arrived this past week, and the first to arrive was a family of seven. Smith said there is no time to waste, as there are people in serious danger.

"We have reports from one staff member that his brother had been kidnaped by the Taliban earlier in the week,” shared Smith. “Fortunately, we heard that they released him a few days later."

Each year, more than 10,000 Afghans come to the U.S. through the SIV program, but now just in this current wave, they are expecting about 30,000 SIV-holders to move to the U.S.

Refugee Services of Texas takes care of about one-third of all resettlements in the state. The organization says these people are in danger because they helped us, so now it is our turn to help them.

Refugee Services of Texas told KVUE all people who apply for SIVs undergo a security background check, as well as health screenings.

Here are ways you can help Afghan SIV families through Refugee Services of Texas:

How much does Regeneron COVID-19 monoclonal antibody treatment cost? Is it easily accessible?

Round Rock ISD could change its mask mandate opt-out option