AUSTIN, Texas — An incident that occurred Thursday at the Austin Animal Center has led a group to hold a press conference, calling on the City to hire a more qualified shelter chief than the current pool of candidates.

Attorney Ryan Clinton, a no-kill advocate, started the press conference on Friday talking about an incident that happened this week at the animal shelter.

Clinton described an incident that occurred at the Austin Animal Center where a dog named Marley was brought in. She was pregnant and her puppies were aborted.

Clinton said it was a late-term pregnancy, meaning the puppies may have been viable in the womb at the time.

According to Clinton, Austin Animal Center has a standard operating procedure that if a pregnant dog comes in, Austin Pets Alive! will be alerted and be given a deadline to claim the pregnant dog.

Twelve hours after the email, Austin Animal Center said they just missed it and they spayed the dog anyway, according to Clinton.

Clinton said this meant the animals were removed from their mother and killed. 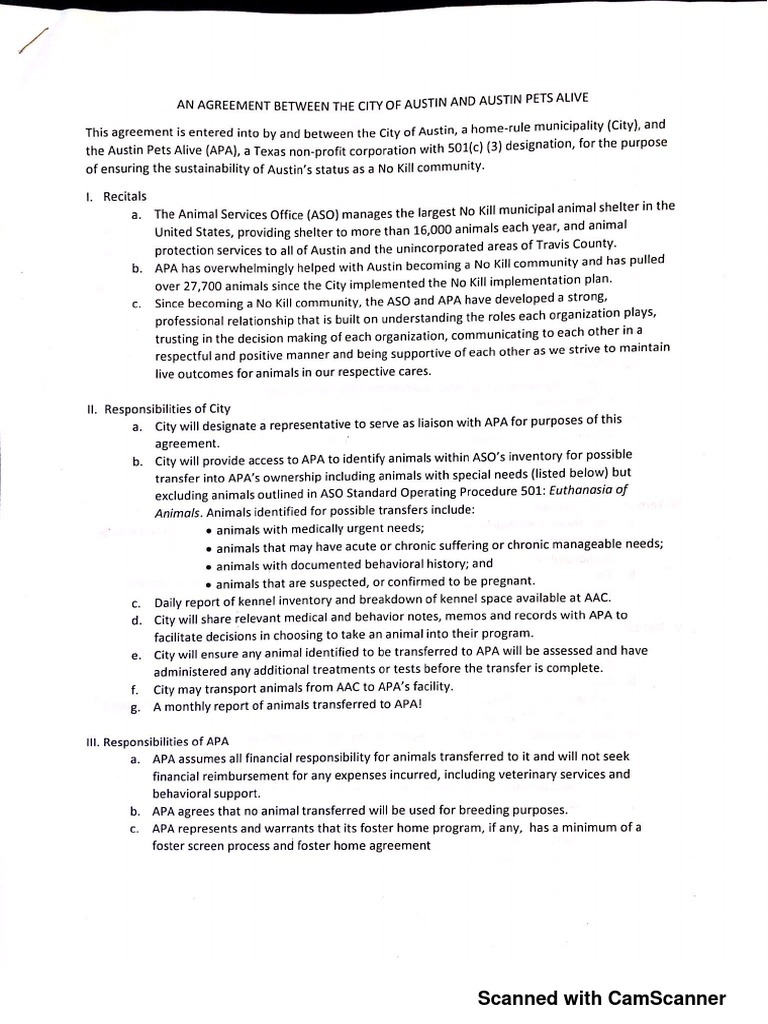 Austin Animal Center released a statement after the incident saying it occurred after a "miscommunication" and it can be found below:

"The spaying of Marley was an unfortunate result of human error. The Austin Animal Center veterinarian staff does follow a Standard Operating Procedure of scheduling animals who are not confirmed on by the deadline, for surgery the following day. A miscommunication occurred, causing staff to schedule Marley one day early. This situation has helped us identify a weakness in the communication process with our partner, and we will be implementing additional safeguards to ensure this does not happen again."

District 7 City Council Member Leslie Pool sent out a statement on Friday in regards to the incident at the shelter that said the following:

"What happened yesterday at our Animal Services Center is unconscionable – long-standing procedures weren't followed – and it is now imperative that we get the right shelter director to ensure that Austin's important No Kill policies are not only protected but deepened and expanded.

It's a badge of special distinction that Austin is the largest No Kill city in America. We should not allow Austin's status to be damaged or diluted.

I trust the City Manager will get to the bottom of what happened to ensure it never happens again.

We are indebted to Austin's animal advocates – our friends with Austin Pets Alive!, Texas Pets Alive!, Fix Austin, Emancipet, and others. I so appreciate their unswerving commitment to our shelter animals."

According to Clinton, there is a desire among the no-kill community for a new, better search for a new chief animal shelter officer. Clinton said the City deliberately excluded the stakeholders from the process of finding a new chief.

In July, the City announced the two finalists for the chief position: Don Bland from the Humane Society of Central Texas, and Linda Cadotte, currently the director of parks, recreation and forestry for the City of Superior, Wisconsin.

Critics claim they lack experience managing such a large shelter and don't have the institutional knowledge about Austin's no-kill standards.

Clinton said the no-kill community wants the city manager, city council and mayor to do the five following things:

The City has stood by the two candidates but has not commented on specific personnel decisions. Here is the City's full statement:

“As a matter of practice the City of Austin does not comment on specific personnel decisions. Regarding this position generally we can say, after gathering information from the Austin community on what qualities and experience their ideal candidate would possess, the City of Austin went through a nationwide recruiter to search for a Chief Animal Services Officer. Candidates for the Chief Animal Services Officer position applied for the job knowing that Austin is the largest No Kill community in the nation. This standard in pet care is something many cities across the U.S. strive for, and in order for it to be changed it would need to be approved by council, who at the March 28, 2019 Council meeting, raised the No Kill benchmark from 90% to 95%. There were several rounds of interviews with highly qualified candidates, and the final two were chosen and presented at a public Meet and Greet event. The City of Austin is proud of the final two candidates and knows that both of them are seasoned public service professionals with a passion for animal care. We’re confident that the successful final candidate will lead Austin Animal Services programs and initiatives into the future.”