Officials with the FBI said the suspected shooter had been investigated by law enforcement agencies before. 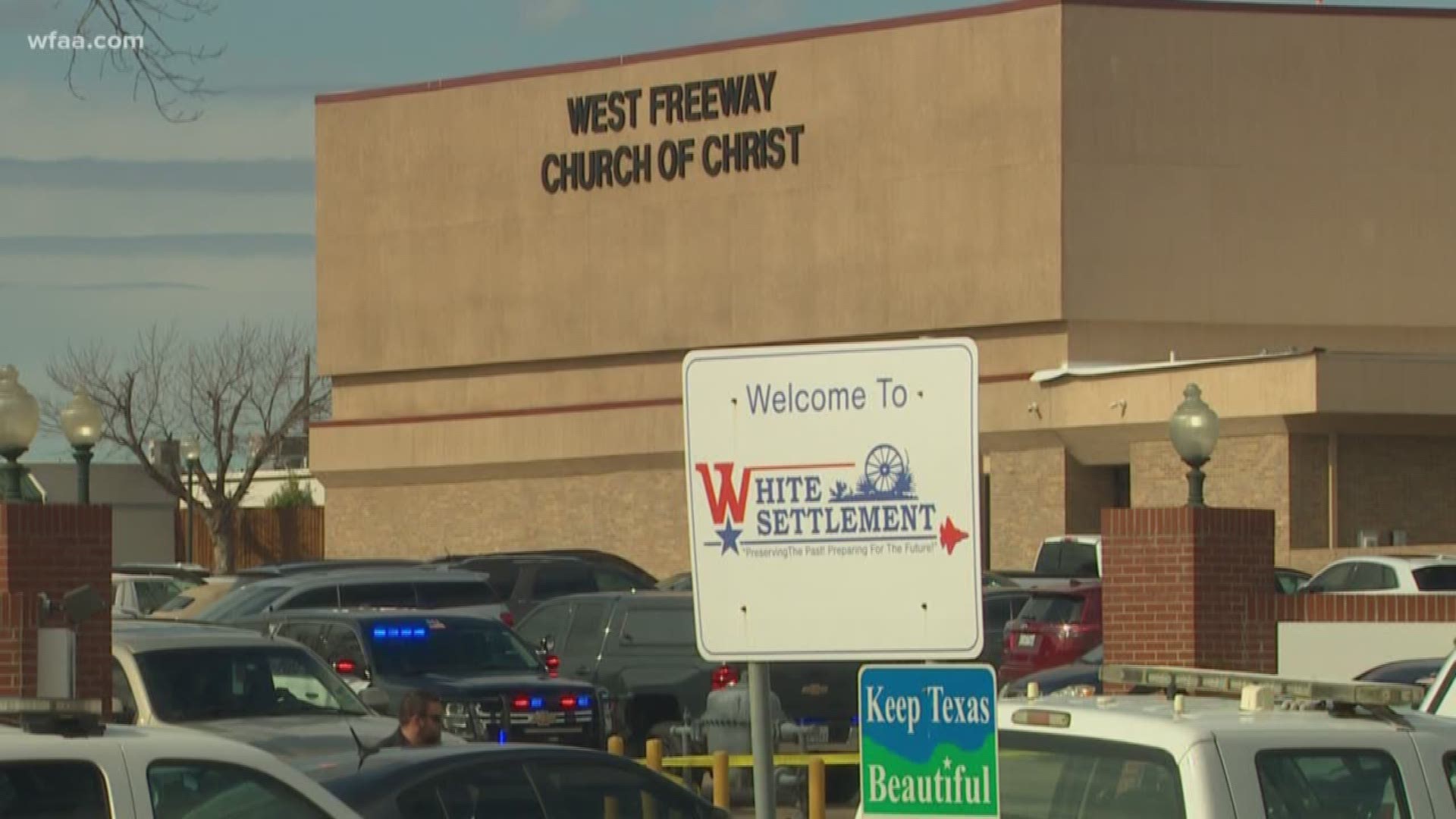 Updated at 1:09 p.m. Monday with the names of people involved.

Police say congregants shot and killed a man Sunday after he opened fire in a church near Fort Worth, Texas.

Bevering said the assailant fired at least once before the “heroic actions” of the congregants cut his assault short.

Jack Wilson said he was the man who shot the gunman. The two people killed have been identified as 67-year-old Richard White of River Oaks and 64-year-old Tony Wallace of Fort Worth.

Authorities have identified the shooter as Keith Thomas Kinnunen, 43, from River Oaks.

RELATED: Meet the man who 'took out' the active shooter at a Texas church

"Our hearts and prayers go out to all the families that were affected by this incident," said Fort Worth police spokesman Mike Drivdahl.

Fort Worth police received reports of an active threat around 11:20 a.m. at West Freeway Church of Christ. The church is located at 1900 South Las Vegas Trail in White Settlement, which is near Fort Worth.

A live stream of the worship service shows a person wearing a large coat stand up and then pull out what appears to be a shotgun as communion was finishing. The shooter appears to fire twice before another person appears to shoot back.

The shooting lasted about six seconds, the live stream shows.

Many people in the congregation ducked under church pews while others rushed toward the shooter, holding up handguns, the video shows.

A church leader then told people to quiet down and be seated.

"Everything is under control. Our security team did everything they needed to do," the person said.

He urged everyone to stay calm and file out of the sanctuary. In the video, he said one church member was harmed.

"We had a gentleman that came in armed to do harm," the church leader said.

In the chaos after the shooting, church members can be heard screaming and crying.

One person yelled, "I love you daddy."

"We lost two great men today, but it could’ve been a lot worse. I am thankful that our government has allowed us the opportunity to protect ourselves," he said.

Farmer said he had planned on preaching a message about leaving a legacy. But he never got the chance.

“Today is one sermon I’ll never preach. It will go away, it was called 'Leaving a legacy' and two men today left a legacy," he said. "But the congregation is going to build on the legacy."

Two more people were treated and released at the scene after they hit their heads ducking for cover, MedStar officials said.

Longtime West Freeway Church member John Richardson was one of those who survived the shooting. He said he and his wife hit the ground and he laid on top of her to protect her.

"We have to understand that this poor man, I don't know what his mental state was, but my heart goes out to his family, because they have to live with this," he said.

RELATED: Member who survived church shooting: 'We can't have hate for anybody that does hate for us'

He selflessly said that he’s praying for the suspect’s family.

"Our hearts go out to the victims and families of those killed in the evil act of violence that occurred at the West Freeway Church of Christ. Places of worship are meant to be sacred, and I am grateful for the church members who acted quickly to take down the shooter and help prevent further loss of life. Cecilia and I ask all Texans to join us in praying for the White Settlement community and for all those affected by this horrible tragedy."

U.S. Attorney Erin Nealy Cox also tweeted out Sunday that details of the shooter are currently under investigation.

The shooter's motive was unknown as of late Sunday, according to FBI officials.

A new Texas law allowing worshippers to carry guns in religious locations went in to effect just months before the shooting.