One person was treated for minor injuries. 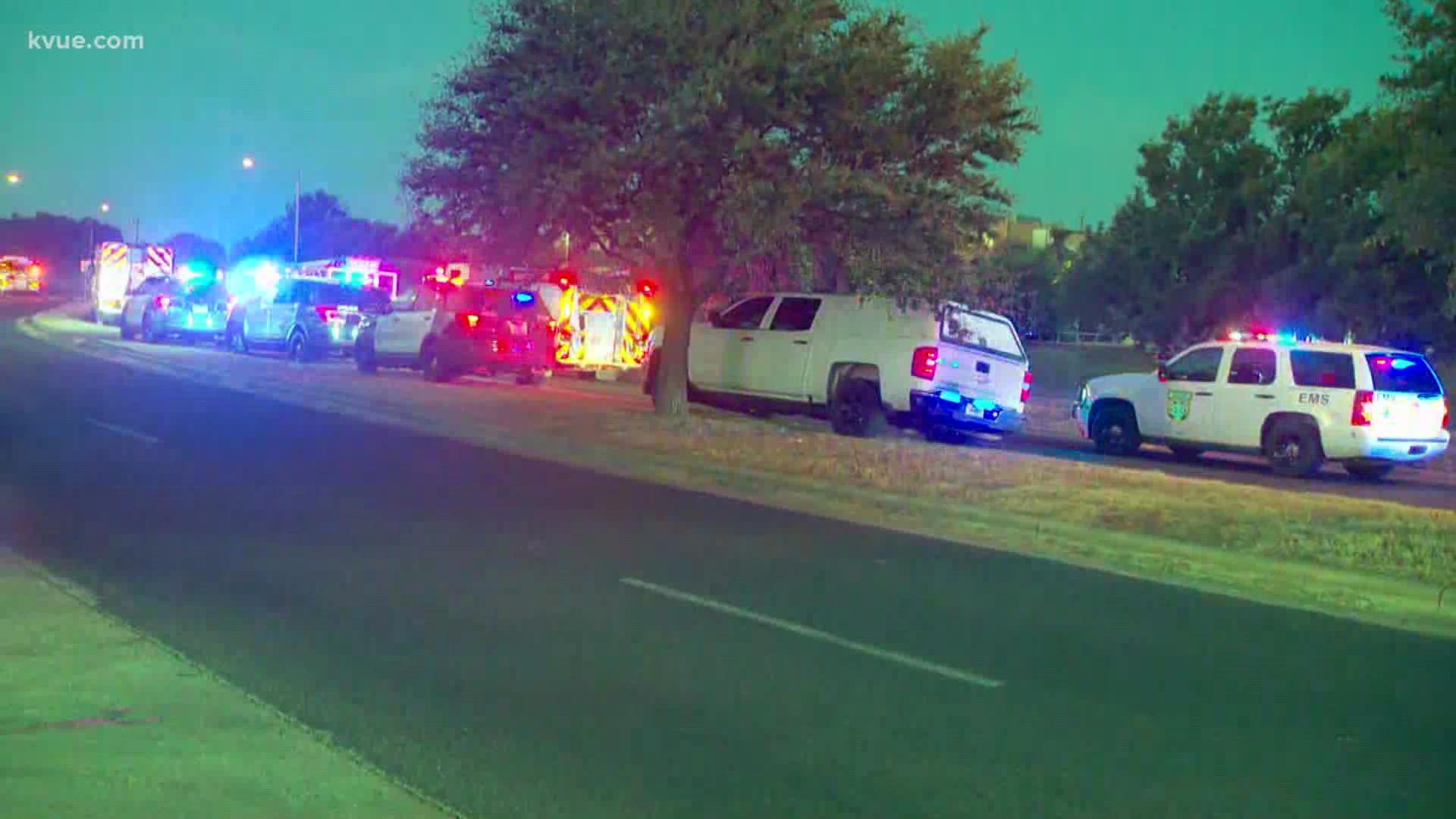 AUSTIN, Texas — Local law enforcement and medics responded to an incident near a southwest Austin middle school Thursday morning. A suspect is now in custody.

Austin-Travis County EMS (ATCEMS) said at 6:20 a.m. Thursday that medics and crews with the Austin fire and police departments were responding to an "active attack incident" incident in the area of West Highway 290 near Monterey Oaks Boulevard. KVUE received reports of heavy police activity near the Monterey Ranch apartment complex on Staggerbrush Road.

Residents were asked to avoid the area and, if nearby, to shelter in place.

APD later said that officers responded to multiple 911 calls that someone was firing shots near Small Middle School, located at 4801 Monterey Oaks Boulevard. The call came in around 5:40 a.m., according to APD.

Austin ISD said it was not a targeted attack, just someone shooting a gun into the air. However, APD said the incident occurred at the Monterey Ranch apartments and police do believe it was a targeted attack, not a random incident.

Police said there was a particular apartment unit involved, but also reports of a man walking around with a gun. Police believe the weapon was a long gun, possibly a rifle.

AISD said that no one was hurt in the incident. However, ATCEMS said one patient was treated for minor injuries at the scene because they refused transport.

At 7:12 a.m., APD said the incident was "not currently an active attack," but officers remained on the scene investigating. Police told KVUE an "active attack" is a response protocol that first responders follow when certain incidents are reported.

APD arrested the suspect in this incident at 6:17 a.m. Officers are speaking with him and other involved parties. Police said it's looking like the suspect will be charged with an aggravated assault-related offense.

ATCEMS said public safety agencies were beginning to clear the scene just before 8 a.m. The start of school was delayed for Small Middle School.