Accident involving two semi-trucks injures one, leads to major back-up on I-35 in Austin

An accident that occurred early Tuesday morning on I-35 involving two semi-trucks led to the driver of one of the trucks to be significantly injured. 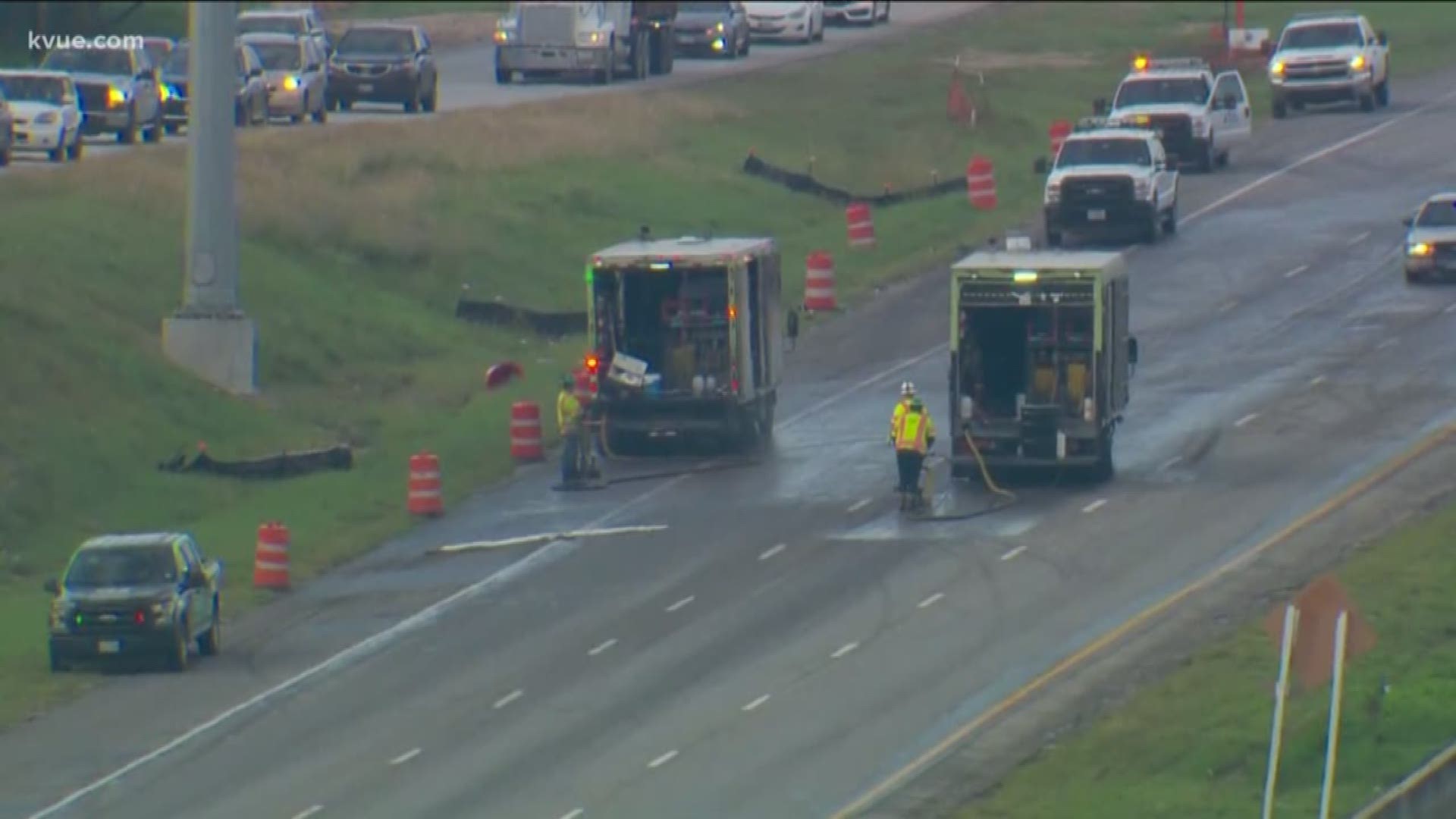 AUSTIN — Just before 2 a.m. on Tuesday morning, Austin Fire and Austin-Travis County EMS responded to an accident involving to semi-trucks on I-35 in the northbound lanes.

The driver of one of the semi's was freed from the vehicle after firefighters worked to disassemble the cab.

Just before 2am Austin Fire and @ATCEMS responded to the 6700 Blk of S IH35 Northbound to a collision involving two semi trucks. Firefighters were faced with a difficult extrication and basically had to dissasembe the cab to free the driver. Extrication took just over an hour1/2

Firefighters stated it took just over over an hour to free the driver, and Austin-Travis County EMS transported the driver to South Austin with significant injuries.

According to firefighters, the accident also led to a diesel fuel spill of almost a hundred gallons, which crews worked to diminish.

2/2 the driver was transported by @ATCEMS to South Austin with significant injuries. Firefighters also had to mitigate a diesel fuel spill of almost a hundred gallons. pic.twitter.com/FtOpZhiXKO

This accident also led to major traffic delays for those driving northbound on I-35 in parts of Austin this morning.