In Austin, there are only two people who can deal with abandoned vehicles. Naturally, that's created a backlog of vehicles that are still waiting to be hauled away. 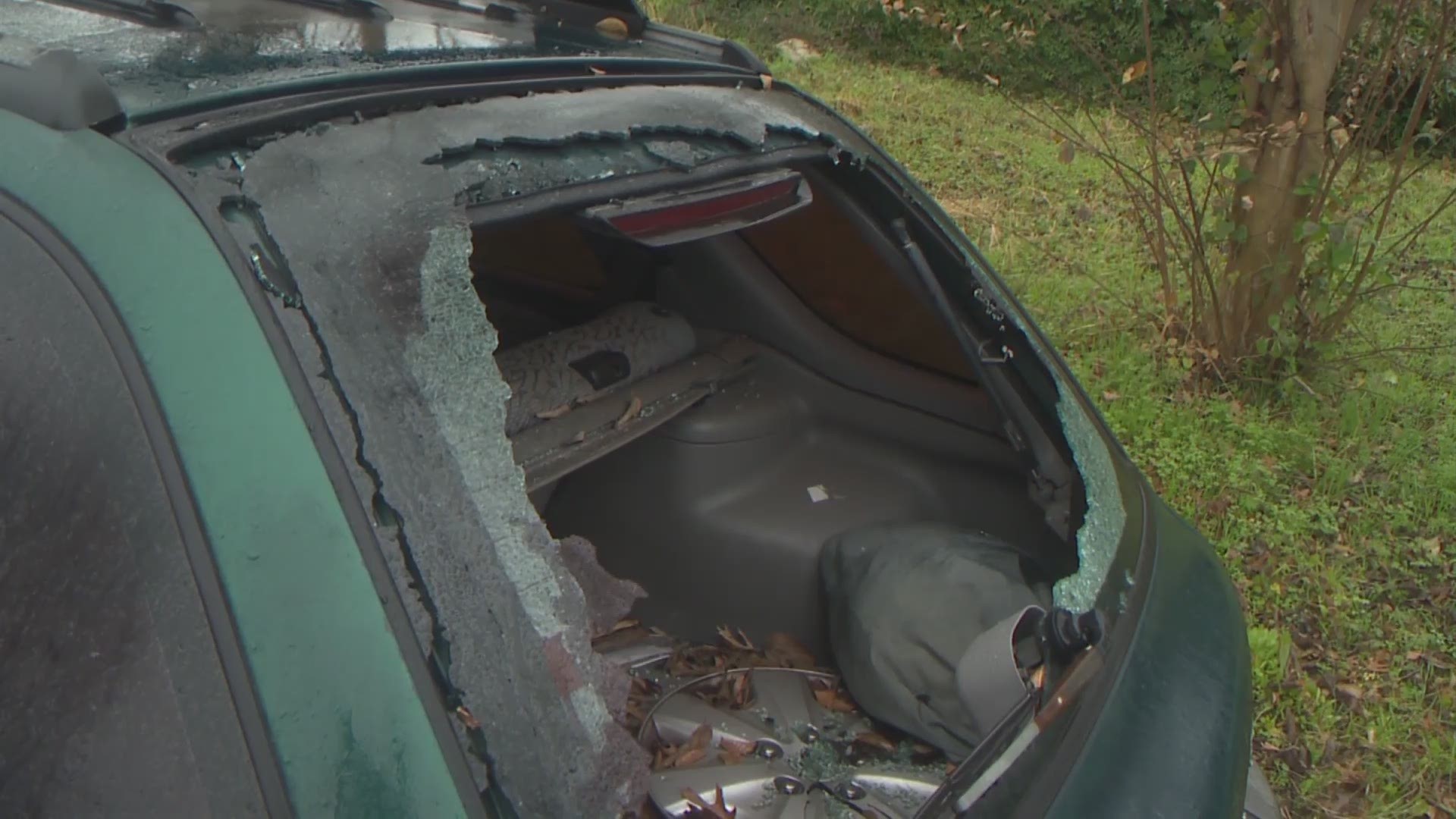 AUSTIN — This may seem like a fairly small problem, but it's big, and there's not a lot of resources to deal with it.

It starts with an eyesore, maybe a run-down looking vehicle parked on your street. But if you call Austin police, you may have to wait.

That's because there are only two officers to deal with abandoned vehicles. Senior Patrol Officer Junior Fuertes is one of them.

"We've received two complaints on this vehicle that has a bashed out rear window in it," said Fuertes.

On Wednesday morning, KVUE'S Jenni Lee tagged along as he responded to one of nearly 1,360 abandoned vehicle calls waiting for him and one other officer in the Vehicle Abatement Unit.

The first call took them to East Austin, where Officer Fuertes checked the interior of the car, which he has a right to do.

"I'm investigating to see if this car is an operable vehicle, yes," he said.

Next, he checked the battery and discovered it was dead.

"So this vehicle received a warning sticker notifying it that it's in violation, it's an inoperable vehicle on public property and it needs to be removed," said Officer Fuertes.

According to Austin police, if you break down the 1,357 abandoned vehicle calls they had on Wednesday, most came from East Austin.

That's 372 complaints. Compare that to only one call from the downtown area.

"I'm not really surprised. I mean, you're not finding abandoned cars in Tarrytown," said Jamie Fraser, a neighbor who has lived in East Austin since 2012.

He has seen a lot of changes.

"All the new construction, all the older houses going away. Gentrification, its happening all around me," said Fraser.

"They do not want something like this in front of their house, it reduces property values," he said.

Property owners don't want it in their backyards either. Which is why Officer Fuertes climbed a fence to tag an abandoned vehicle.

In this case, the property owner called police because the car is no longer welcomed. He said if abandoned vehicles aren't taken care of, it could send the wrong message.

"If you have abandoned vehicles in your neighborhood, they have a tendency, in my opinion, to draw unsavory characters," said Officer Fuertes.

The criteria for vehicles being tagged on the street is as follows: the vehicle is visibly inoperable (flat tires, severely wrecked, dismantled, etc.) or illegally parked (left wheel to curb, too close to the intersection, too far out from the curb, etc). At this time, the city council does not allow the Austin Police Department to tag vehicles for expired or missing registration or inspection stickers. If an officer finds a vehicle to be in violation, an orange sticker will be placed on the vehicle giving the owner 48 hours to fix the problem or remove the vehicle from the street. After 48 hours, the vehicle is rechecked and, if still in violation, the vehicle will be impounded. The owner has 20 days to redeem the vehicle before it is sold at public auction.

Junked/nuisance vehicles on private property must be visibly inoperable and have expired registration or inspection stickers. If an officer finds a vehicle to be in violation, a green sticker will be placed on the vehicle along with information as to why the vehicle is in violation. If a sticker is placed on a vehicle, the owner has 10 days to fix the problem or remove the vehicle from public view. If after 10 days the owner has not remedied the situation, impoundment action will be taken. Once a vehicle is impounded as junked/nuisance, it is titled as such and the owner cannot redeem the vehicle.