For years, Texas foster care leaders have tried to find answers to fix what was once deemed a failing system. What new solutions are on the horizon? 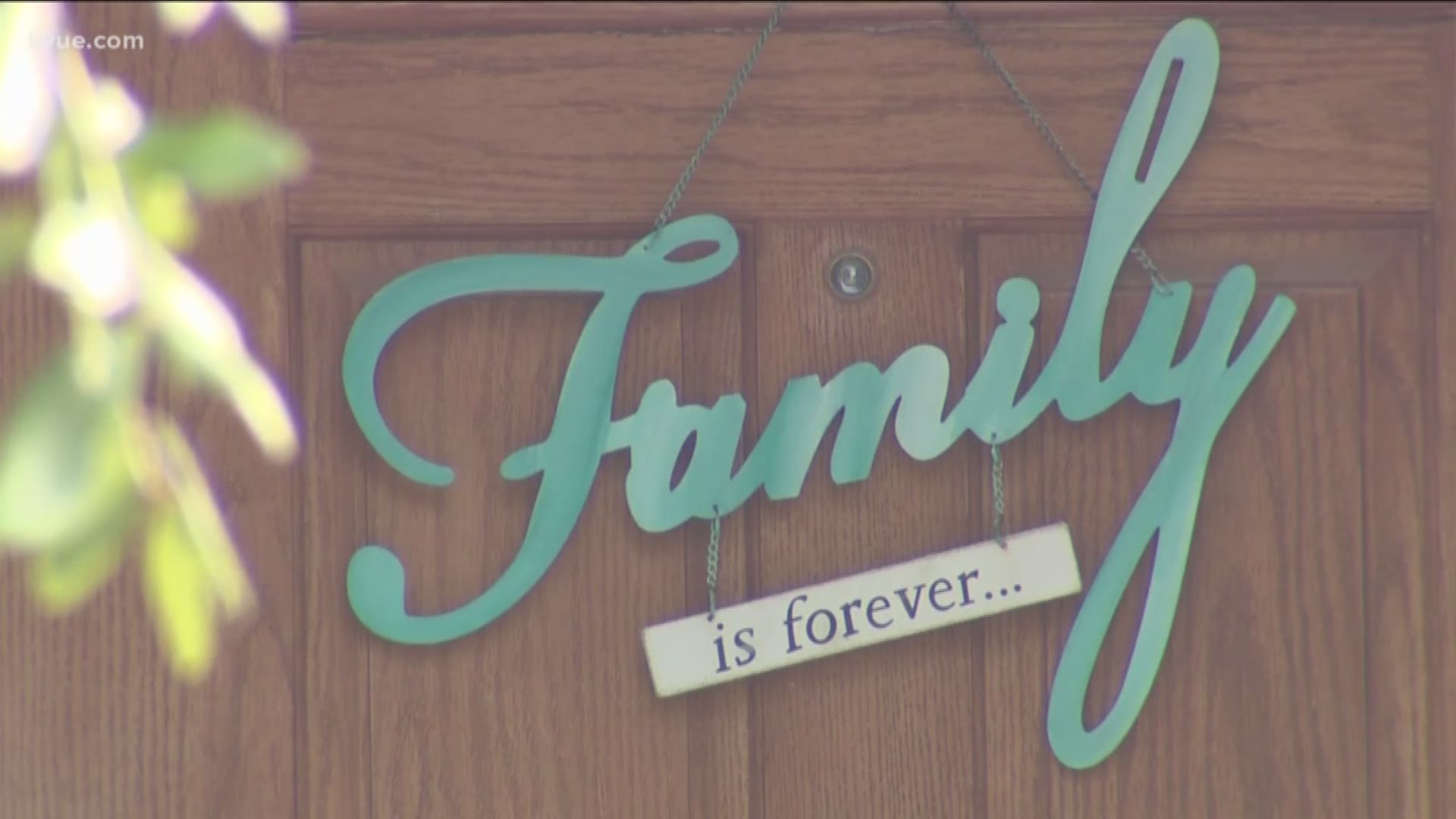 AUSTIN, Texas — Every day, children in the Texas foster care system hope and wait for their forever homes. Meanwhile, the system charged with caring for them faces waves of scrutiny as they try to fix the problems.

In 2015, a federal judge ruled Texas violated the constitutional rights of children in the state's care, forcing department and state leaders to put more effort toward keeping children in their care safe.

Since then, leaders within the foster care system have looked for solutions, and parents like Crystal Sartin and Kelly Wells noticed.

"Now, a lot of times, they are really holding parents accountable," said Sartin.

Since 2011, they adopted five children and fostered three children, two of whom are in the process of being adopted.

Credit: KVUE
Crystal Sartin and Kelly Wells play a game with some of their children

They believe Central Texas is setting the tone for what care should look like, especially in regard to the number of families stepping up to foster and the resources provided by nonprofits in the community.

"[They] are making a difference," said Wells.

However, child care advocates still believe there are issues to address, including a caseworker shortage, mental health support and prevention and community involvement.

Credit: Tegna
More children are leaving foster care than entering it according to data from DFPS

"I’ve seen an increase in new foster homes that are coming into this with a heart for children and their families," said Hallie Graves, an attorney and foster mom.

Leaders with DFPS believe this shift can be attributed, in part, to more foster families stepping up.

We also work extremely hard on placement with kin, and family reunification where that is possible," according to a statement KVUE received from the department.

This new model shifts the focus of foster care services and case management from the state level to local nonprofit contractors.

The goal is to keep children within reach of their home community, keep siblings together, increase safety and improve the number of families able to care for foster children.

"We are still in the early stages in a lot of regions going to the privatized model. I know a lot of good things have happened," said Judge Aurora Martinez Jones with Travis County Associate Courts.

The new model is rolling out in stages and has not reached the Austin region yet.

"We are still in the early stages in a lot of regions going to the privatized model. I know a lot of good things have happened," said Martinez Jones.

However, as Martinez Jones watches the model expand across the state, she worries about oversight of private contractors and the affordability of sustaining the model.

"I understand that the amount of money through the contracts that are available is just not enough to do this work," she said.

In order to keep CBC contractors accountable, DFPS stated those contractors are required to report to the same database the department currently uses to monitor performance.

She hopes community-based care helps her own region who is slammed with cases and does not have enough caseworkers to help.

"It is going to become a system that is unmanageable for as many cases as we have coming through unless we figure out a better way and smarter way to support families," Martinez Jones said.

According to Travis County Court statistics, in 2019, county judges closed 550 CPS cases, but 676 new cases were filed. That is the opposite trend seen in 2018 when they closed more cases than were filed.

When Wells and Sartin lost one of their foster children at 18 months old, they said their CPS caseworker was great, allowing them to make a lot of decisions on the baby's behalf. However, they could tell she had a lot on her plate.

"They are overloaded and they are working constantly," said Sartin.

As Austin continues to grow, Martinez Jones said it is forcing residents to move out of the area, making it difficult for children to get the support they need and families stay together.

Community-based care is the system that intends to help address that.

In 2015, when the federal lawsuit against the system was filed, the number of kids without placement and sleeping in CPS offices was a prominent concern.

While not as prevalent today, that problem still exists.

"Last year, 2019, we CASA had about a dozen of kids that spent the course of the year that spent one night in CPS offices. Most of them were teenagers," said Laura Wolf, the CEO of Court Appointed Special Advocates (CASA) of Travis County.

"They are teenagers with significant behavioral issues, mental health issues, they have experienced a great deal of trauma," according to a statement by the department in regard to the individuals without placements.

DFPS said under community-based care, no kids will go without placements since the contractors are required to find placements for every child, with no exceptions.

However, advocates believe the root of the issue still requires more attention, and that is providing mental health support and preventative services to foster children and their families.

"I think I have seen a big shift in people becoming more trauma-informed," said Graves, who has also advocated for the system for almost 20 years.

According to Wolf, the system is shifting to try and provide prevention services so children do not have to leave their biological families in the first place.

These services could get funding from new federal legislation.

A written, trauma-informed prevention plan must be created, and services must be evidence-based.

Additionally, FFPSA intends to restrict the use of congregate or group care for children and place a heavier emphasis on foster home placement.

“We have a lot of kids who go to a psychiatric hospital and don’t have a next placement when they come out. We don’t want them to go to a residential treatment center. We want them to be in a family-like setting in a foster home," said Martinez Jones, who runs a trauma-informed courtroom.

However, foster care advocates believe Texas lawmakers still need to take the necessary steps in the 2021 legislature to avoid losing the federal funding provided by the act, which goes into effect October 2021.

"We have not had substantial conversations about what state laws need to change. We do have another session on our horizon and that will be the only other session we have before implementation has to occur," said Martinez Jones.

What else is on advocates' radars?

Both Wolf and Martinez Jones agreed the foster care system is going through historic changes.

They recognized, in Travis County, a collaboration between the courts, DFPS, and community stakeholders have improved.

Yet, foster parents feel they still do not have a voice when it comes to their children.

“In general, there is not a specific role for foster parents to play in the court process. That, of course, is where decisions are made about children, their family, what is safe for them, what is best for them," said Graves.

In Martinez Jones's courtroom, she recognizes the importance of including families, who spend extensive amounts of time with foster children, in the conversation.

"I have seen an amazing outcome when a foster family and a parent working in the system have come together and that parents can have some peace of mind knowing who their child is with and the kind of people they are," said Martinez Jones.

She hopes her courtroom can set the tone for others throughout the state.

As the system continues to progress in a new direction, she believes more needs to be done to stop kids from aging out of the system with little support and address the number of teens in the system who are pregnant and parenting.

"It's just very concerning because I am not sure if we are being adamant about the kind of education and support we are providing to foster youth," she said.

In December 2019, Gov. Greg Abbott appointed Jamie Masters as the new commissioner of DFPS, and her decisions will play a big role in moving the system forward.

WATCH: Texas foster care system: Its problems and new solutions on the horizon