A gamer, writer, musician, die-hard Carly Rae Jepsen fan. And he also happens to be blind.

Michael Espinoza has been blind since birth. But don't think that's stopping him anytime soon. 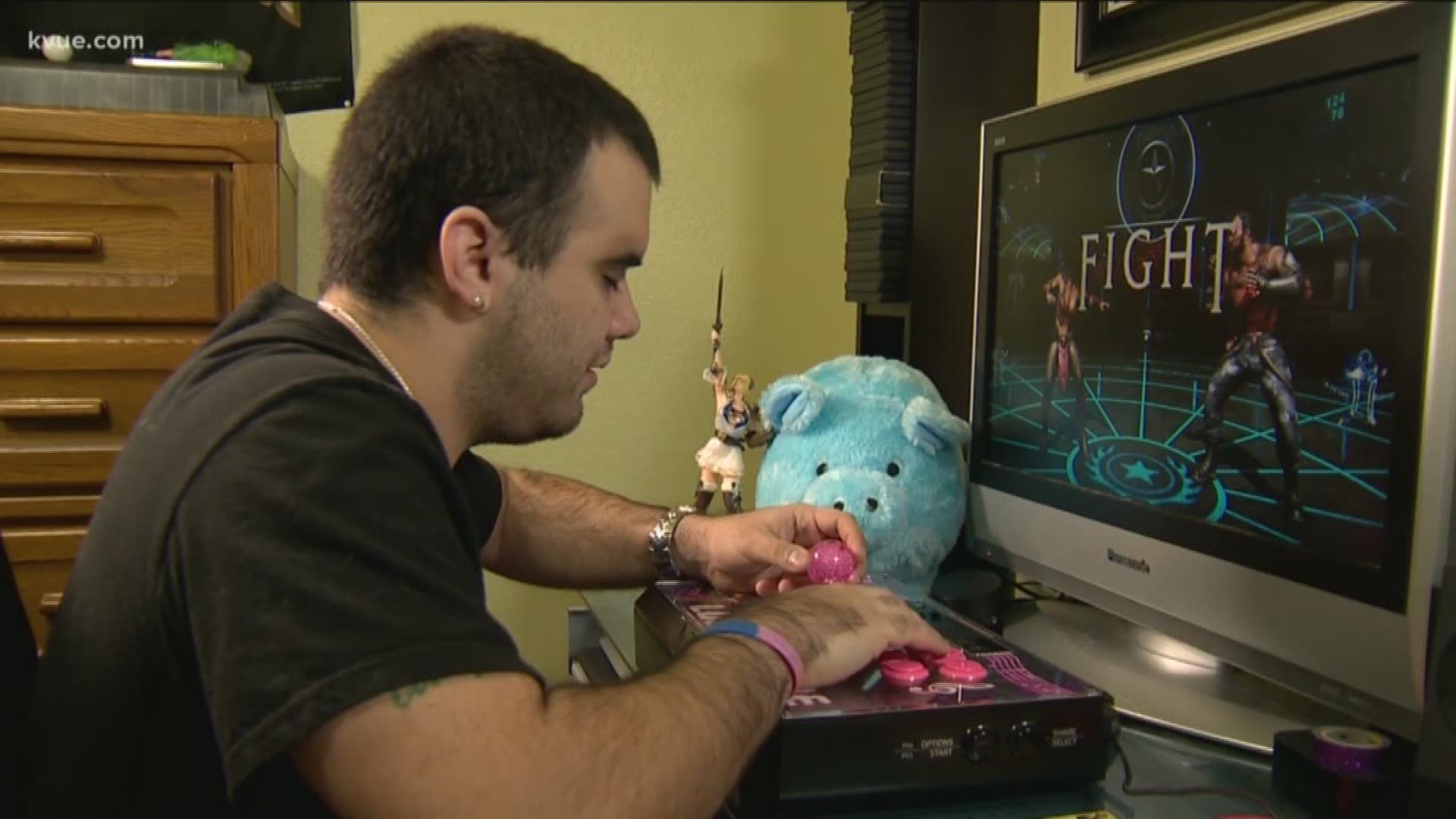 He's been playing games since he was seven.

"There was always a drive to do well," Espinoza said. "And I always felt like I had some potential there, and I just kind-of ran with it."

The thing is: Espinoza is blind.

"I love showing up and then putting on a blindfold and then playing because it doesn’t affect me in any way, but that is straight psychological warfare on the other guy playing," Espinoza said, laughing.

He has been blind his whole life.

"I have a condition called LCA [Leber's congenital amaurosis]," Espinoza said. "I've had it since I was born, so I cannot see at all."

However, his blindness doesn't define him.

"It’s a part of who I am, but it is not who I am," Espinoza said. "I’m a lot of other things before I’m a blind guy. I’m a gamer, I’m a metalhead, I’m a die-hard Carly Rae Jepsen fan, I’m an action figure collector, I’m a guitarist and accordion player, a singer, a writer. I could go on and on on -- things that define me before I would remember to mention blind.”

His outlook on life and the way he carries himself is inspiring.

"Whether it’s a physical disability, an emotional disability, any other issues that someone might be facing that might be preventing them from overcoming things or facing challenges or obstacles, I think my advice would be to remember that you have unique potential," Espinoza said.

Espinoza has a YouTube channel where he showcases many of his amazing talents. He has also been featured on Vice News.