A patient advocate said the prices posted by hospitals are adding transparency, but they are also bringing some confusion. 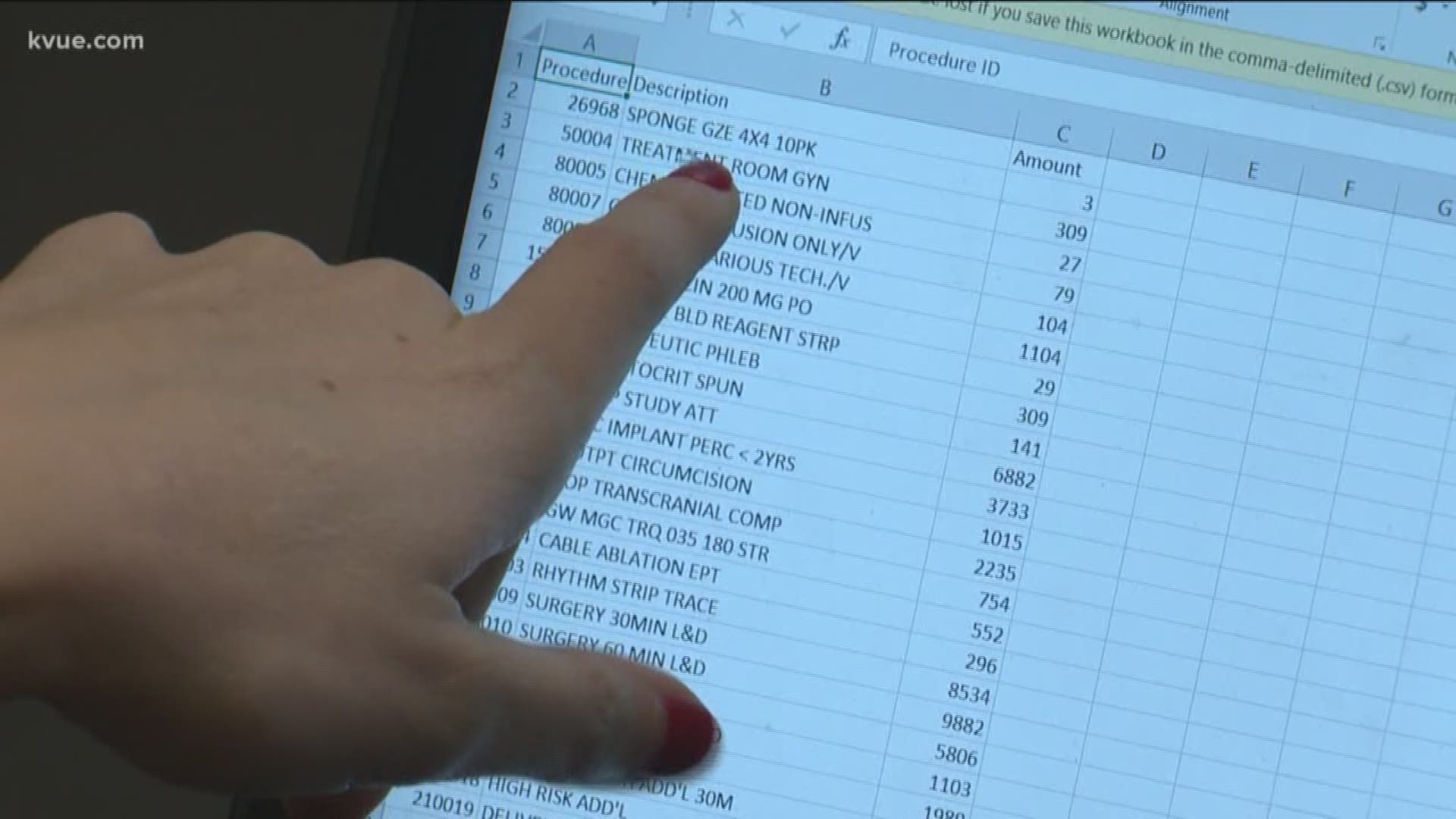 AUSTIN — A new federal rule called for hospitals to post a list of their standard patient charges online.

Candace Wenham, a private patient advocate, said while that's a step in the right direction as far as hospital transparency, there are still some issues.

"There's not necessarily a central database where you can compare all the prices together,” she said. “You, as the consumer, have to do a lot of work to compare all those things together."

Wenham said the prices listed are without insurance. She said the insurance would negotiate the "chargemaster" list, and that is the price the patient would see.

She said the hospitals are, "Trying to make you feel better by saying, ‘Hey, look, we're showing you something super important. You may not be able to understand it, but at least we're giving it to you.’ So, it's kind-of a false sense of security."

Wenham said once you find the prices online, they can be difficult to interpret.

“So, the chargemaster is neat if you understand medical terminology and coding, but a lot of us don’t understand this and you wouldn’t unless maybe you have a patient advocate or you had someone who is familiar with coding to figure it out for you,” Wenham said. “If you can't figure it out yourself, and it's taking you a lot of time, I would just call and ask [the hospital] because that's their job to help."

She also said the list doesn’t include all the potential prices.

She did encourage people to look at the prices to compare them. Wenham said this can be helpful when something like a surgery is planned.

“You can do your research, and you can save yourself a lot of money,” she said.

“There are very few not-for-profit hospitals, but they are around and they charge half the cost,” Wenham said.

Wenham said to look for hospitals with a good record for a low death rate, and also suggested patients look for bundle options if they are getting an operation, to help save money.

Wenham said the posted prices are a step in the right direction.

“The more transparency we have, the more competition, the more prices are going to be driven down,” she said. “It’s all good as far as what’s happening. It’s not perfect, but it’ll start driving the prices down, so this is all going to be for the better.”