Mold, construction and no running water is what some tenants at 9500 and Mueller Flats apartment complexes are dealing with. 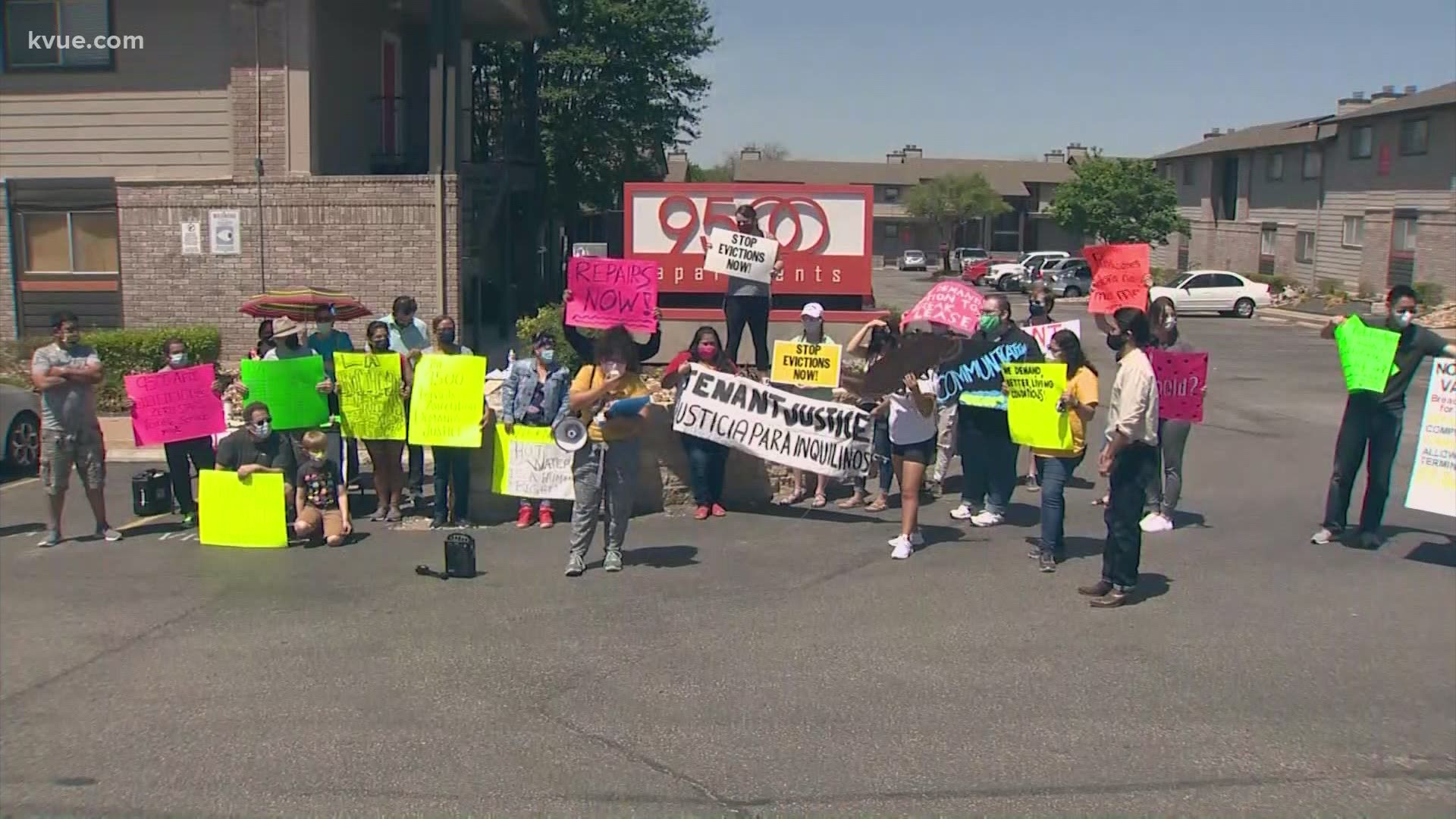 On Saturday, dozens of upset renters came together to demand action from their apartment managers. It was the newly formed Mueller Flats Tenants Association and 9500 Tenants Association. Both groups were built out of despair for a habitable home.

The two groups grabbed their signs and marched in solidarity to both management companies and dropped off a list of demands for compensation, accommodations, lease termination without penalties and open communication.

"To compensate tenants for the cost of enduring four weeks without water and eight weeks of uninhabitable conditions," said Alexis, member of 9500 Tenants Association.

The historic winter storms happened almost two months ago, but a resident at Mueller Flats who doesn't want to be named is still suffering from it.

"You can see where they pulled the drywall to fix other leaks," said the tenant.

You can see mold growing in almost every closet. He said it's from a busted pipe that flooded his home during the storm.

"They've done nothing," said the tenant.

"Infuriated, violated – it's undignified to be expected to live in conditions like this," said the tenant.

Outside of the 9500 Apartment complex, renters told similar stories.

"Jose and his family have been without water for two months," said Alexis.

Jose showed us inside of his apartment – no kitchen sink, no faucets to be found in any restrooms. He said management removed it right after the storm, so he, his wife and two children have been showering at a friend's house and eating fast food.

Jose said both he and his wife are developing rashes from exposure to fiberglass. He said the complex won't speak with him even though he is paying $1,300 in rent monthly.

"When he goes to the office, they don't open the door," said an interpreter for the Spanish speaker.

HAPPENING NOW: Tenants at Mueller Flats Apartments and Arbor Creek apartments are protesting against management for negligence after the winter storm.

They say their units are not liveable and have not been fixed since the storm. pic.twitter.com/Id8Qxp5dbF

The tenants are calling for accommodations, lease termination without penalties, communication and compensation.

"The City stands behind y'all until the law is made real and just here," said District 4 Councilmember Greg Casar.

KVUE reached out to management at both apartment complexes for a statement but we did not receive a response.

The groups challenged the management groups to respond to their requests within 48 hours.

AISD down in attendance by 5,000 students during the pandemic