He's been hoping for almost his entire life – a son wanting to know what happened to his father at war. As the decades went by, that hope slowly faded. Until now. 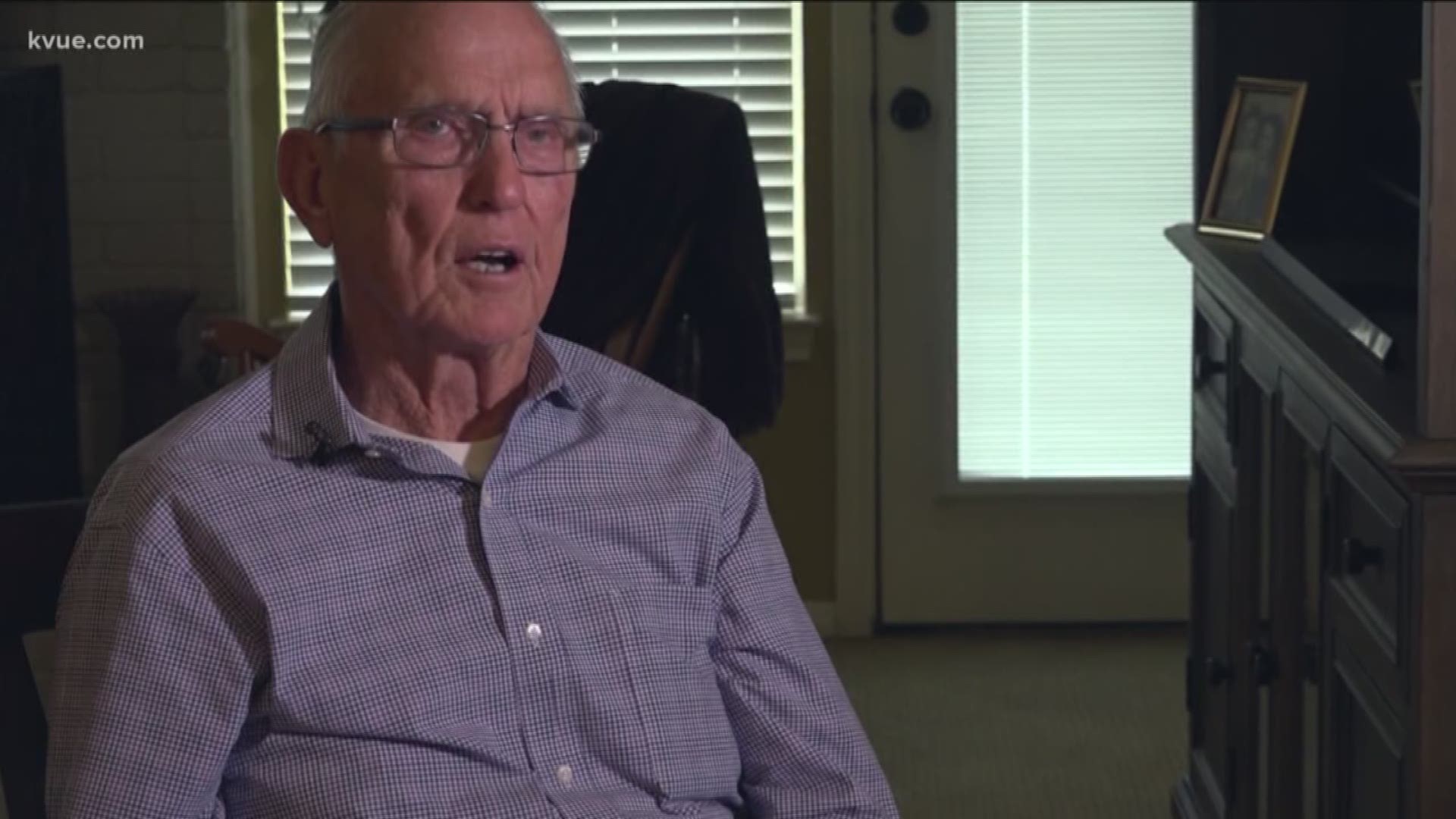 PFLUGERVILLE, Texas — He's been hoping for almost his entire life – a son wanting to know what happened to his father at war. As the decades went by, that hope slowly faded. That is, until now.

Sam Storms grew up in South Texas, and now lives in Pflugerville. His dad, Harvey Harold Storms, believed in serving his country.

"He loved the military," Storms said. "He was respected because of that, too."

Storms' family moved to Japan during World War II, spending part of his childhood there. They eventually did move back, before his dad volunteered again to serve in the Korean War. Even with his dad gone, he left his mark on his son.

"Every once in a while, I would catch myself saying, 'What would Daddy do?'" Storms said.

Storms' dad and mom would consistently write letters to each other through his time overseas. In 1950, some of those letters started to be sent back to his mom with a "return to sender." Then, in January 1951, two U.S. soldiers came to Storms' front door and gave his mom some news they didn't want to hear.

"That's where they told her that they don't know what happened to Harvey," Storms said. "He was identified as MIA, which is missing in action."

Storms was only nine years old at this time, the oldest of three boys with his mom having another boy on the way. Other than the returned letters and the military's message, Storms' family didn't know what happened to their husband and dad. There could have been many dishonorable or illegal things he could have done. When someone in the military gets the "MIA" status, that is a very open-ended situation. This lack of closure can be tough to grapple with.

"He was just a memory," Storms said.

Even so, Storms and his family did hear scary and violent stories from some people who served with his dad about what happened to him.

"I thought, 'You'll never find Daddy because he's burnt up,'" Storms said. "Knowing what happened to him was just a hope we had."

For nearly 70 years, Storms clung onto the many letters his dad wrote to his mom. That all changed in late July.

Storms got a call from someone with a group that identifies missing veterans.

"He said, 'We found your daddy,'" Storms said, with a long pause. "I said, 'What? You're kidding?' I started bawling. I had to pull off the road. I was overwhelmed."

North Korea recently turned over 55 boxes of remains to the United States, China and South Korea from past wars. One of those was Storms' dad. It was a moment Storms and his family never thought they would get to share with one another. They were overwhelmed with emotion when it became a reality.

"I was filled with disbelief – joy," Storms said. "There was a sense of closure that filled me. We had hope but didn't expect anything. This was really special."

While Major Storms' remains are back on U.S. soil, his son and his family don't have them right now. They will in about six to eight months, and they plan to bury their war hero in Virginia's Arlington National Cemetery.