Roberto Reyna, 36, was shot and killed outside of his East Austin home in 2013. His mother says no one has come forward, and no arrests have been made. 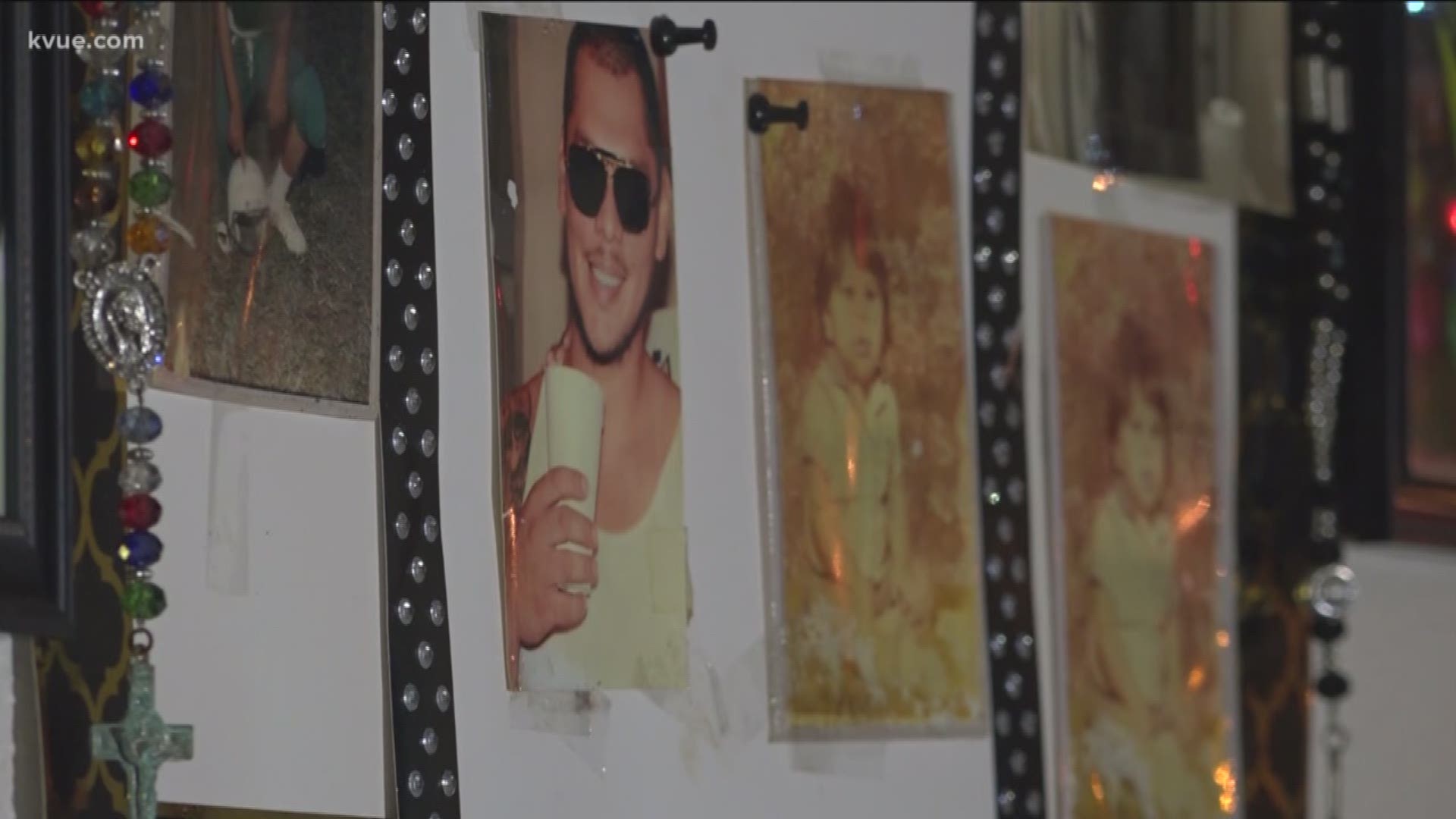 AUSTIN, Texas — Eva Reyna is pleading for justice six years after her son, Roberto Reyna, was shot and killed outside of his East Austin home.

“It’s horrible," said Reyna. "It would be a nightmare to any mother, especially when you don’t know what happened."

Six years ago, police told KVUE a call came in on July 19, 2013, from the 3500 block of Gonzales Street in East Austin just after midnight.

Roberto Reyna had died from a gunshot wound to the chest outside his home. Police said the suspect left in a dark-colored SUV and fled toward Springdale Road.

KVUE reached out to APD for the latest update on this case, but police have not yet responded.

The sketch below was released in 2013, but Reyna's mother says no one has come forward and no arrests have been made.

Credit: Austin Police Department
A sketch of the suspect (from 2013) who police believe shot and killed Roberto Reyna on July 19, 2013.

There is still no known motive. Roberto's mother can't understand why this happened.

Roberto Reyna left behind three children and would have been 42 this year. His mother says he ran his own auto upholstery business and was a certified mechanic.

Ultimately, she's hoping for justice and pleading for someone to come forward.

"Anyone, even if it's the smallest detail – don't think that it's not important," she said. "Every detail's important. We'll take what we have, whatever we get."

Marvel Phase 4 kicks off with Angelina Jolie, 'The Eternals'