Multiple agencies are searching the area of Hatter Cove at Lake Travis to find the body of a man who is believed to have drowned on Saturday. 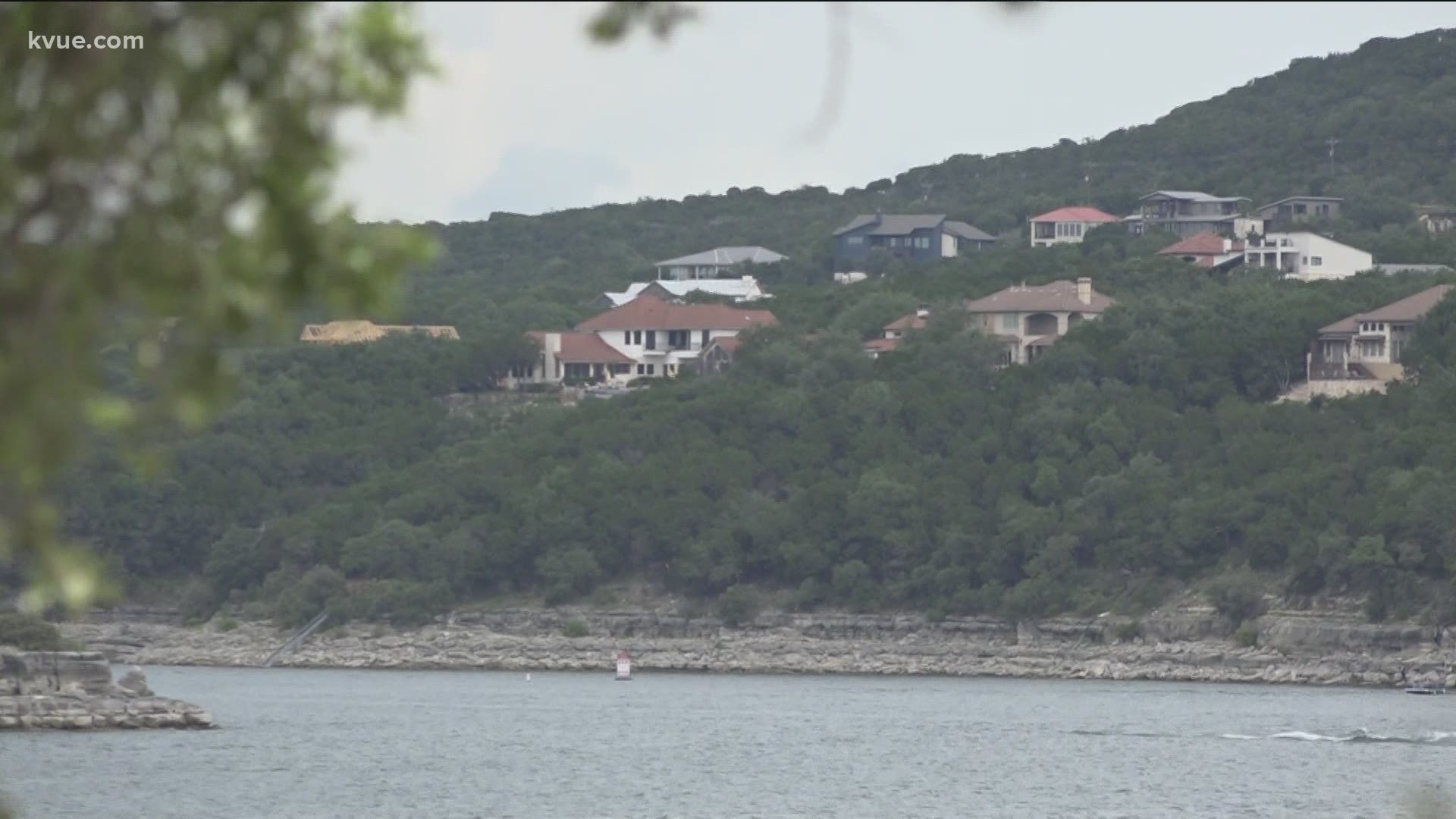 TRAVIS COUNTY, Texas — Editor's note: The body has now been found. For the latest, click here.

First responders are still searching for the body of a swimmer who went missing at Lake Travis on Saturday. A game warden told us the man who went missing was in his 30s and went under while trying to help a friend who was struggling in the water.

The Travis County Sheriff's Office is using sonar to search and, once they find the approximate area of the body, they will send down dive teams.

Because Lake Travis is so big, first responders say it is important to know where you are at, if you end up having to call 911.

"So if you can take note of mile markers on the lake, there's a buoy that's labeled with a number every mile along the lake. So if you've noticed that, know where you are, if you know the name of the specific cove that you're swimming in or recreating in, that's helpful,” said Captain Darren Noak, an Austin-Travis County EMS Public Information Officer.

The sheriff's office said the area they are searching is as wide as a football field and 10 stories deep, which is why recovery takes time. They are looking in the area of Hatter Cove, across from West Beach.

Emergency crews also responded to three propeller injuries over the weekend. One woman injured her thighs while the other two people received foot injuries.

“Before you go to start your engine and put your boat in gear, you want to do a, what we call a 360-degree walkaround,” explained Captain Noak. “Check the water immediately, all the way around your vessel, before you start the engine and then subsequently put it in gear."

You also need to be aware of other boats in the water when you are swimming, for multiple reasons.

“If you hear that engine start, not only to avoid a proper injury, but also we want to you to be cognizant of the possible carbon monoxide exposures too. So floating around the back end of a boat that's running for a while, that carbon monoxide kind of hovers right above the water and can quickly affect someone and cause ill effects by being exposed to that carbon monoxide," said Captain Noak.

Of course, always wear a life jacket, and keep an eye out for people in your group. First responders warn that drownings usually happen quickly and quietly, so look for signs of distress.

“If the head is tilted back because that person is trying to get their nose and mouth up out of the water as a last resort,” said Captain Noak, about some of the signs of distress. “We also see what's called, like, ‘climbing an imaginary ladder’ or something of that nature.”

He also said to look out for people that have hair over their face and are not moving it out of the way.