Charley Wilson's grandparents opened Callahan's General Store in 1978. Now, sales of chicks and local natural and organic chicken feed are at the store's highest levels yet. 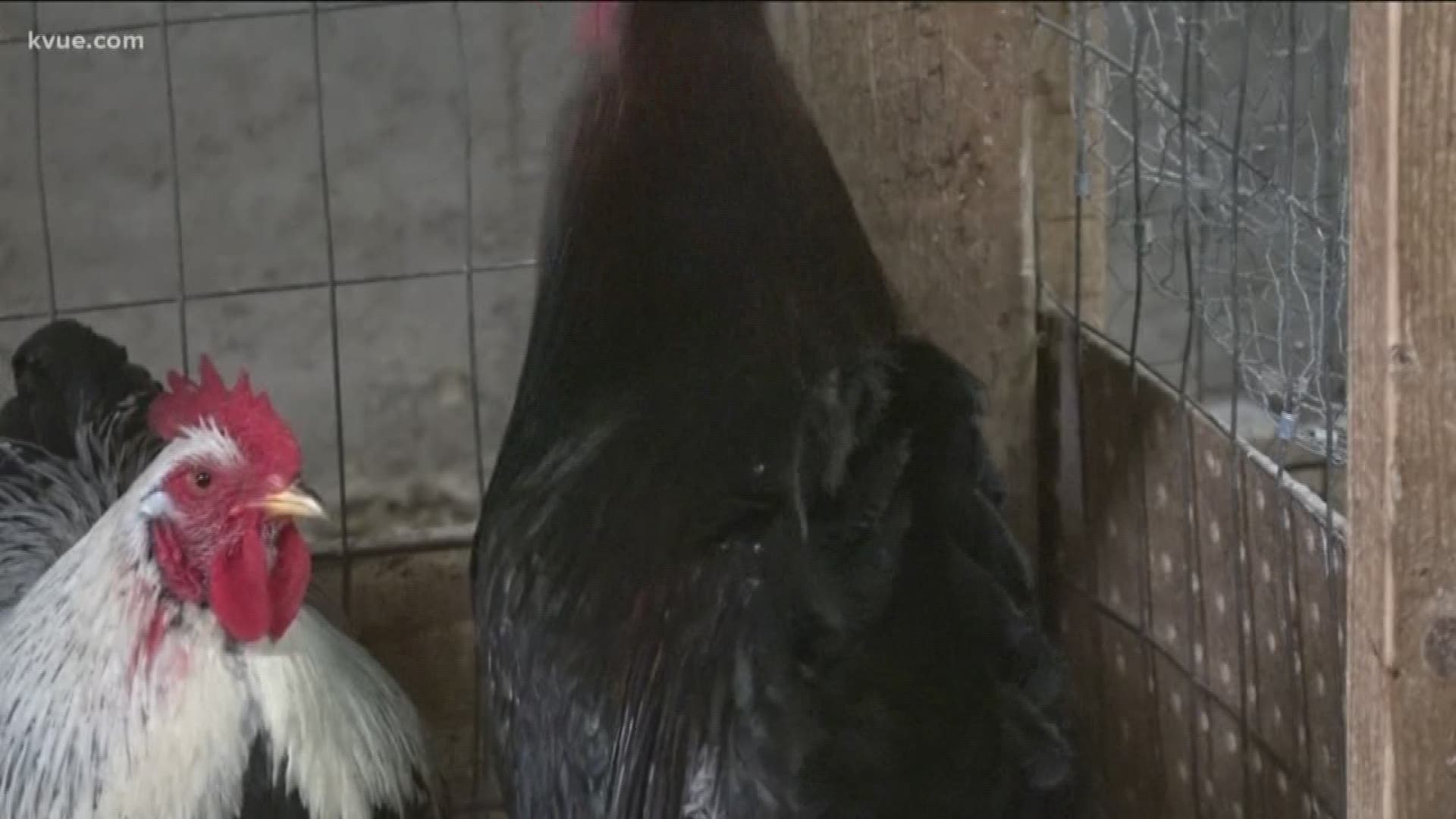 AUSTIN — Years ago, farmers made their living in far East Austin.

Now, many families are choosing to raise chickens right at home.

Charley Wilson's grandparents opened the store in 1978. Now, sales of chicks and local natural and organic chicken feed are at the store's highest levels yet.

"The percentage of that growth differs from year to year, but it's been on the incline,” Wilson said.

Tens of thousands of dollars in the past year.

"The people of Austin are looking for unique ways to support the environment,” Wilson said. "[To] support the sustainability of the food chain.”

There are a number of reasons more people are buying chickens and feed.

"With respect to chickens, they are used for laying eggs and for consuming the eggs. And for having as pets. And for keeping the bugs away," Wilson said.

Wilson says if you bring your chicken indoors...

"Make sure you're cleaning after the bird. And not introducing any uncommon germs into the house."

You could say Austinites have taken a “chicken challenge.”

"I'm not sure there's a place quite like Austin that takes it seriously,” Wilson said.

Keeping livestock – like chicken, bees and goats – is allowed in most residential areas in Austin.

The city also offers free chicken keeping classes and a $75 rebate for a chicken coop.