Austin is 178 years old Wednesday! Here are some fun facts about our city to celebrate. 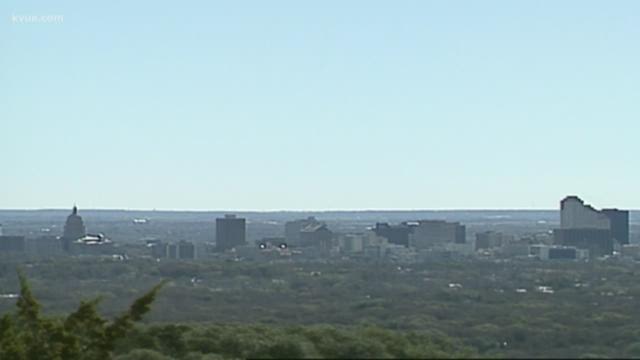 The beloved city of Austin, also known as the live-music capital of the world, celebrated its 178th birthday Dec. 27.

Here are 40 fun facts about our favorite city:

1. Austin wasn't even originally called Austin. It was called "Waterloo", and the name was changed in order to honor Stephen F. Austin, the "Father of Texas" and the republic's first secretary of state.

4. The Circuit of Americas in Austin is the only Formula One race track in the entire United States.

6. Until 66 million years ago, Austin was entirely underwater. It was also home to 10 underwater volcanoes called "explosion craters", which is why Austin's cliffs are made of white, crumbly rock known as "Austin Chalk."

8. The Texas State Capitol building in Austin is the largest state capitol in the United States.

9. Austin has been the filming location for various well-known movies such as Miss Congeniality, Dazed and Confused, Boyhood, Spy Kids, and Kill Bill: Volume 1.

11. Austin is the only city in the world known to still operate a system of Moonlight Towers, 165-foot tall structures from the 19th century, to light up the city at night.

12. While the U.S. Census Bureau estimated the city's population at 947,890 in 2016, Forbes named Austin as the fastest growing big city in the United States.

13. Austin is home to the largest bat colony in North America. Around 1.5 million bats emerge from under the Ann W. Richards Congress Avenue Bridge just before sunset every day from March to October.

14. In the late 1800s, a serial killer known as "The Servant Girl Annihilator" terrorized Austin. The killer has been compared to England's notorious Jack the Ripper. Some even speculate it was the very same man.

15. More than 10 percent of Austinites are of German ancestry.

17. The only legal nude beach in Texas is Hippie Hollow at Lake Travis. Austin is also the only city in the state that doesn't have legislation preventing ladies from "hanging it out" for all to see.

18. Austin's unofficial slogan to "Keep Austin Weird" originated in 2000, when a local librarian, Red Wassenich, used the phrase on a local radio show.

19. Austin is nearly the same size as New York City, over 280 square miles.

20. Austin is considered the live music capital of the world because of it's 200 live music venues and 2,000 bands and performing artists.

21. There is a Lyndon B Johnson Library and Museum located on UT Austin's campus that holds documents and artifacts from the Johnson administration, including LBJ's limousine and even a re-creation of the Oval Office.

22. Austin soaks up the sunshine pretty often, getting on average about 219 clear days a year, according to the National Oceanic and Atmospheric Administration.

26. In addition to “Live Music Capital of the World,” Austin is known as the “Violet Crown City,” a reference to the purplish light cast over the hills on winter evenings.

27. South by Southwest (SXSW) kicked off in 1986 after three staffers at The Austin Chronicle created the idea for a local festival to showcase Austin's musical talent.

28. In 1989, Austinite Vince Hanneman started piling pieces of scrap like bicycle frames, bottles, CDs, air-conditioning vents and more. Today, the Cathedral of Junk is still standing and open to visitors.

29. Austin is also nicknamed "Silicon Hills" due to the many tech firms that have moved here like IBM, Texas Instruments, Motorola, Dell, and more.

30. Actor Mathew McConaughey was actually arrested on a drug-related charge in Austin in 1999 for dancing naked and playing the bongo drums.

31. Austin is well known for its food truck scene, which started in the early '90s with a few family-owned taco carts on South Lamar Street. Now, there are close to 2,000 food trucks throughout the city.

32. Since 1963, every last Saturday of April has been celebrated as Eeyore's birthday party. What started as a party for the Winnie-the-Pooh's depressed donkey friend, was originally a picnic for English Department students at UT Austin.

34. The Austin-Round Rock metro area has its very own Bigfoot - named Hairy Man, who allegedly lives on Hairy Man Road.

35. Austin is ranked one of the most dog-friendly cities in the U.S. with its 12 off-leash parks, dog friendly restaurants, and hotels.

36. Andy Roddick is the first Austin resident to have won a Grand Slam singles title in tennis, having defeated Juan Carlos Ferrero in the 2013 US Open.

37. The father of notorious Texas outlaw and assassin, "Killin' Jim", was a stonemason. Legend has it, he was a part of the construction team that built the first capitol building in Austin.

38. Singer Janis Joplin got her start in Austin at Threadgill's — a gas station and restaurant where bands played for rounds of beer.

39. In 1861, most of Texas voted to secede from the Union and join the Confederacy— except for Travis County.

40. Austin is the most populous city in the country without a pro sports team.

What fun facts do you know about Austin?

Corrections and updates: This story has been updated to reflect that Bess Bistro is no longer open for business. The Hairy Man is a legend in the Austin-Round Rock metro area. The number of clear days in Austin has been changed from 300 to 219, according to NOAA.